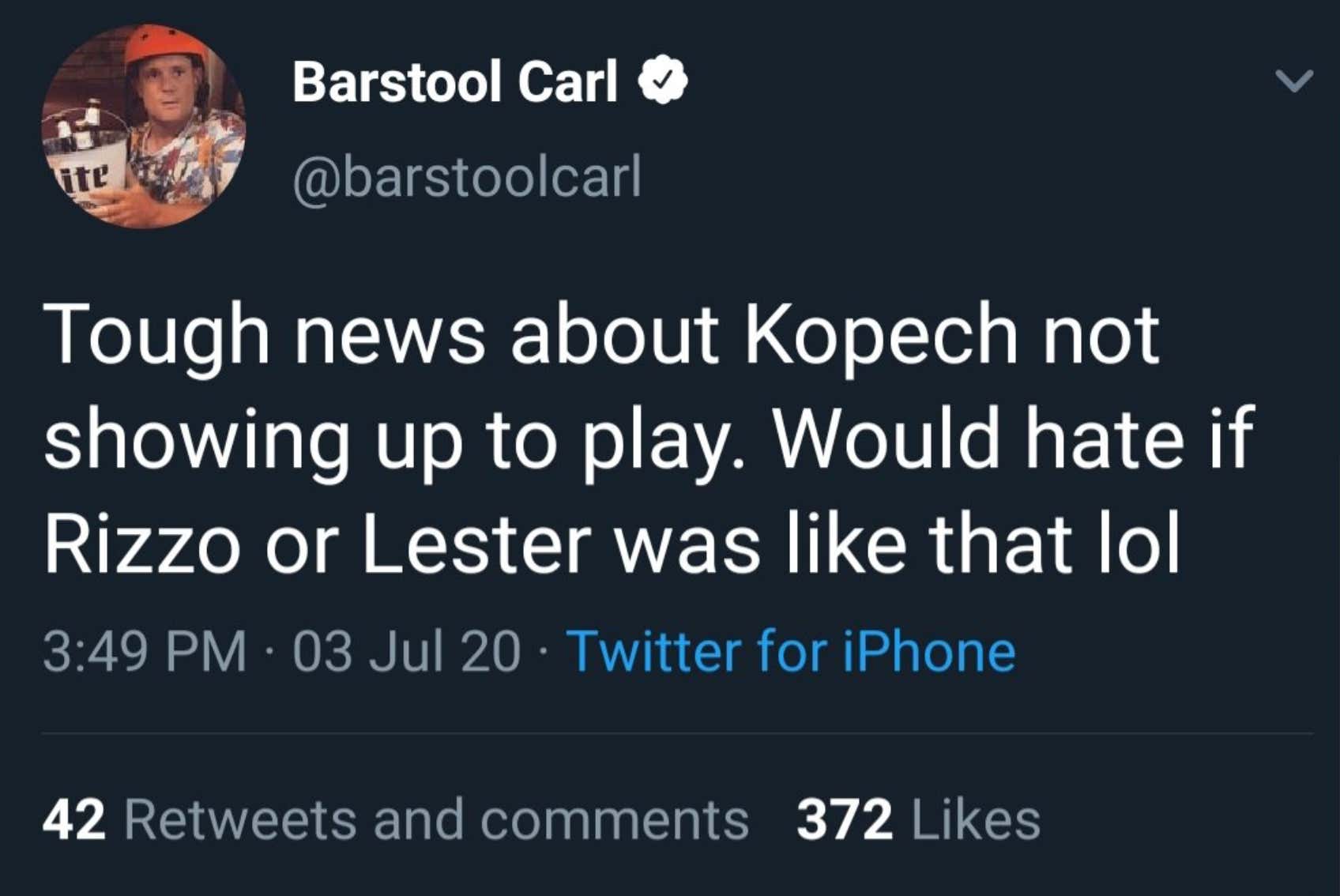 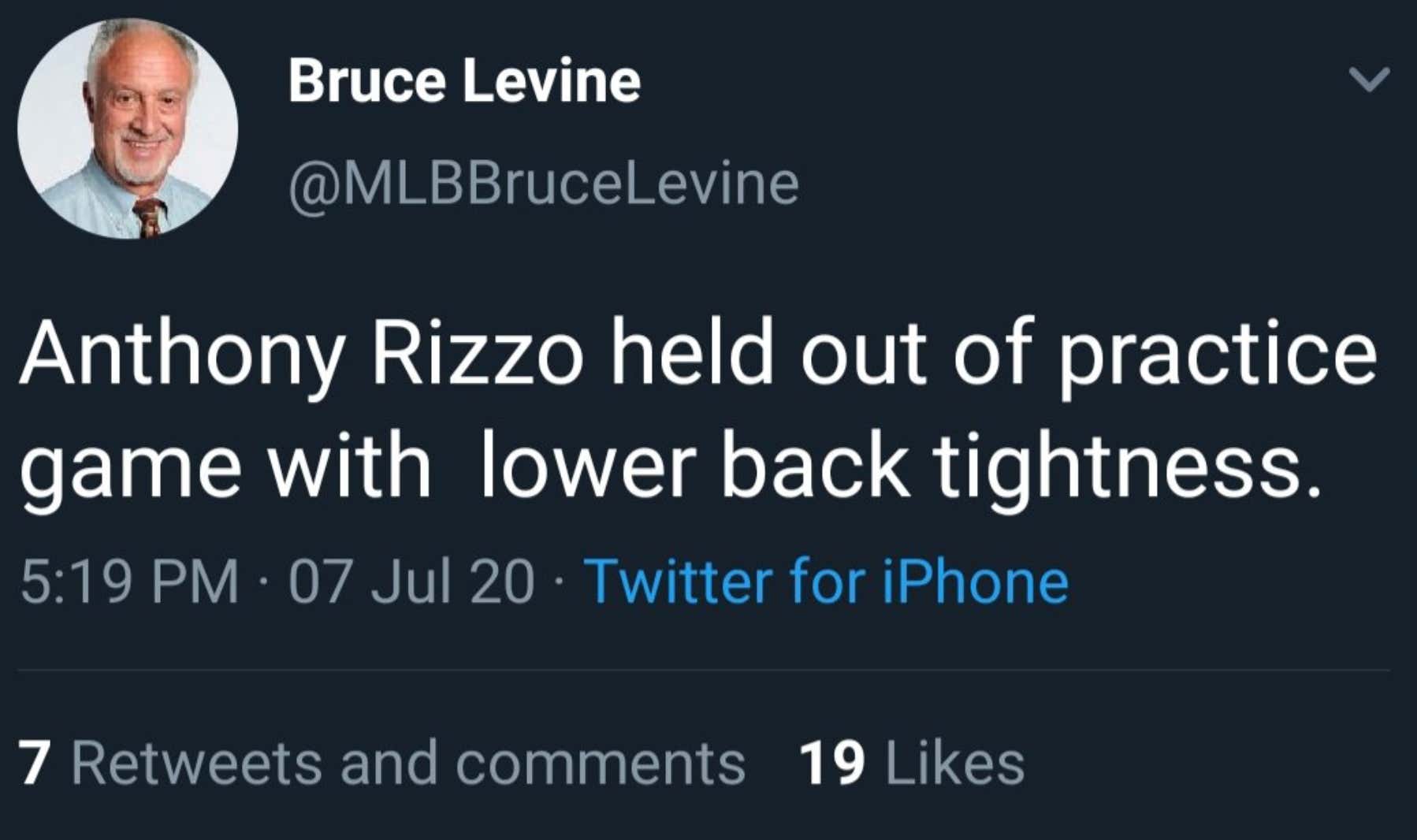 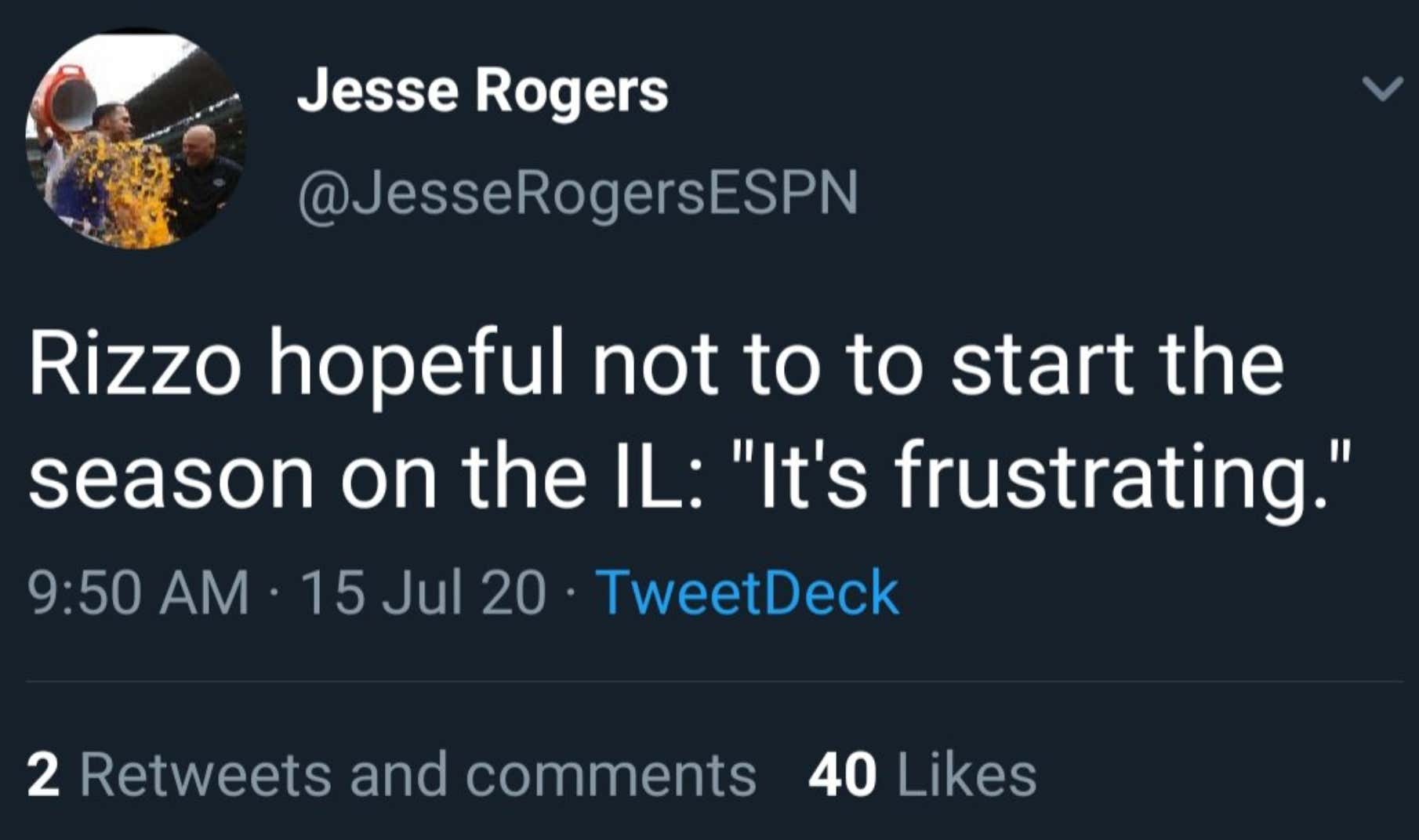 Now I am NOT happy that Rizzo is on the DL in any way, shape or form. I've told him to my face he's one of my favorite players because he's so goddamn tough and a perfect guy to build a team around. But I'd be lying if his situation isn't some form of poetic justice and that the baseball gods have smited Carl.

In a 60 game season, you need all ~30ish players firing on all cylinders and there can't be many hiccups with injuries or poor play otherwise your season is pretty much fucked if the depth isn't there. For the first time in a long time, the MLB season is a sprint, not a marathon. Have a shit 5 game skid? Season over. Best player on the IL for 10 games? Yeah, you're fucked.  Shitty bullpen? See ya in 2021. It's going to be a WEIRD year, needless to say, and Rizzo possibly missing time is NOT good for the Cubs playoff chances. There just might not be enough time to dig out of big holes.

We also had Mike Kelly who's an analytics nut for NHL Net on the show today breaking down the looming Hawks vs. Oilers series. In layman's terms, he's a nerd who can break down hockey better than anyone you know and *SPOILER* he does NOT like the Hawks in 2 weeks. But that doesn't mean he doesn't have winners for all of us degenerates out there. I'll take his advice over that half wit chief's advice all day, every day.

Oh, and our all world MLB might own the Mets:

#SonsOfUribe is coming FULL CIRCLE and I LOVE it. Oh and Da Coach also is dipping his toes into pro sports ownership: