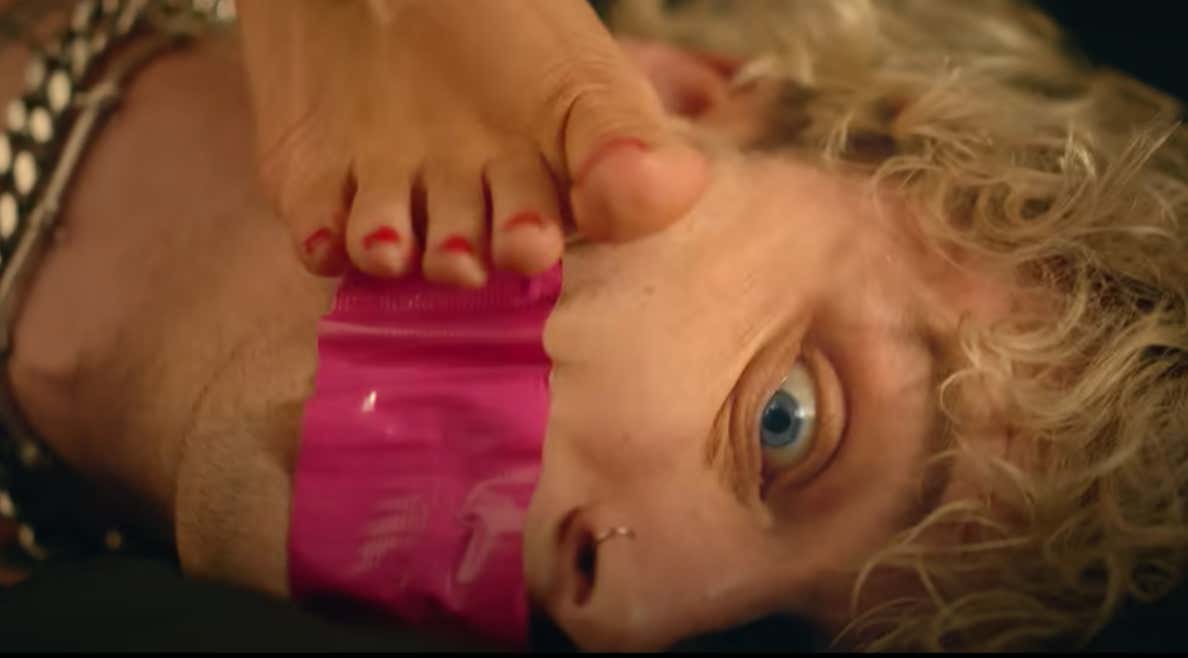 “It’s no secret. I think feet are beautiful,” he told the publication on Monday, July 13. “And I think Megan has the most beautiful feet that exist.”

Kelly then recalled a conversation he had with Fox about having her feet appear in the video, adding: “I was like, ‘Megan, you already know what I’m about to ask you. And she was like, ‘Yea, I literally got a pedicure just ‘cause I knew you were gonna ask me that.’ So I was like, ‘All right. Well, plop it on.’”

Listen, we all have our weird things that make us go. For some of us it could be the simplest thing in the world like boobs or butts, for others it's shit none of us would ever think. Machine Gun Kelly loves a good pair of feet, specifically Megan Fox's. If it were me I'd probably be all about other features of Megan's, but that's me. I'm not the one dating Megan Fox.

If I can be frank with you, I don't think I'd ever notice Megan Fox had feet if I were dating her. I would never once avert my eyes from the rest of her to notice what helped support her legs. Zero care the world what those things looked like. We could be taking webbed feet like Alice Eve in She's Out Of My League and it really wouldn't bother me for a second.

I'd actually forget about it the next day because it's that unimportant. I'm just not a feet guy. Never have been and don't plan on being one in the future. Not once has the inner Rex Ryan come out of me and had me experiment with feet. Never understood how sucking on one's toe is hot or in anyway sexy. Just kinda gross and an easy way to get sick, but hey once again, we're not judging here. If Megan Fox's feet are what get your rocks off then go nuts Colson. You're doing life way better than 99% of us right now.

I could be wrong here, but I think after doing some digging MGK's new rock album comes out Friday. Those plans could be pushed back after the sudden death of his dad last week, but who knows. I just want more songs like this one.