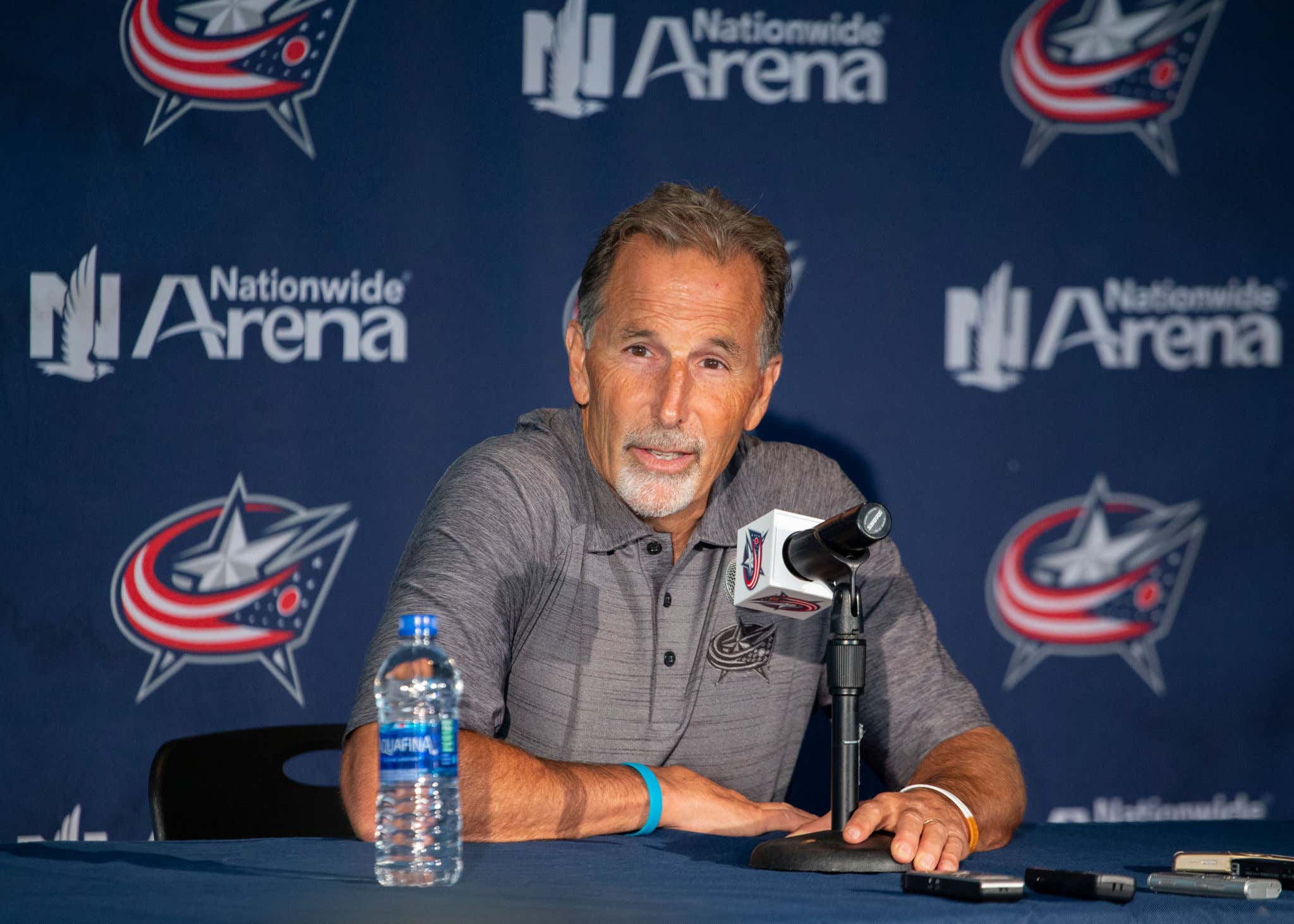 How often does a reporter in a post-game presser ask a meaningful question that actually adds something to the story? Very rarely, if ever. It's always the same thing night after night and all these same questions get answered with the same canned responses filled with coach jargon and hockey cliches. The age of relying on quotes for stories is pretty much dead. Nobody cares about them anymore because they're all the same.

With that being said, the only time that post-game press conferences get interesting is when shit starts to hit the fan and guys like Torts start to lose their goddamn mind. So if Torts puts a 5-second rule in place and all of a sudden all the ~*credentialed media members*~ start to take 7-8 seconds to come up with a question to ask him? Well at the very least, the man is going to lose his mind and it's going to be incredible content. At the very most, he's going to go on a rampage and kick the shit out of all the reporters. But that's the risk you gotta be willing to take if you want to be a credentialed member of the media. If you want to get the scoops and have access to the locker room, you gotta be willing to get your ass kicked by John Tortorella if necessary.

But yeah. Basically the way that I see it is that Torts just laid out a challenge, and all these reporters would be a bunch of cowards if nobody took him up on it. Someone's gotta do it. Someone's gotta take one for the team. We deserve a good ol' fashion Torts melt down. We need it now more than ever. So whose it gonna be, huh? Who wants to step up and be our hero? This is your time, now go out there and take it.