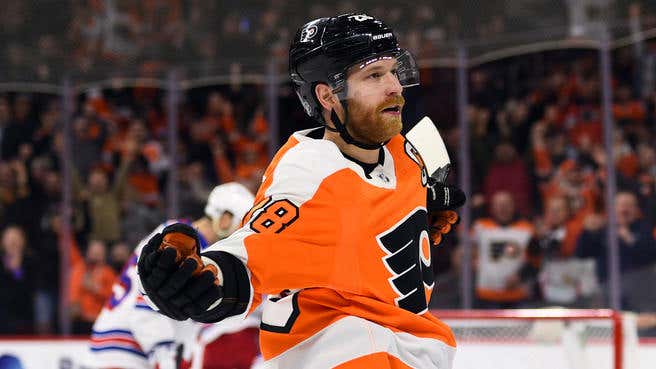 I gotta admit--I knew it was going to happen like this. I've known my whole life that this was going to be the case. It would only make sense that the first time the Philadelphia Flyers men's professional ice hockey team win the Stanley Cup in most of our lifetimes, it would be in a season which took a 4-month break due to a global pandemic and then the city would have to wait an additional 6 months before they could properly celebrate with a parade.

The latest date the Flyers could possibly win the Cup this year will be October 2nd. And according to the news today, the earliest they'll be able to have the Cup Parade will be March 1, 2021. And you know what?

It'll still be worth it. Just imagine what that party is going to be like for this city. According to google there are 1.584 million people in Philadelphia. That means on March 1st there will be 1.5 million people who are completely mangled and #InOne on Broad Street, just gassing beers nonstop while Lord Stanley makes his way down the Parkway. My biggest fear with when the Flyers eventually win the Cup is that the parade would never live up to the Eagles parade a couple years ago. But if you're telling me that we'll have an extra 6 months to plan this bad boy? March 1, 2021 is going to be a Monday. All I'm saying is that you might want to take the rest of that week off.

Oh yeah and about that whole "there's still an entire Stanley Cup Playoffs to get through before we even think about having a Cup parade to plan" thing...don't kid yourselves. This is a team of destiny. And destiny arrives all the same.