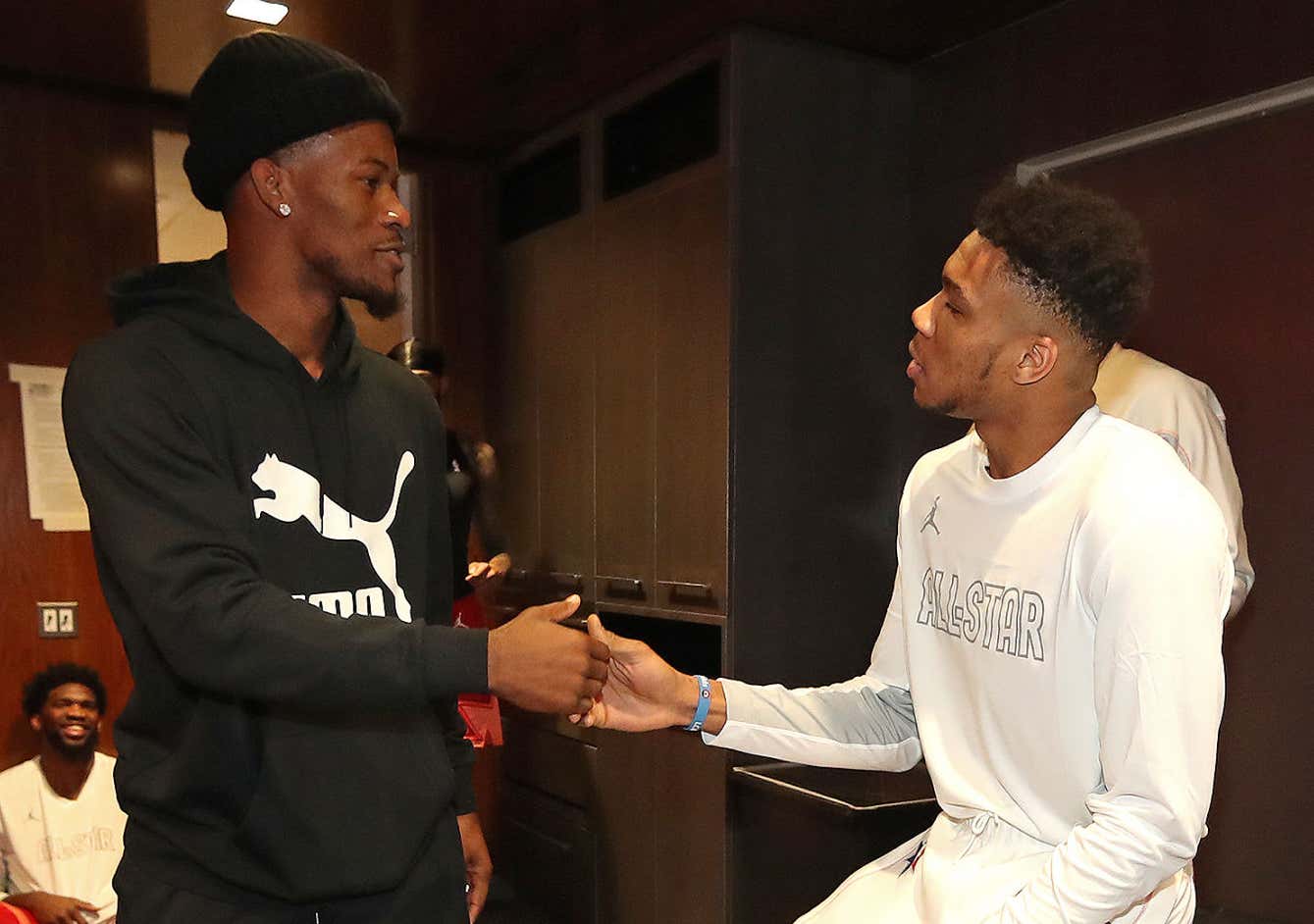 Ah yes, tampering. One of the NBA's oldest past times. I certainly hope that in 2020 you realize that every single team, especially the contenders, tamper their dicks off when a big time free agent either hits the market or could potentially hit the market. Teams that don't tamper get left in the dust and teams that get upset about tampering are just jealous they weren't good enough at it. In an NBA world where players are all about teaming up with one another, tampering is a way of life and it doesn't matter what the league tries to do to stop it, it's here to stay.

Which brings us to Giannis and his potential 2021 free agency. He's a franchise altering player that has a decision to make. Either he stays in MIL and signs a supermax for a bajillion dollars, or he hits the market and all hell breaks loose. You add to it that the Bucks are staying in the same hotel as the Lakers, Raptors, and Heat you'd be fooling yourself to assume that players won't tamper. Of course they will.

Now I can speak on this from personal experience because I've been on both sides of this as a Celtics fan. I watched both Kyrie and Al Horford get poached due to tampering but I've also seen them steal Kemba from CHA with blatant tampering of their own. I know what the Bucks and their fans are feeling, because I felt it. You're confident and don't want to admit you are the least bit concerned that your best player could tampered with. He's on a good team, talks about how he loves the franchise and the city, and everyone else is just jealous. But deep down in places you don't talk about, there's a real fear there. Especially if the Bucks underachieve and don't win the title this season. Back to back historic seasons only to walk away with 0 titles while we live in a RINNNNGZZZZZ culture would make anyone nervous.

“Zero (concerns),” Horst told reporters Wednesday. “We can only control what we can control. If it’s considered tampering, or recruiting or whatever it is, our league – people talk, people are connected, people have relationships. At the end of the day, I have full confidence in my personal relationship … our coaches’ relationship, his teammates’ relationship with Giannis, and what we’re doing and what we’re about.

“I think that’s separated us and we’re going to continue to be above that and not worry about that.”

Obviously, this is what he has to say. You think he's going to come out and be like "oh yeah we're big time worried about tampering"? No chance. But to say you have "zero concerns" in today's NBA when it comes to tampering is rather outrageous.  You're telling me the first time someone leaks that they saw LeBron and AD having breakfast with Giannis that they won't be concerned? Or members of the Heat doing the same after Pat Riley came out and said they are 10000% going after Giannis? Come on. That would terrify anyone who rooted for the Bucks, even it was innocent. The thing is, it rarely is innocent.

At the end of the day though, I think most of us, especially Bucks fans are hoping Giannis is built differently, that he wouldn't feel the need to join a super team in order to get over the hump. It has to be annoying as hell as a Bucks fan that every single time they turn on the TV or go on the internet someone is talking about how Giannis has to go to a bigger market. That would get old real goddamn quick. Personally, I just don't see him leaving no matter what tampering does down in the bubble. The Bucks are going to offer this dude a 5/215M deal which is $80M more than any other team will be able to offer under a new/lower cap. You don't turn that shit down. I think even if the Bucks come up short this year he's still not going anywhere.

But until he puts pen to paper, there's concern. It's only normal. So while I understand what the Bucks GM is saying and I get why he's talking that way, there's no chance he doesn't go to sleep at night with even 5% concern that the Giannis era could be ending soon.