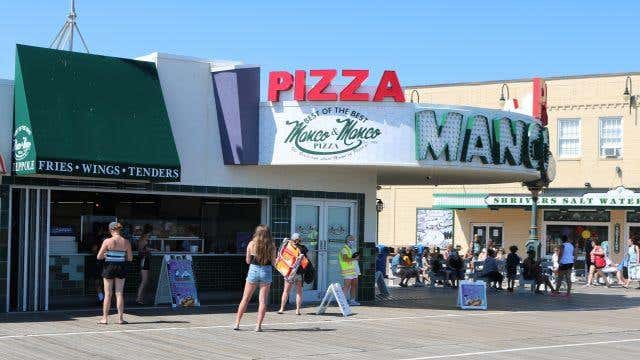 OCEAN CITY, New Jersey -- Manco & Manco Pizza will be shutting down their Ocean City locations Tuesday to sanitize and then suspending the sale of slices starting tomorrow after three employees tested positive for COVID-19.

...Then there is one more change coming to the boardwalk staple. "As an added precaution, to limit employee-food contact, we will be temporary suspending pizza slice sales," the Manco family said. Only whole pizzas will be available at the Ocean City locations until further notice, the family said.

There was a time just a couple short months ago when I thought we actually had this thing figured out. Numbers were down, places were starting to reopen, it looked like maybe we had made it through the worst of it. Not that it would be completely smooth sailing from then on out, but I thought we were out of the rough stuff. Then we get the news today that Manco & Manco will be suspending pizza slice sales and it's just like...what the frickin' heck was all of that for?

Sure, you can still buy whole pizzas but it's just not the same. Because nothing beats spending the day on the beach in the hot summer sun, jumping in the water real quick, heading up to the boardwalk and grabbing a quick 2 slices to get you through the rest of the day. You don't want a whole pizza at that point because it's too hot outside. You don't want to be carrying around that box with you while it's 95 out. And then you also feel obligated to ask anybody else you're with if they want a slice and it just turns into a whole thing. You don't want a whole thing. You want to crush those 2 slices while you're still drying off from the ocean and that's it. Maybe throw in a birch beer just to quench your thirst for good measure.

But now you can't even do that anymore. Now you've got to grab a whole pie. So you either have to eat too much pizza and you feel sick on the beach, or you have to make sure you're with a crew to split it with. Either way, the slice life is the life for me and now it's being ripped away from me. Thanks a lot, Florida.