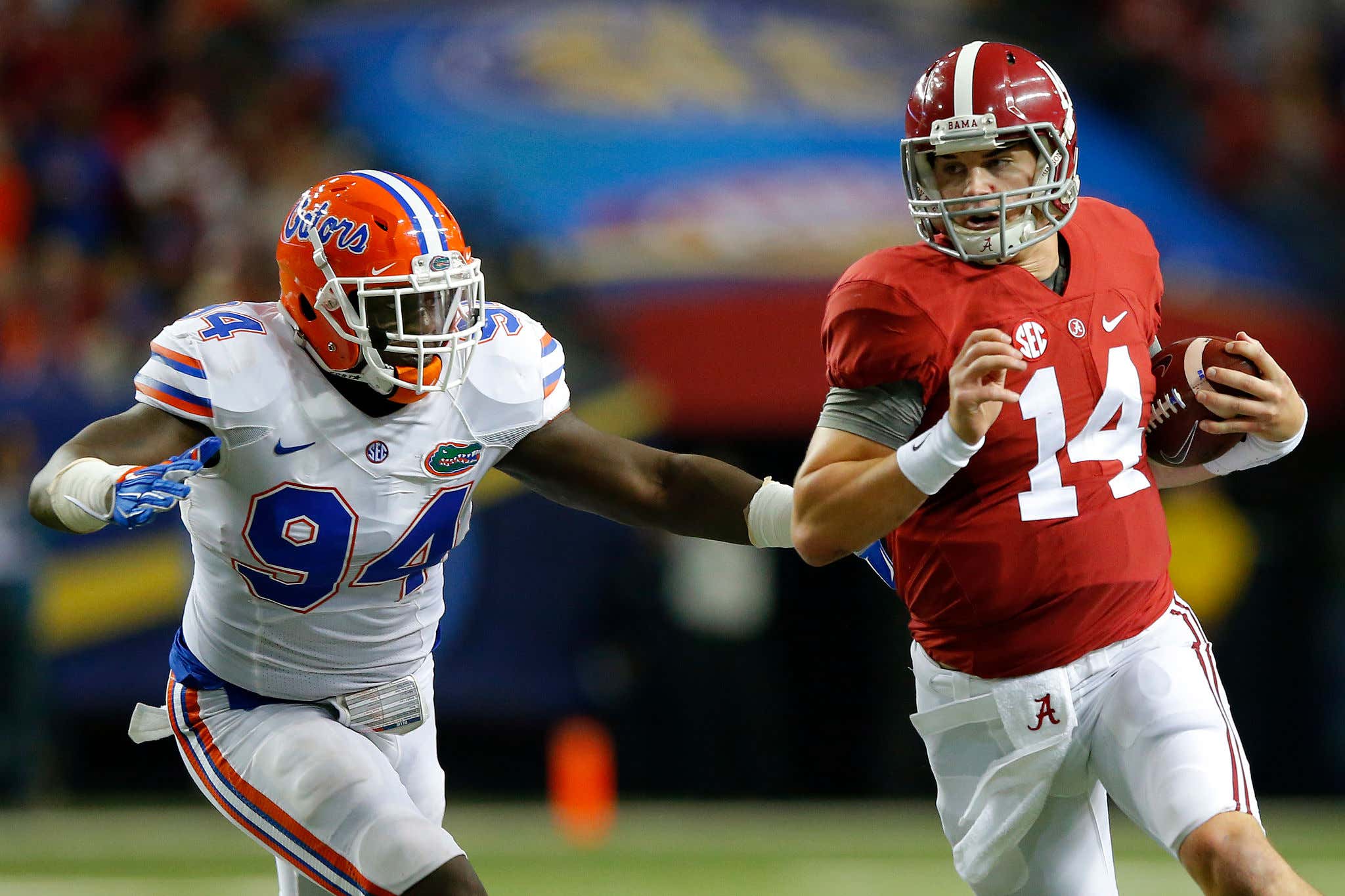 As I continue trying to speak this college football season into existence, I've been trying to find some silver linings that this whole ordeal could produce — and I think I finally came up with the best one. If the SEC ends up going to a conference-only season, it's the perfect opportunity to fix the league's scheduling forever.

Ever since its initial expansion in 1990, but particularly since 2012 when it expanded to 14 teams, the SEC's divisional model of scheduling has essentially split the conference into two separate leagues with a splash of interleague play and created a competitive imbalance which puts some teams at a massive advantage. Under the current format, every SEC team plays the other six teams in its own division with one permanent opponent and one rotating opponent from the opposite division.

This creates a plethora of problems. Most importantly, a team's schedule can hinge on who its permanent cross-division opponent is. For instance, Tennessee draws Alabama from the SEC West every year, while the teams against whom the Vols are competing for the SEC East title only have to play the Crimson Tide once every five to seven years. So Tennessee starts every year with a loss penciled into the schedule while Florida hasn't played Alabama in the regular season since 2014 and isn't scheduled to do so again until 2021.

Additionally, how can a league with a scheduling model such as this one even really be called a conference? Texas A&M has been in the SEC since 2012 and has yet to play in Knoxville or Lexington. Going six years without facing a conference team and more than a decade between road trips to an intra-conference stadium is ludicrous.

Luckily, Bill Connelly devised the perfect solution to the SEC's antiquated scheduling model years ago and we now have the perfect opportunity to scrap all this nonsense and switch to a more equitable, fun scheduling system. Under Connelly's "pods" system, every team would have three permanent rivals that it played every season — Alabama, Florida and Vanderbilt in Tennessee's case — and would play five of the other 10 conference opponents every other season. 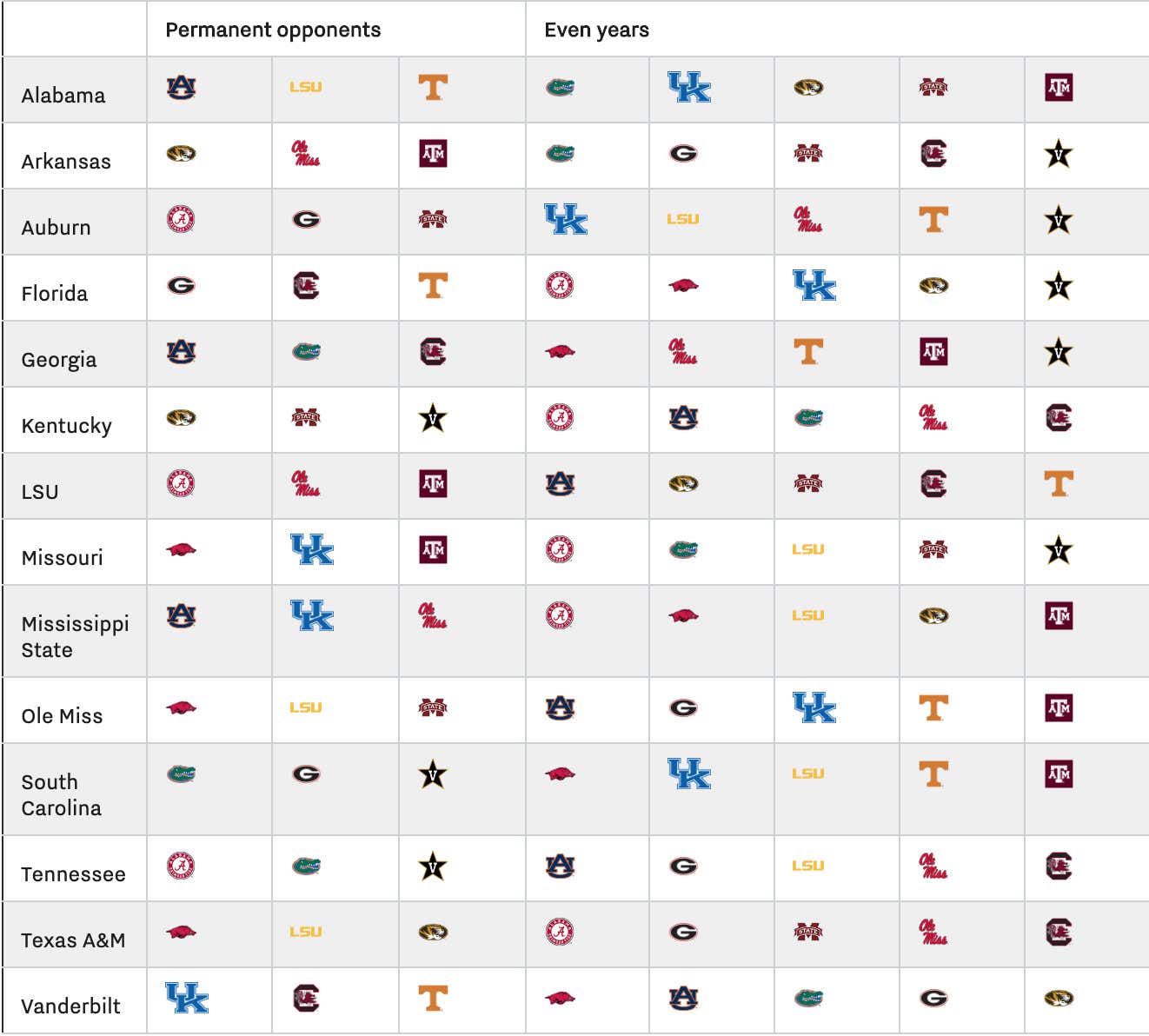 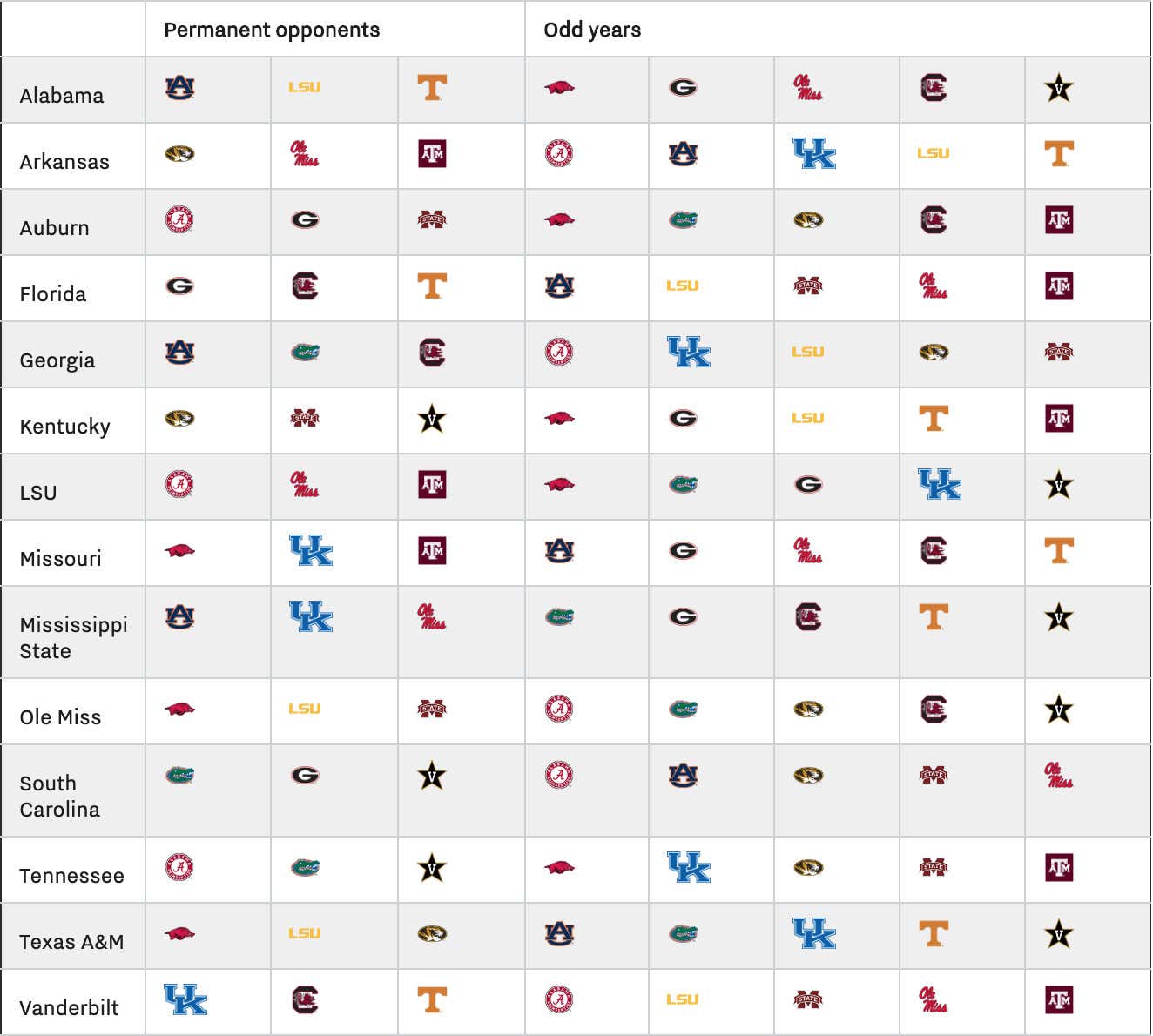 So instead of Kentucky and Ole Miss going a couple presidential administrations between trips to each other's campuses, everybody will play everybody within two years and every player who stays four years would get to play in every stadium in the conference. The current permanent cross-division opponent was put in place really just to make sure Alabama-Tennessee and Auburn-Georgia were played every year, and the pods model still protects every major rivalry in the conference.

In order to create a 10-game schedule of only conference games like the Big 10 plans to do, the SEC would have to rearrange the cross-division schedules for years to come anyway. So instead of doing that and keeping this inefficient model for the foreseeable future, let's scrap this thing altogether and play a schedule which makes sense.