So Chance is going viral today. I feel like any time Chance says anything he causes a ripple on the internet. Come out in support of Presidential candidate Mr Ye West and, well, it's going to attract extra attention. Especially when you do so by throwing a little shade at Biden

Chance asks an important question. What does it even mean to be "presidential"? Not really for me to say. Let's just agree that being presidential is an ever evolving definition.

Chance also asks if Andrew Jackson was presidential. We've had 183 years to answer that question and in reality we really only needed one day. One day because Andrew Jackson decided to throw an absolute RAGER at the White House after his inauguration speech.

Andrew Jackson got up in front of a crowd of an estimated 10,000 people 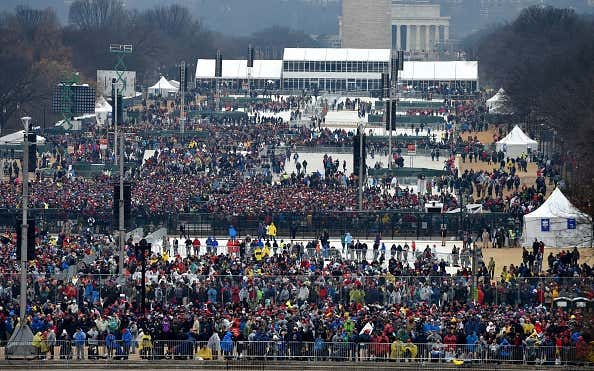 and he invited EVERYONE back to the White House for a post-party. And guess what…they showed up. There was booze for everyone and I don't think the secret service had been invented yet. People were crawling all over the place. Climbing in through windows. Smashing shit. Dance parties in the Blue Room. Keg stands in the Red Room. Andrew Jackson's supporters were treating the White House like it's parents were on vacation. It got so crowded and so crazy that Andrew Jackson had to saved by his friends and staff because he was getting accidentally crushed against a wall. He rode out of the White House and spent his first night as President in a hotel while the riff raff raged on deep into the night until one genius decided the best way to clear the crowd was to move all the alcohol outside. The White House was so fucked up after his Inauguration party that Jackson had to get $50,000 from Congress to "redecorate" the White House.

So, to answer Chance's question…no, I would say that Andrew Jackson was NOT acting "presidential". For that reason and then you, know…the genocide. Anyways, have a good day.