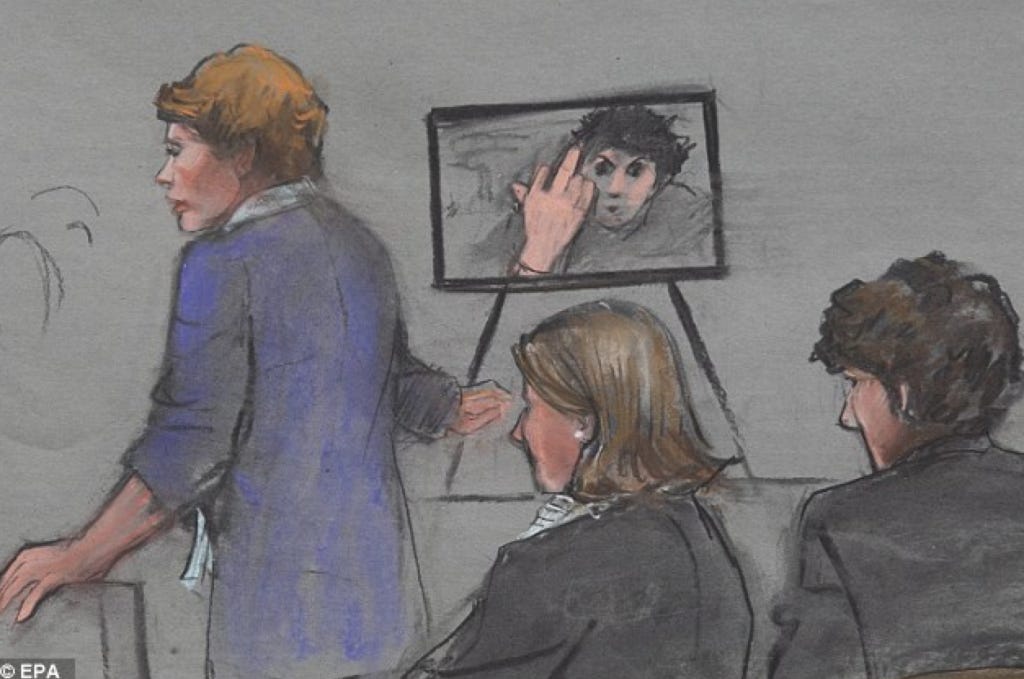 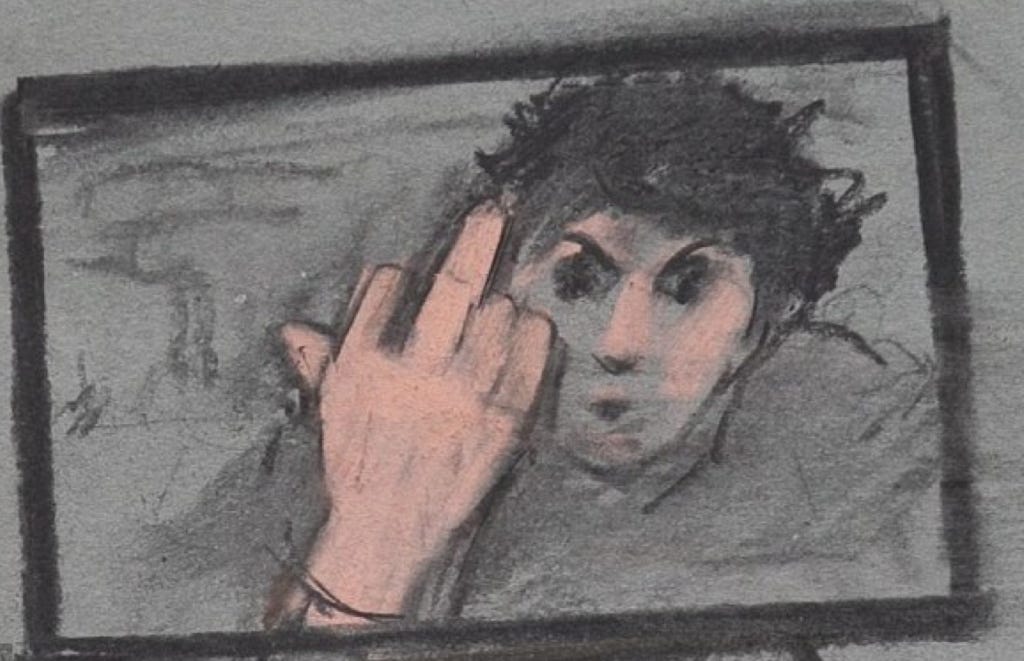 (source) — A never-before-seen picture of Boston Bomber was shown in court today – and it’s an image that just might get him killed. Earlier this month, the 21-year-old was found guilty on all charges related to the April 15, 2013 attacks at the Boston Marathon finish line, and Tuesday marked the beginning of the penalty phase of the trial. Over the next several weeks, jurors will hear more evidence and testimonies as they decide whether to sentence Terrorist2 to life in prison or the death penalty. Prosecutors gunning to send Terrorist2 to the execution table punctuated their emotionally-charged opening statements this morning by releasing a new picture of Terrorist2, taken three months after his arrest. In the picture, Terrorist2 wears an orange jumpsuit and puts on a cocky image, offensively flipping off a video camera and puckering his lips in his cell on the day of his arraignment.

From the jump I’ve said I think he should get life because that’s a worse penalty than death. Death is getting off easy when the other option is 60 years in a box. But this shit fills me with so much rage I think I may have flipped sides. This is a psychopath who’s still proud of the terror he caused. Who will relish in a jail cell and wear it like a badge of honor. Fuck that, don’t give him the satisfaction. Don’t let him live thinking he’s got people out there who think he did right, and people “praying” for him. If he wants to have the 5 seconds of pride before the poison enters his veins then fine, he can have that. But he doesn’t deserve decades of “basking” in his “glory” and patting himself on the back while he “awaits his reward in the afterlife.” He’ll never change. He’ll never feel bad. He’ll always be a psychopath who thinks the atrocities he committed were a mission carried out in a just war. Kill him dead and let him realize he’s a fool the second that life leaves his body and he sees no light.