Mr. Cat: So, have you thought about, just throwing it out there, a title I was thinking, maybe just, "Drunk Again?"

Mr. Commenter: "Suns Out, Guns Out." That's a song title right there.

Mr. Cat: "I'm Luke." That should be an autobiographical song. You can make that one a little slower, when they do the blue mood lighting on stage, you sit down, and it's just "I'm Luke," solo.

Luke Bryan: I mean, I can write "Shotgun and Shit."

Mr. Commenter: Yeah, is it okay if we just throw you out some song titles so we can bounce them off you.

Luke Bryan: Hey you guys, you know what, in five minutes we can write my next four albums.

Mr. Cat: That might be a little too much, I'm a little confused.

Luke Bryan: "Rusty Fender." That sound like a NASCAR driver.

Mr. Commenter: "I'm all about that good time."

Luke Bryan: "Ballgame" can get weird.

Mr. Commenter: "Fast Cars, Faster Women (Ain't All They Cracked Up To Be)."

Mr. Cat: What about just, "Gameday?" That could be any sport.

Luke Bryan: ESPN kind of messed us up on that.

Mr. Cat: No, but you should just ride the coattails on that, you've been on Gameday.

Mr. Commenter: You could just call it, "Not So Fast, My Friend."

Leave it to Mr. Cat and Mr. Commenter to come up with A+ titles. The next step in this process is getting Luke Bryan to actually use one of their suggestions on one of his newest songs. Once one of the aforementioned names becomes reality, then we are talking. 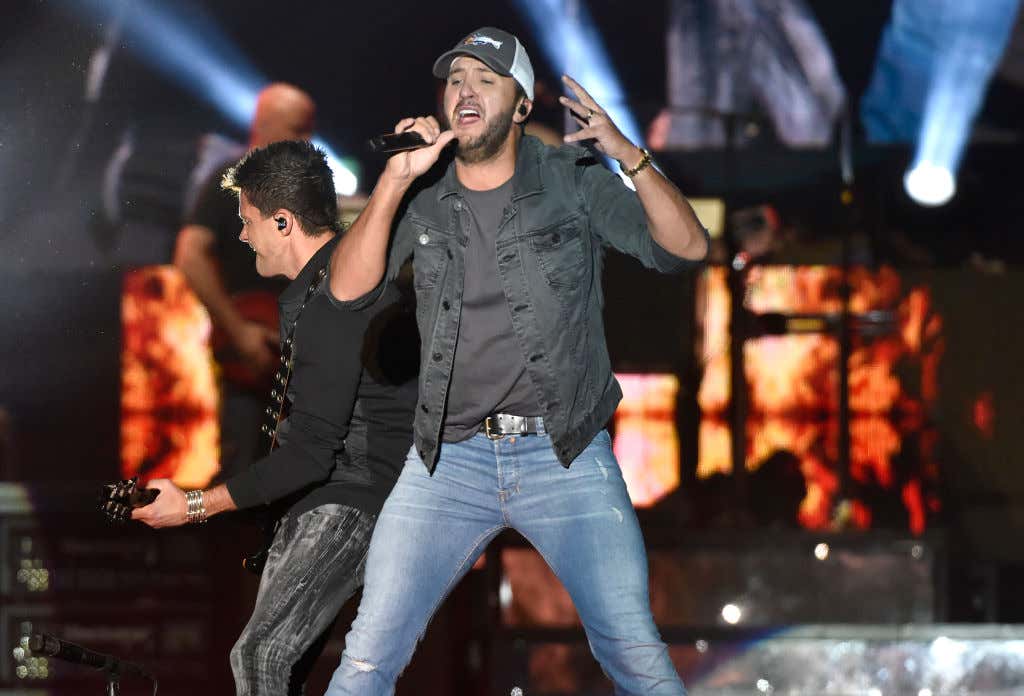