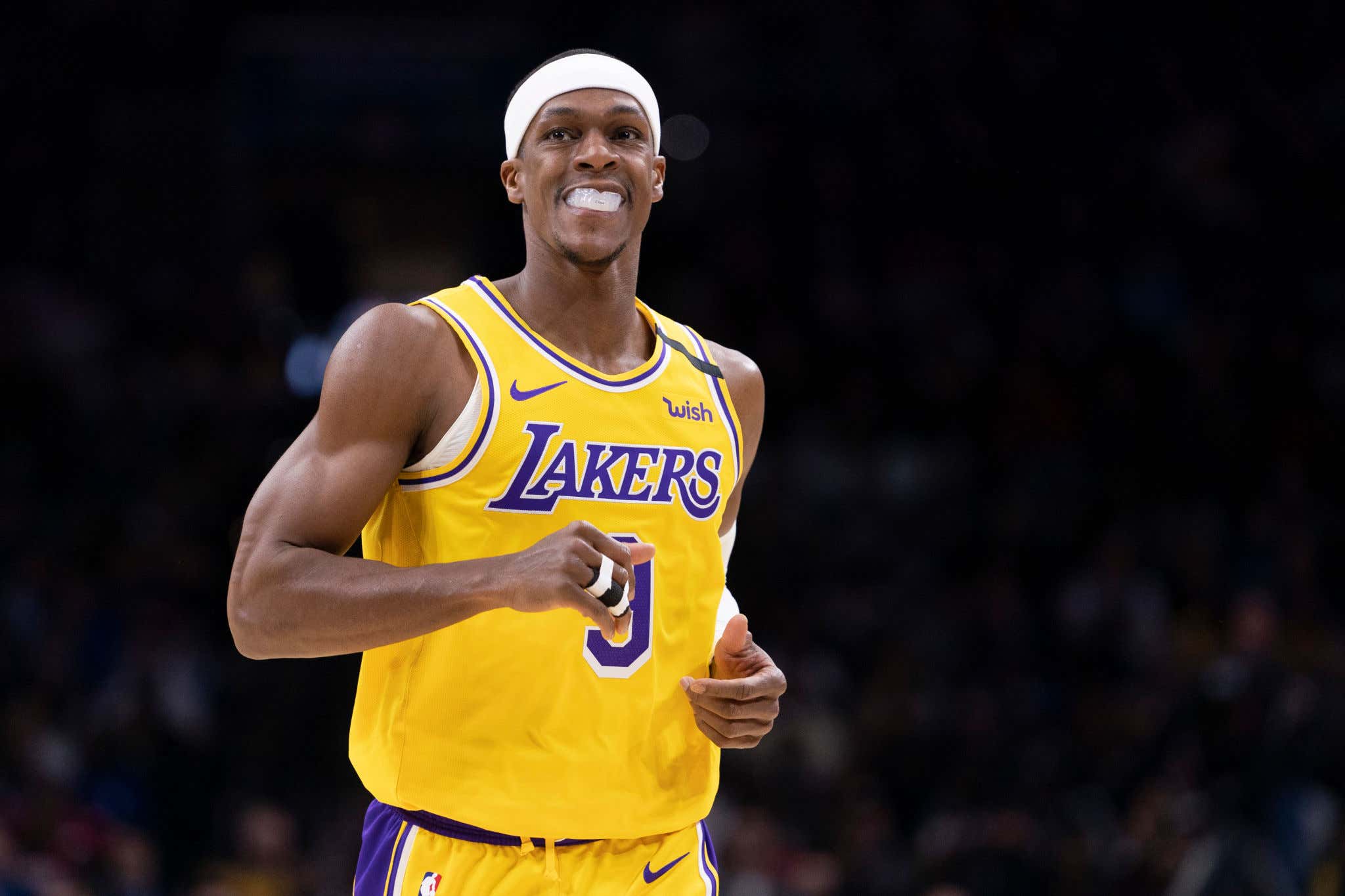 Well this news from Shams last night has me internally conflicted. On one hand, screw the Lakers and their fans. That's just my permanent stance on the matter, always has always will be. But as someone who really enjoys and knows what a monster Playoff Rondo is, this makes me sad as a basketball fan. While the rumors may be true that it makes me violently ill watching my beloved Rajon Rondo wear the purple and gold, there is no denying that you get that man into the playoffs and he becomes one of the best players the NBA has ever seen. Even in his later years. In life you can bank on death, taxes, and Playoff Rondo being and absolute fucking monster. I love Playoff Rondo more than you probably love members of your own family. He's from another planet.

The shit we've witnessed Playoff Rondo accomplish is only some of the greatest postseason performances by a point guard maybe ever. I mean look at some of these 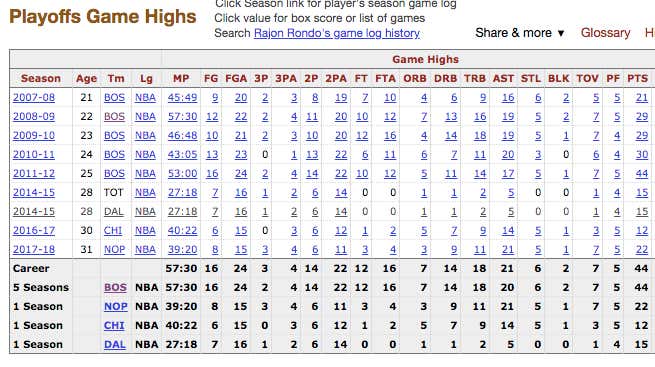 Everything he did as a Celtic putting up 14.5/6.0/9.2 and while that might not seem like a lot, there are a ton of outrageous playoff performances in there. Then as a Pelican and Bull once he got to his 30s it was the same old shit. Hell if he doesn't fuck his hand up as a Bull they probably beat BOS in that series. Playoff Rondo is a proven postseason beast. Period.

Now a 6-8 week timeframe means that he's not out for the whole Orlando stay. At least that is if he doesn't just shut himself down. But what it does mean is that the Lakers guard depth is going to be tested even more. With Avery Bradley opting out, now without Rondo for at least the first round, the Lakers are left with a guard rotation of: Dion Waiters, JR Smith, Quinn Cook, Alex Caruso and Danny Green. That doesn't exactly blow your dick off. Thankfully, those two top 5 players still exist so this isn't a kiss of death by any means for the Lakers and their title chances, but we also can't pretend like not having Playoff Rondo available for potentially two months is insignificant. He wasn't that good during the regular season, but again, Playoff Rondo has proven to be a different animal.

You look at their potential first round matchups and the Lakers will obviously still be favored, but they are slated to face some pretty legit guards. Either you're getting Jrue Holiday/Lonzo, or Dame/CJ (yikes), or Fox/Hield. Whoever they face it's going to be an issue at least for the LA backcourt to handle. With the Blazers getting two seven footers back, I would not want that in the first round. They might actually push the Lakers to 5 or 6 games.

It's just some shit luck that Rondo keeps hurting his hands at the worst possible time. If the Lakers are able to advance they should have him back when things really start to heat up but there is no denying that suddenly all those internet jokes about how awesome Alex Caruso is suddenly turned into the new reality for the Lakers at the moment. I don't care how good your best players are, you are now relying even more on a group of guards that barely played all season, who of which just got on your team like five seconds ago. Time will tell what type of impact that'll make.