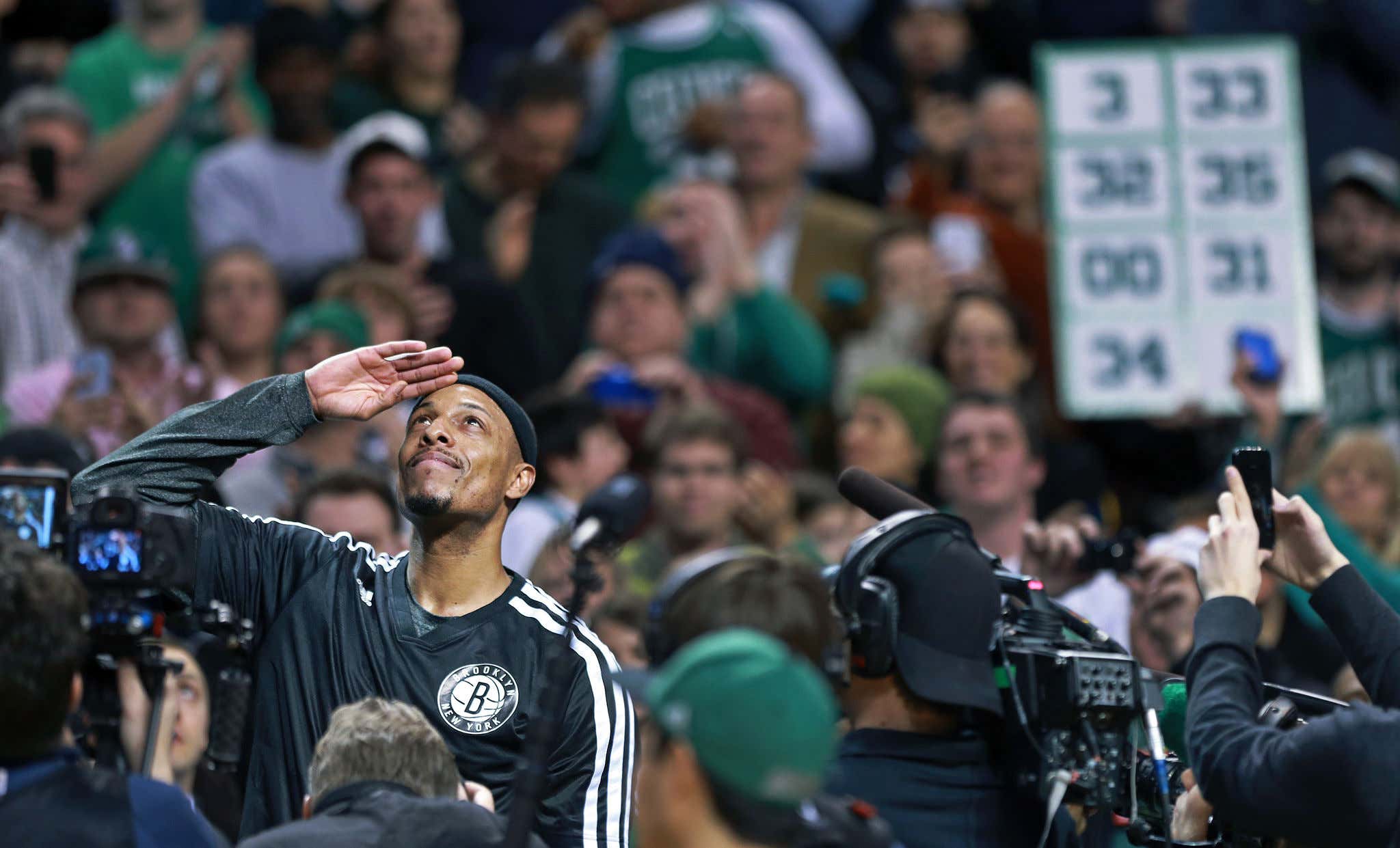 Damn, 7 years already? While the trade originally was announced at the end of June, this is the day it became official. At the time I remember being in such a weird headspace, mostly because as Celtics fans we all knew the run was over after that team lost to the goddamn Knicks in the playoffs. We knew Ainge was going to smash that reset button and the franchise would enter their rebuilding phase. We had no idea that we were about to be blessed with two new young kings who are poised to carry this franchise to great things for the next decade. It was all uncertainty on this day 7 years ago. All we knew was that to generational players were gone. Kevin Garnett came in and changed the entire culture. There is no title without KG. Period. And Pierce, I mean come on. He was my generation's Larry Bird. My favorite Celtic of all time and someone I never even considered would wear another uniform. It hurt.

Looking back, I think we're all relatively pleased with how things turned out. Even if there were misses with those BKN picks (Kyrie....and no I'm not putting James Young here. There's still time, just needs an opportunity don't @ me) at the end of the day the hope was that Ainge would find franchise cornerstone players with that collection of picks, and Jaylen and Jayson are very much that. But seeing that tweet on my timeline this morning also made me think back to the first time Pierce and KG came back to the Garden. I have never cried so much in a regular season basketball game in my life. I don't even mean that as a joke. The second each tribute came up it was water work city and I am man enough to admit that.

First, there was KG's

Love how they used Gino's music. KG loved that fucking guy. If you were emotional watching that in real time, boy you had no idea what was coming just a few minutes later at the end of the first quarter. I hope you don't mind getting in a little nice Sunday afternoon cry, don't say I didn't warn you

Still gets me to this day. We've seen a few tribute videos over the years with guys coming back like Rondo, Olynyk, Isaiah etc, but nothing comes even close to what we all felt watching Pierce's. My goosebumps have goosebumps even all these years later. The greatest player I've ever seen with my own eyes lace em up for this franchise, one of the greatest SFs in the history of the NBA, man was that an emotional night.

But without that night and those tributes, we don't get this

so in a way Pierce and KG delivered for us one last time. Love those guys.

While we're getting emotional today, we may as well go all the way