Alright, I'm willing to concede that Lamar Jackson is at least tied with Saquon for QB1 of the 2018 Draft simply because he is the reigning NFL MVP. However, I'm not giving Lamar the throne all by himself since Saquon is one of the few aliens on this planet capable of keeping up with him athletically and Saquon not only sniped the crossbar on his first try but also didn't throw an incomplete pass in his entire college football career (2 passes) with half of his attempts going for touchdowns.

The rest of those shleps that went in the first round ain't shit to Saquon though. You can't put Baker Mayfield above Saquon as a leader of me considering Baker is out vacationing with Saquon and his crew in the offseason.

I also refuse to put Saquon, who still racked up more than 1400 yards last season while battling through a high ankle sprain, behind someone with a weak ass immune system during a global pandemic. 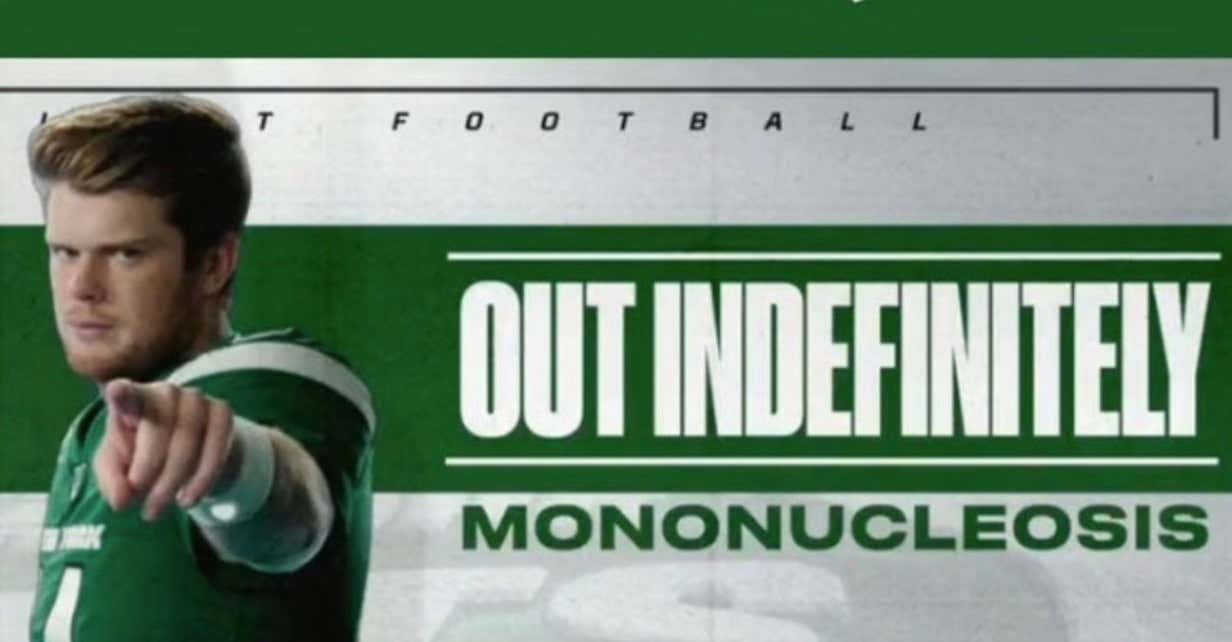 Josh Allen's best skills outside of growing vertically may be his ability to throw from his knees and look good in shorts. But I guarantee he couldn't hit a crossbar from 25 yards out on his first or fiftieth try and he DEFINITELY doesn't look better than this:

Speaking of which, Saquon's inevitably gigantic contract is going to be a huge deal whenever he signs it. But it turns out it will actually be a bargain for the Giants if it is even a nickel less than Patrick Mahomes' deal after all we have seen from Saquon on film at both running back and quarterback. Not that Saquon will ever see a snap under center since Daniel Jones is about to get that sweet sweet 2nd year QB bump along with going from having Mike Shula as his offensive coordinator to the guy that turned an undrafted Tony Romo and a 4th round Dak Prescott into Pro Bowlers. Not that there wouldn't be another position for Jones if Saquon reveals himself to be the next great signal caller after he signs a deal that would be a cap killer for an NFL team if it's signed for a running back but extremely team friendly if it's a quarterback.

Holy shit, are the Giants stacking their depth charts with players that can excel at a skill position AND the most important position in all of sports? Lets check in to see how Dave Gettleman is doing.