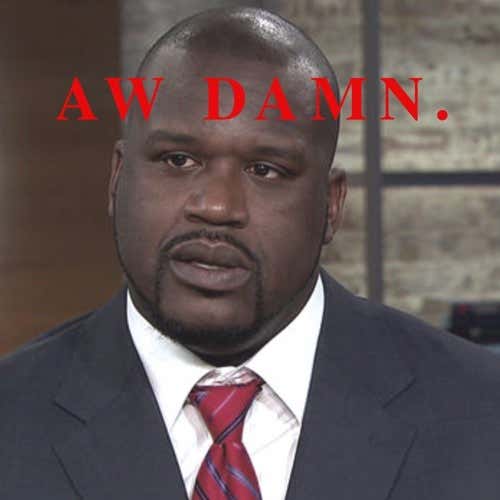 Welp - I don't think that was the fight any of us wanted to see at all!

It might've been the fight some of us EXPECTED to see - because I think if you asked a buncha MMA fans what the most likely outcome to this bout would be a week ago, you'd hear a lot of "Usman via grapplefuck" answers - but that doesn't make one of the most anticipated main events ever turning out to be an absolute STINKER hurt any less.....even if it was a short-notice scrap!

Oh, and looking back, that first outcome I laid out when Masvidal accepted the fight was probably the one I shoulda rolled with in the end, huh?! 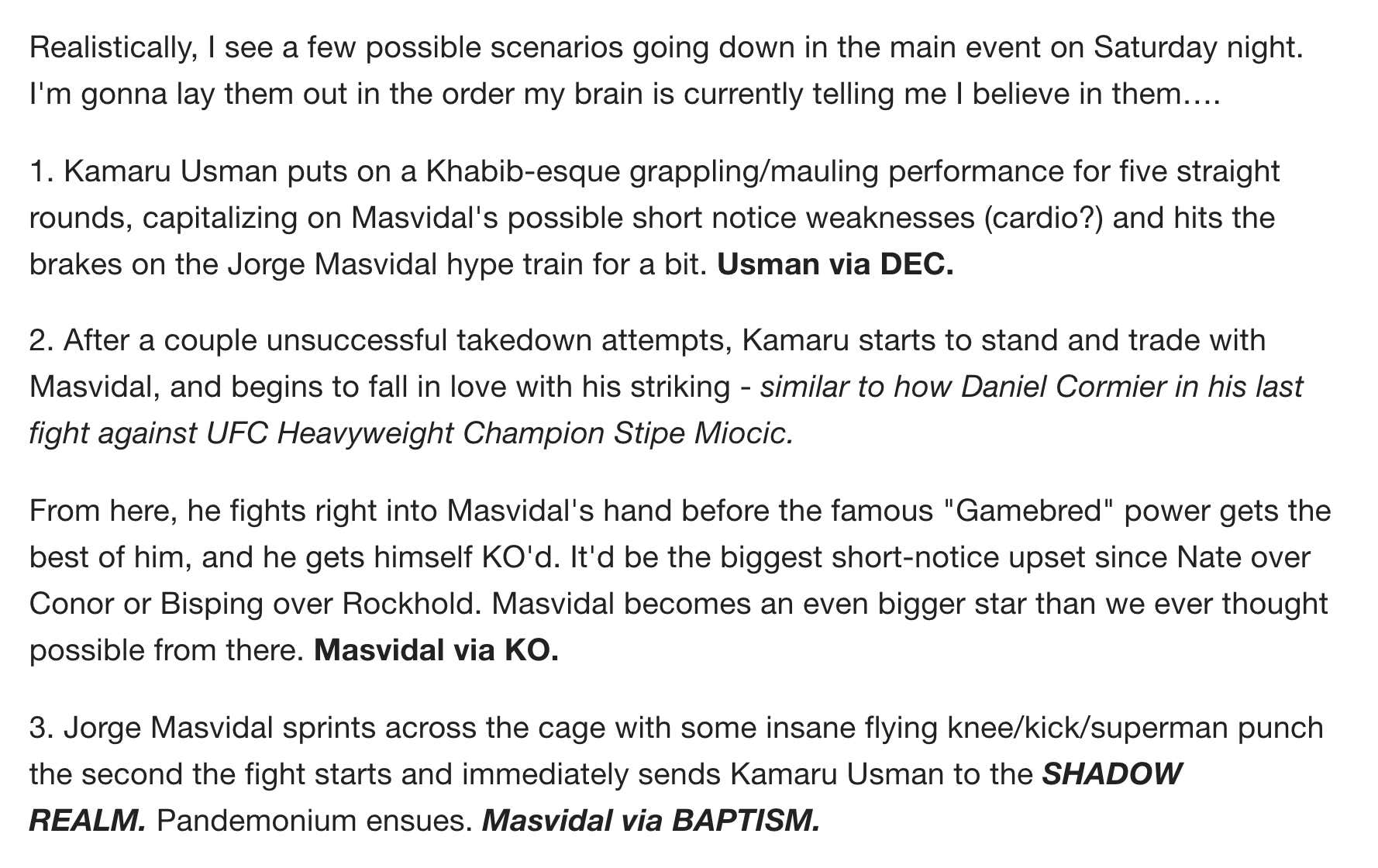 Fuck it tho - I love buying into an underdog story. No ragrets at all!

I mean no disrespect to Kamaru Usman and his wrestling-heavy style with my comments, either; he put on a phenomenal performance, did what he needed to do to win, and this is a sport "mixed martial arts" after all - that was just simply *NOT* an entertaining twenty-five minutes of fighting in my eyes. Call me a casual if you must, I'm sorry, I just didn't have much fun watching that main event. I'd have rushes of adrenaline during every clinch separation, and then the wind was just immediately taken outta my sails each and every time with Usman backing Jorge up to the cage.

Maybe if he were more Khabib-like in his mauling and ground and pound things would be different, but man, I saw enough stupid fuckin foot stomps in the octagon tonight for a couple lifetimes. I could see why your average person buying this card for $64.99 would be disappointed by that as well.

From here, I think capitalizing on the Jorge Masvidal/Nate Diaz BMF rematch would be smart - Masvidal has promised Nate he's gonna give him that fight, and now is as good a time as any to settle the score. I'd imagine either Gilbert Burns or Leon Edwards will be next in line for Usman.

Thank you so much to everyone who watched along with us live - I had a great time and we'll do that more often if there's interest!

Do we have another cover curse on our hands?! I sure hope not for Stylebender's sake!