Time to talk some golf! Can you believe it? And before we even get started…I know. I know nothing about golf, I suck at golf, I should stick to pizza reviews and at first glance I have absolutely no male physical features. All probably true... but hey, might as well, right?

In a normal world, we’d succumb to watching the John Deere Classic this week (yuck!), but instead we’re blessed with back to back weeks at Jacks course, Muirfield Village. 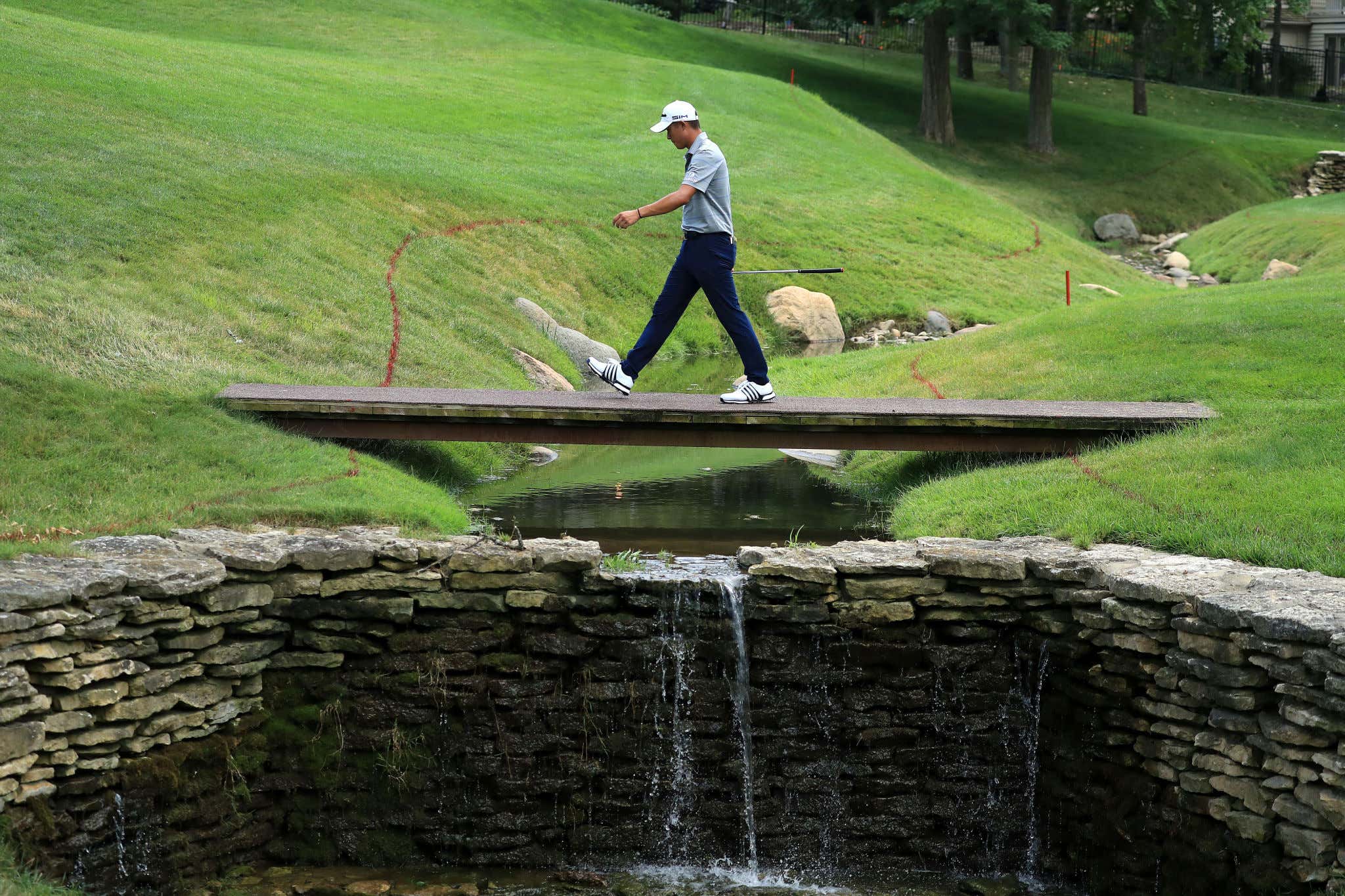 Now I know this isn’t the Memorial. It’s the fucking Workday Charity Open, but it’s Muirfield. Throughout the years, Jack’s course has been renowned as one of the more difficult stops on tour. In the 2018-19 season it ranked 13th hardest throughout the season with an average score to par of 0.081. This week, with greens a little slower and rough a little lower, the guys are absolutely lighting the course up. 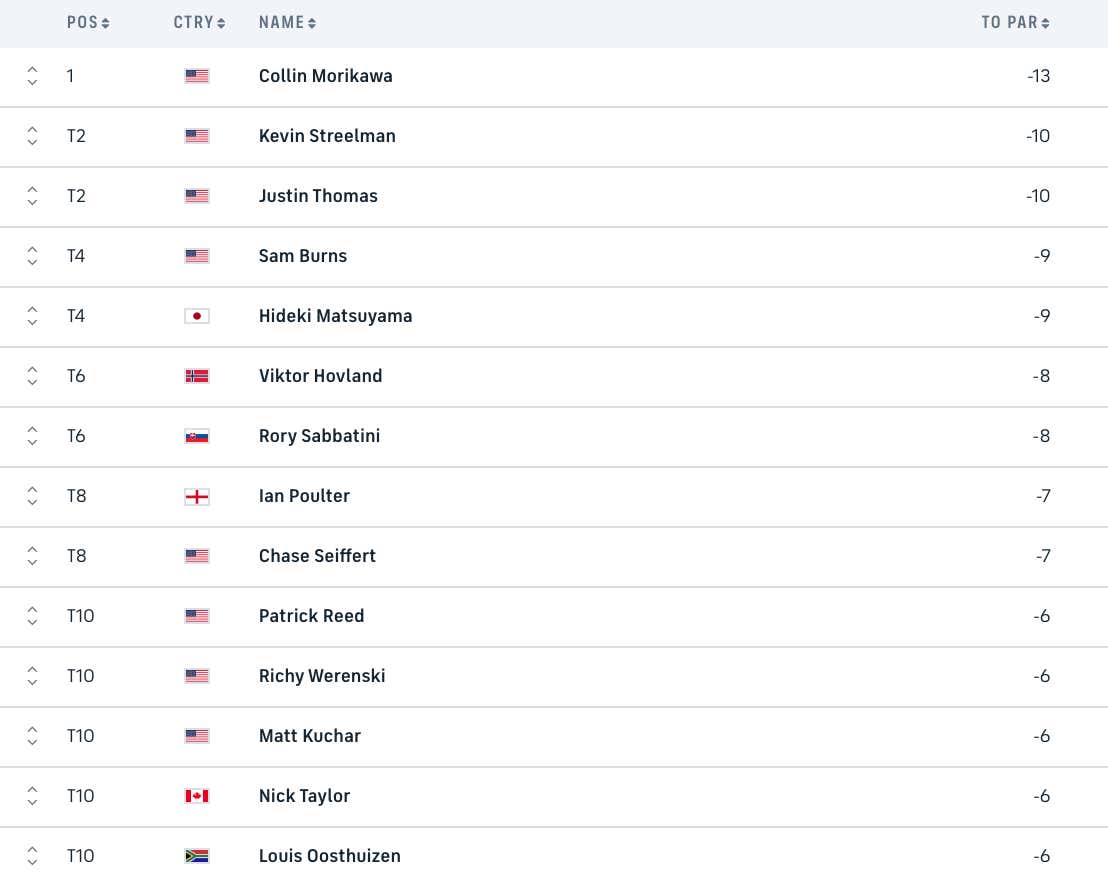 Through his first two rounds Collin Morikawa, the 23 year old out of Cal and friend of the podcast, has been absolutely spectacular. This kid just missed his first cut on tour 2 weeks ago at the Travelers after making 22 cuts in a row and comes back firing the second lowest 36-hole score in Muirfield history (13-under 131).

[via Golf Digest: “They’re slow, obviously, compared to what we’re used to seeing,” Patrick Reed said of this week’s green speeds. “As the week goes on, it’s going to get a little faster, and then also next week they’re going to be even faster than that.”

The move was intentional, with the tour camped out at Muirfield Village for two straight weeks and the Memorial taking place there next week. Officials said before the event that they going to have the greens running at 11 to 11½ on the Stimpmeter this week, then back to the more traditional 13 for Memorial.

Sure, the course is playing much easier than we're used to seeing at Muirfield, but that shouldn't take anything away from how good Collin Morikawa is playing right now. He's hit 75% of Fairways and 77.8% GIR this week. He is not missing. Just to give you a feel for how good he has been to start his career, check out his stats compared to the Boss Man

Those numbers are ABSURDLY close. If you're not taking this kid seriously yet (29th in the world) then I don't know what else to tell you.

Morikawa walked off the course Friday with a dominant 6 stroke lead with everything looking like he was well on his way to his second tour victory... but he goes into the weekend just 3 strokes ahead of Justin Thomas and Kevin Streelman who both came in -10 after some fantastic late performances yesterday. Look for this pairing to give Collin a real run for his money this weekend.

Let's not forget about the rest of the field here. Like I just mentioned, JT is well within striking distance and hasn’t made a bogey all week and we’ve also got Matsuyama (-9), Hovland (-8), Poulter (-7), Reed & Kuchar (-6) all in the mix. Speaking of Viktor Hovland (go pokes)... How about this fucking shot he hit on the 6th

We're used to seeing these guys hit absurd shots all the time but this one in particular made me pretty angry. Just an impossibly difficult shot and he makes it look like there was zero effort put into it.

One other storyline worth noting is the fact that Brooks Koepka will most likely miss the cut this week as he continues to struggle (155th in FedEx Standings and one Top-10 finish) but he finished his round strong on Friday. After a near ace on 12 he went 5 under in his final 7 holes while firing some absolute DARTS.

I've gone back and forth on Brooks a lot lately. I find him to be hilarious and great for the game, but I really can't stand the fact that he thinks he's too cool for golf. When Brooks does that shit it reminds me of Troy Bolton in High School Musical (deal with the reference) where Troy pleads to his basketball buddies that he hates to sing and he would never join the school play with all the nerds but meanwhile he has the voice of an angel and wants to spread his musical wings. Brooks, you're sick at golf and that's really cool. You're allowed to love it even if your peers are nerds and losers (shoutout Bryson). Anyway, with the way he finished his round on Friday, look for Brooks to be ready to fuck next week at the Memorial.

prediction: I love Morikawa's game right now. I even love his demeanor on the course. It's like no matter how well he plays or how big his lead gets, nothing phases him. BUT! What I saw from JT at the end of the second round was what I've been waiting for from him all season and I think he absolutely torches this course over the weekend to overtake Morikawa and win the tournament.