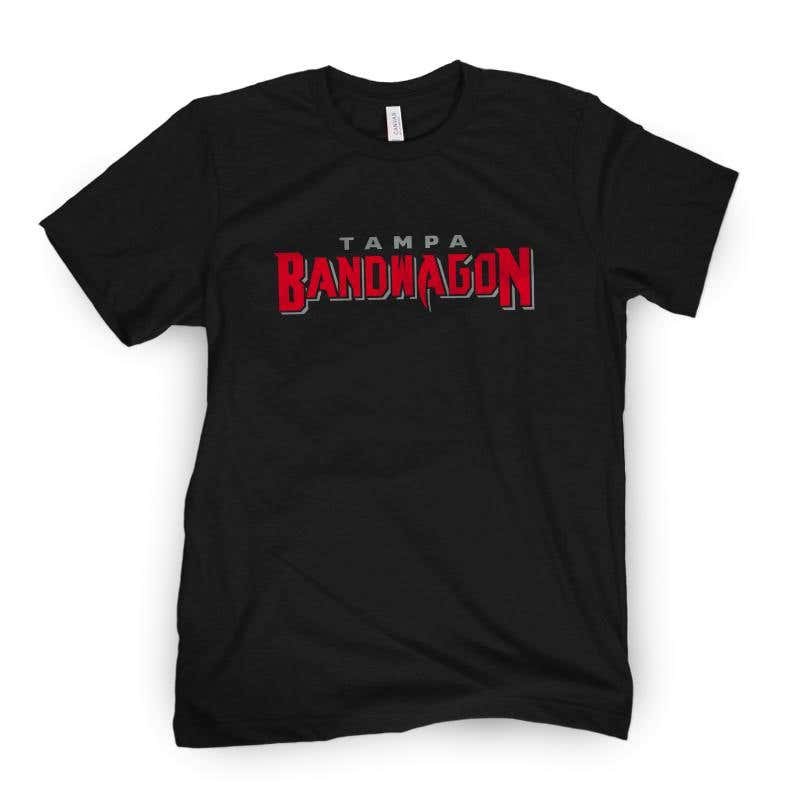 It was only a matter of time.

It's a right of passage at this place to hawk your own borderline copyright infringing merch.

So as much as you may hate this shirt, what it symbolizes, what it looks like, whatever - I invite you to either

When the Brady to TB deal went down I puked for a plethora of reasons. I wrote a blog under WSD's name highlighting the biggest one - 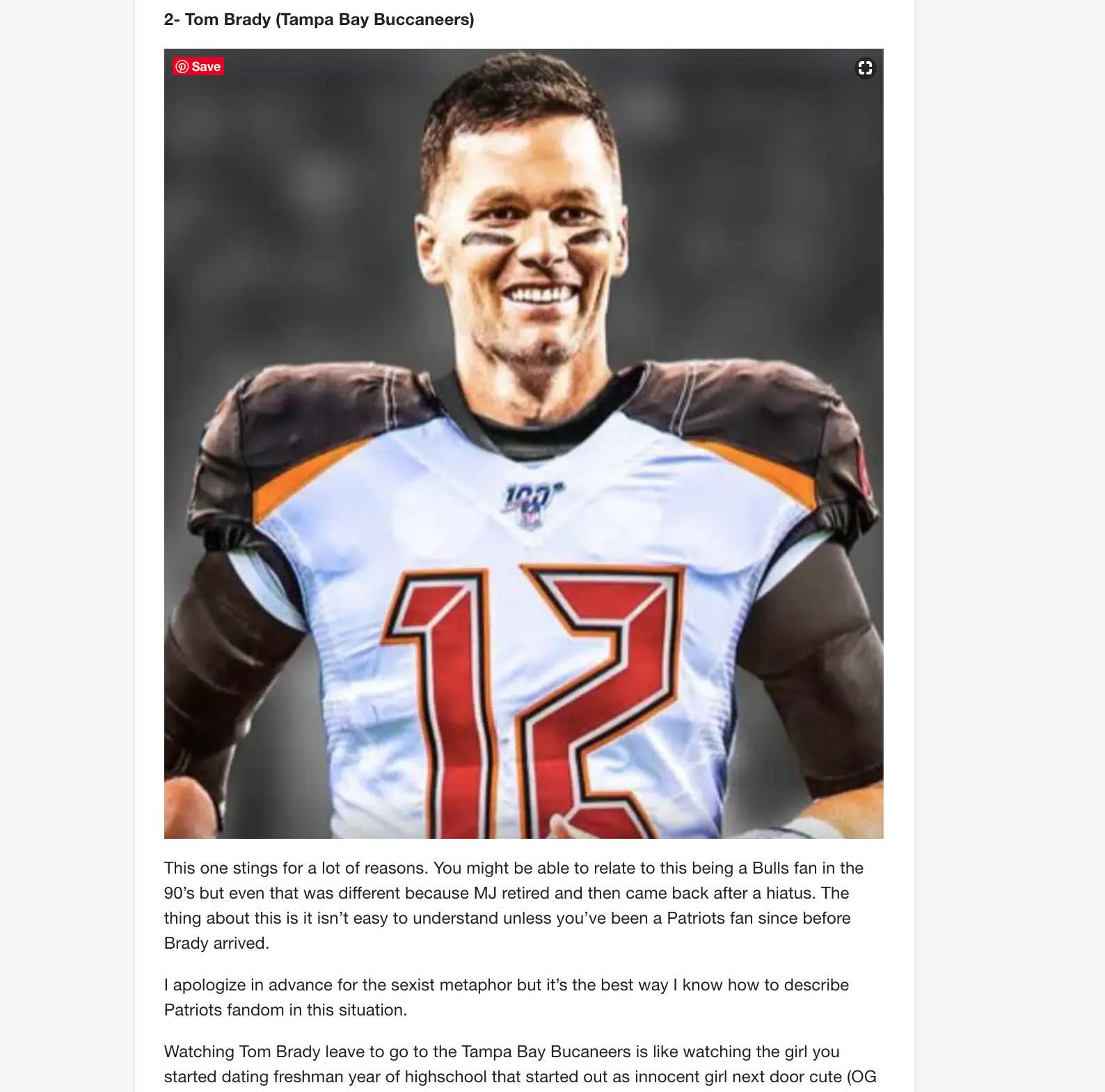 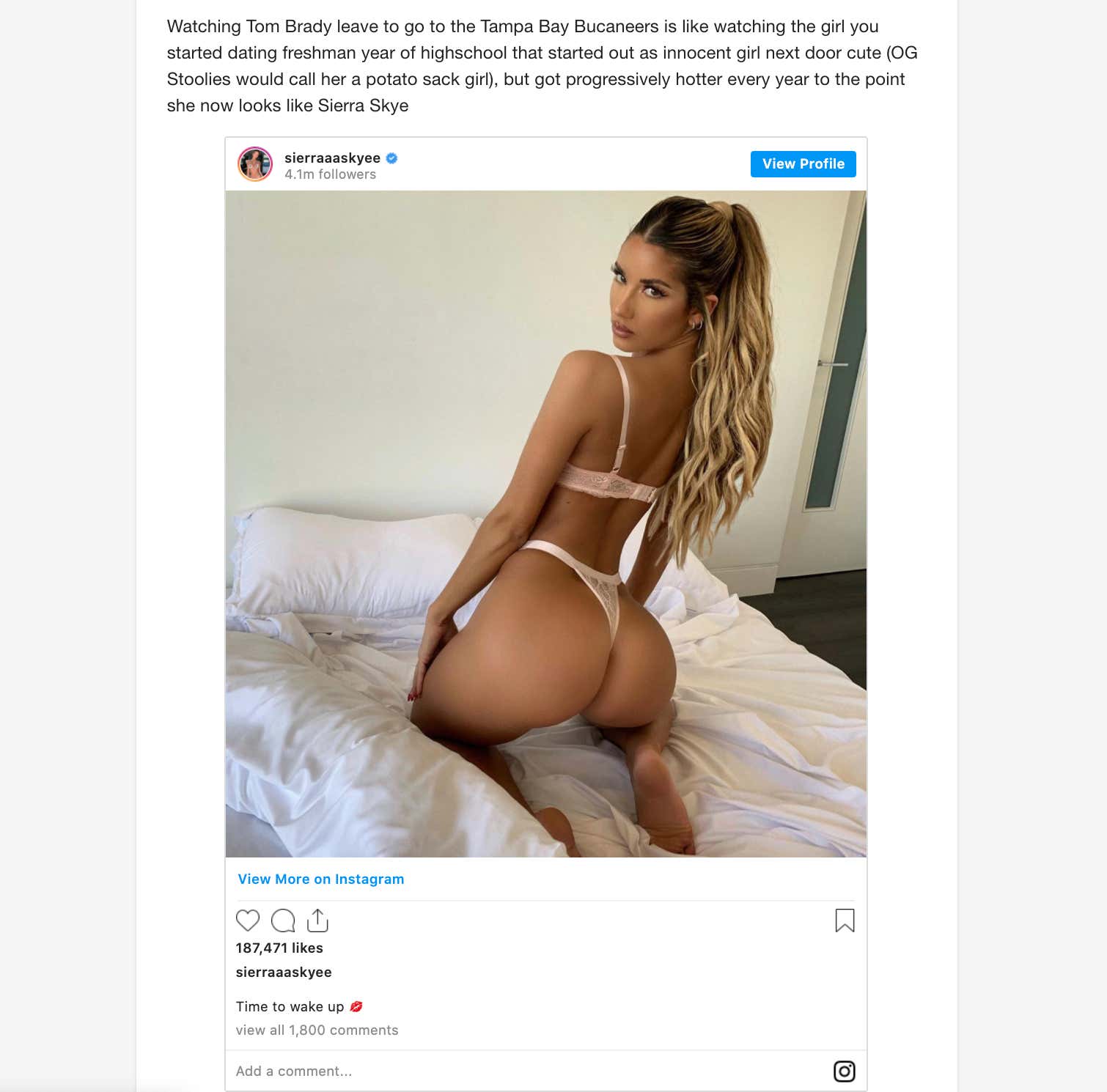 People were saying another reason was because I would have to add another team to my list I'm a fan of. But that's debatable.

Nonetheless, TB12 and Gronk are Bucs now. And a lot of Patriot nation, and the country, is rooting for them. So here's a shirt if you're a bandwagoner Buc fan.

ps - This is technically my second shirt sold in the Barstool store. The first was one of the GOAT's nbd.