For a quick explanation, it all started when Missouri Senator Josh Hawley sent out a press release regarding messages that hundreds of NBA players are opting to put on their jerseys for the upcoming (fingers crossed) season. He was SCANDALIZED by the player's decisions to do so & wanted to know,

Is the NBA prepared to allow its players to wear phrases in support of the United States, the American military, and U.S. law enforcement personnel, such as “God Bless America,” “Support Our Troops,” or “Back the Blue”? Will it censor players wearing such messages on their jerseys?

You can read the rest of it HERE. Just kidding, that was a Rick Roll, I can't help it. But you really can read it HERE.

Anyways, in a vibe that reminded me of journos writing hit pieces on Barstool emailing Dave knowing full well they're being obnoxious & the response they'll get, he sent his press release to Woj & got the following response:

Live look at Hawley preparing to Tweet that response for pandering purposes because politics are politics: 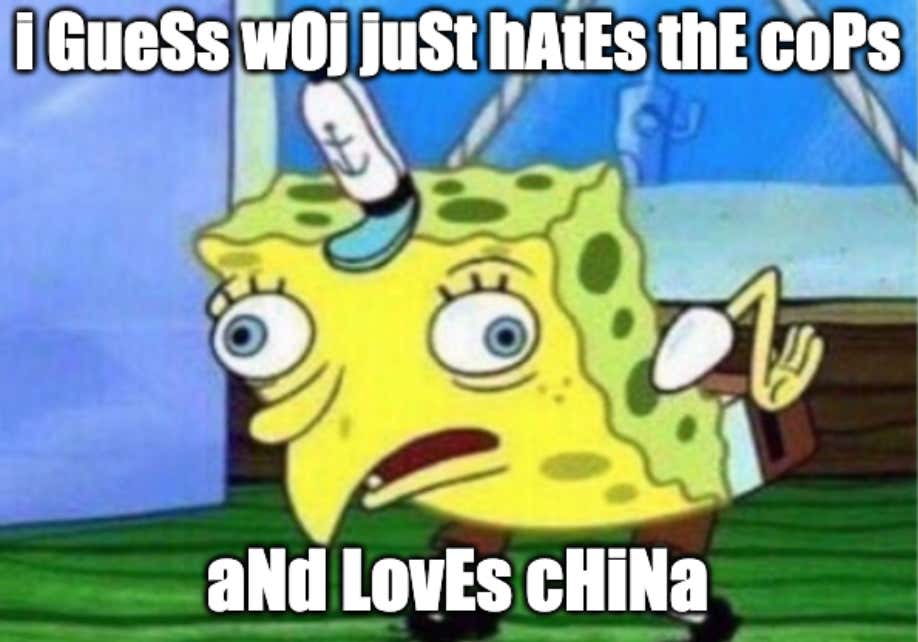 And now Woj's response to the whole thing:

And say what you will but the way I see it if you're upset about what the players are putting on their jerseys and choose to see them as "aNti-PoLiCe!!1!!!!!" you suck and you're missing the point.

"Equality" is the most popular social justice message players have chosen to display on the backs of their NBA jerseys for the league's upcoming restart, National Basketball Players' Association executive director Michele Roberts told ESPN's The Undefeated on Wednesday. "Black Lives Matter" is second.

This is what you're hijacking to get coverage, to pander, to stand on some MacGuyvered sense of righteousness? "Equality"? That's what you're crying about while twisting to make it something more so you can hold up progress? This reminded me of politicians getting people riled up about trans service members in the military to redirect attention from things that actually matter. Go ahead & be upset about the NBA/China stuff, I understand that, not great, but don't compare it to the Black Lives Matter movement & how that affects the players. Don't fall for this cheap PR stunt that aims to undermine BLM.

A line in Hawley's letter:

'Give them the choice to write ‘Back the Blue’ on their jerseys. Or ‘Support our Troops.’ Maybe ‘God Bless America.' What could be more American than that?”'

Uh… What could be more American than that? I'd say Americans who love this country enough to put things on their jerseys that actually have to do with the real issues at hand like black lives mattering and equality instead of some grandstanding slogans that rile up emotions but don't fix or change anything. I'd say what's more American are people willing to stand up for what is right regardless of the consequences they face for it & the fans they may lose. People expressing themselves in the hope for an America that treats everyone with the same respect & dignity, which will ultimately be better for all.

In my view Hawley is a classic 'shut-up-and-dribbler' and he joins the likes of Georgia Senator Kelly Loeffler who penned a similarly dweeb-ass letter to the WNBA. "Keep politics out of sports," these politicians cry while reenforcing policies that make the lives of people of color inherently political.

As I showed before, Woj has retracted his "fuck you" in a professional manner which I understand, but I say mine freely. To those like Loeffler & Hawley, fuck you.

In closing to Hawley, if you want to go ahead & combine topics for the sake of a quick knee jerk message then allow me to do the same & say that for a Senator bringing up a regime that suppresses people, you guys sure are doing great in Missouri. 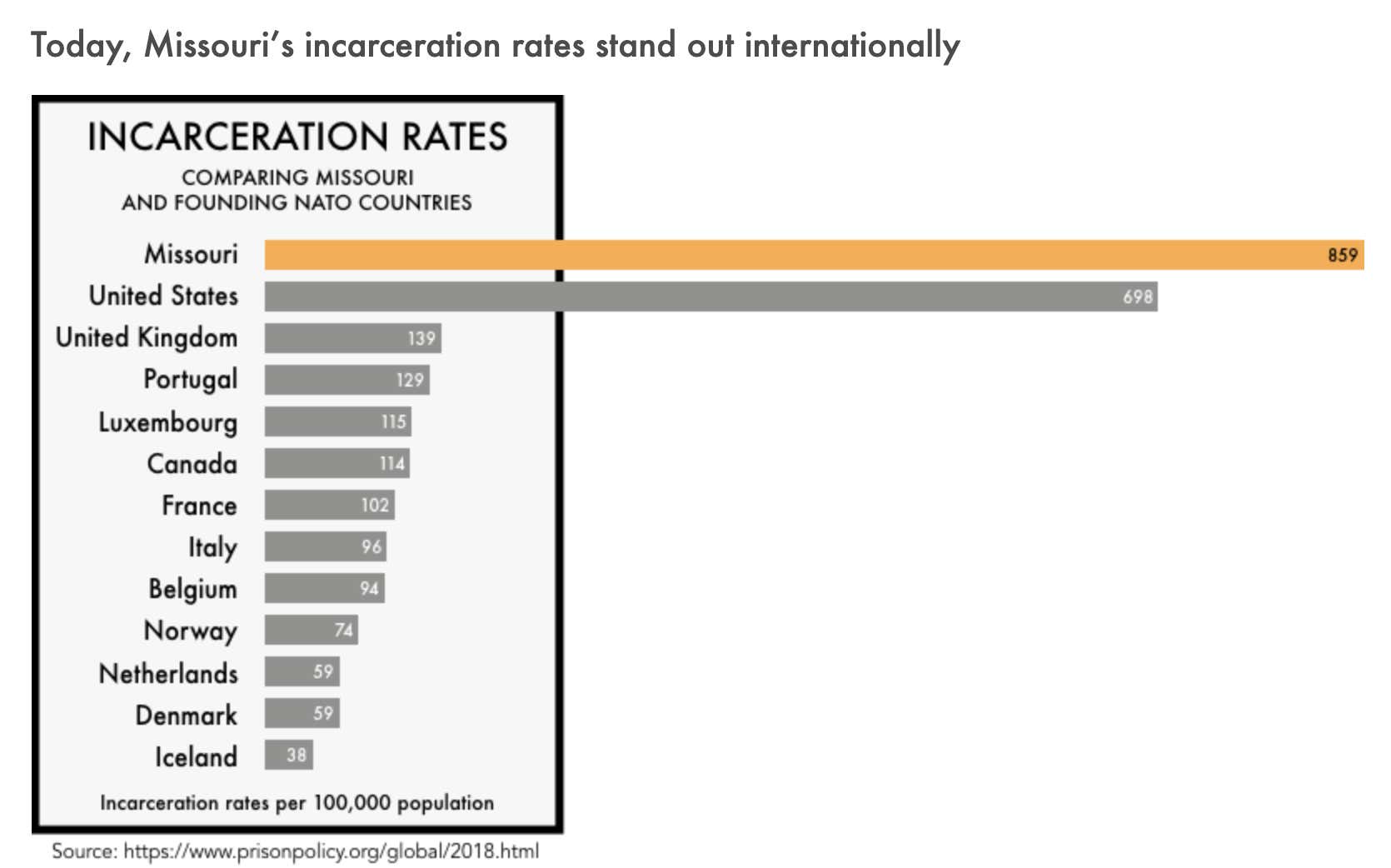 And since you don't even have an NBA team, maybe focus on something that matters in your state right now:

Update: Calling it 'the NBA/China stuff' doesn't do it justice (massive understatement) and I was obviously grossly wrong to be so flippant in the wording. I was rush-angry-writing which never makes me the most eloquent or intelligent (since normally I'm so eloquent & intelligent?) and sometimes I know what I want to get across but don't always do it effectively. Read the Human Rights Watch report & about what's happening with Hong Kong and you'll feel sick to your stomach. It was never my intention to downplay that.

The spirit of what I was going for is that using that as a way to 'gotcha' players advocating for BLM is still garbage to me but I think I went about it poorly. This Bleacher Report article from '19 following the Daryl Morey tweet encompasses it far better than I did:

The NBA has been involved in China for 40 years. China is no different today than it was in 2008, when NBA China was launched, or in 2004, when the NBA played its first preseason games there, or in 1979, when it staged its first exhibition game there.

China was a human-rights violator when Beijing hosted the 2008 Summer Olympics, and when it was awarded the 2022 Winter Games. The ATP and WTA were just there a few weeks ago for the China Open—a tournament that's been operating for 15 years.

The sports world has been mining the lucrative Chinese market, with its 1.4 billion potential consumers, for years, while collectively averting its gaze from all the unpleasant entanglements that come with it.

Yet no one demanded a political stand from the leagues and athletes who passed through. Until now.

Right-wing bloviators who once told LeBron James to "shut up and dribble" now castigate him for his silence. The people who told Steve Kerr to stick to sports now demand his opinions on China.

And those on the left who for years cheered the NBA players' social consciousness are now ripping them for their reticence.

And I provided a link up top but below is the release in full from Hawley, which I probably should have included more of out of fairness and, for the record, I still think sucks.

Today Senator Josh Hawley (R-Mo.) is sending a letter to NBA Commissioner Adam Silver blasting the league’s apparent decision to strictly limit messages players can wear on their jerseys to a few pre-approved, social justice slogans while censoring support for law enforcement officers or the military and any criticism of the Chinese Communist Party (CCP). Senator Hawley writes that, as the NBA is now sanctioning political messages, they must stand up for American values and make clear where they stand on China’s human rights abuses.

Senator Hawley writes, “The truth is that your decisions about which messages to allow and which to censor – much like the censorship decisions of the CCP – are themselves statements about your association’s values. If I am right – if the NBA is more committed to promoting the CCP’s interests than to celebrating its home nation – your fans deserve to know that is your view. If not, prove me wrong. Let your players stand up for the Uighurs and the people of Hong Kong. Let them stand up for American law enforcement if they so choose. Give them the choice to write ‘Back the Blue’ on their jerseys. Or ‘Support our Troops.’ Maybe ‘God Bless America.' What could be more American than that?”

In October 2019, Senator Hawley sent a letter to Commissioner Silver criticizing the league’s decision to side with the CCP over pro-democracy protestors in Hong Kong. Commissioner Silver recently described the incident as “a bump in the road” in the NBA’s relationship with the Chinese government and said he hopes to “find mutual respect” with the CCP.

Senator Hawley requests that Commissioner Silver clarify whether the NBA will censor players who choose a message in support of victims of the CCP, how they plan to respond to potential CCP retaliation, and whether they will allow players to display messages in support of the U.S. military and law enforcement.

Read the full letter here or below.

On July 3, the National Basketball Association (NBA) came to an agreement with the NBA players union allowing players to wear certain social and political messages on their jerseys, almost all aligned with the message of recent anti-police protests. Conspicuously missing from the list of approved phrases are any in support of the victims of the Chinese Communist Party (CCP), including the people of Hong Kong, whose remaining freedoms are being extinguished by the CCP’s newly-enacted national security law.

Given the NBA’s troubled history of excusing and apologizing for the brutal repression of the Chinese Communist regime, these omissions are striking. Last October, you no doubt recall, you chose to apologize to the CCP after Daryl Morey, General Manager of the Houston Rockets, spoke up on behalf of the Hong Kong protestors.

Following that shameful display, I encouraged you to reverse course. Instead, you have spent the intervening months deepening the NBA’s ties to the CCP. Just last week, you described the October incident as “a bump in the road” in the NBA’s relationship with the Chinese government. You went on to say that you understand that the CCP has “a different view of … how things should be done,” and that you hope the NBA and the CCP will be able to “find mutual respect for each other.”

What offensive nonsense. No amount of profit can justify collaborating with a regime for which violent suppression and enslavement are routine tools of governance.

The league’s new policy suggests a newfound commitment to enhanced employee expression. But that free expression appears to stop at the edge of your corporate sponsors’ sensibilities. And for woke capital today, profits from the Chinese market are more popular than patriotism.

The truth is that your decisions about which messages to allow and which to censor – much like the censorship decisions of the CCP – are themselves statements about your association’s values. If I am right – if the NBA is more committed to promoting the CCP’s interests than to celebrating its home nation – your fans deserve to know that is your view. If not, prove me wrong. Let your players stand up for the Uighurs and the people of Hong Kong. Let them stand up for American law enforcement if they so choose. Give them the choice to write “Back the Blue” on their jerseys. Or “Support our Troops.” Maybe “God Bless America.” What could be more American than that?

With your new policy, you have crossed the line of sanctioning specific political messages. There is no avoiding the work of clarifying the association’s values now. This is a time for you to make clear what your league believes about human rights and about the nation that is your home. Your silence on these questions speaks volumes.

With that in mind, I request your response to the following questions by July 29, 2020:

I look forward to your answers. Thank you for your attention to this important matter.

Alright, carry on and