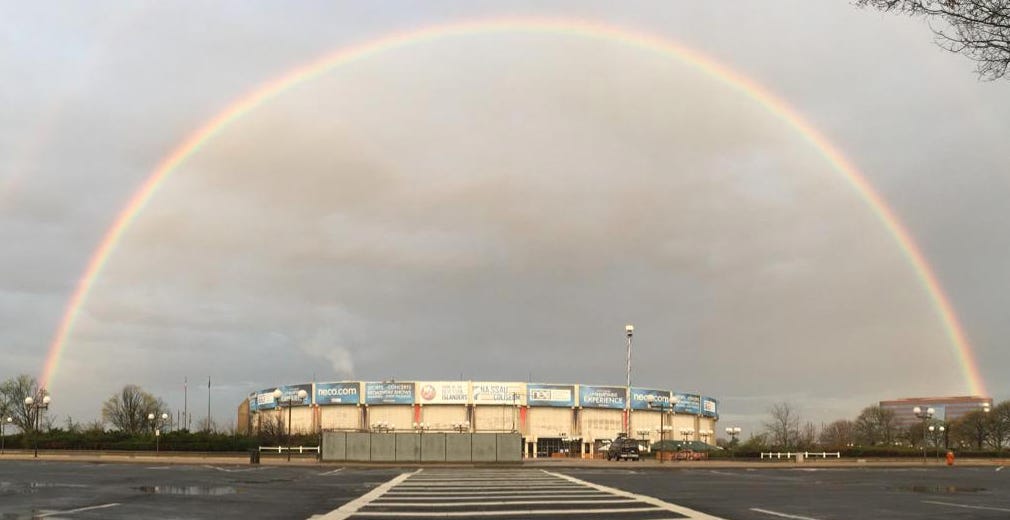 There are moments in history when us mere mortals are waiting for a sign from above. A sign from some higher power to give us purpose. A signal from the Gods before we head into battle. Today, this morning, we received our sign. Shining above Fort Neverlose like a beacon of strength and protection. Like when the Heavenly Father, God Above, launched the Crusades on Jerusalem in 1095 – or the Norse God of War and Death, Odin, launched countless Viking raids on the infidels to the west – this is the Hockey Gods declaring war on the Capitals and the rest of the NHL. This band of light protects our old Barn from the intruders who march on us tonight. Tonight, we are led by this man: 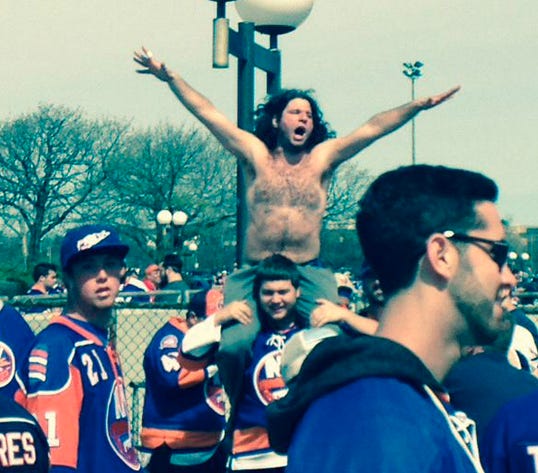 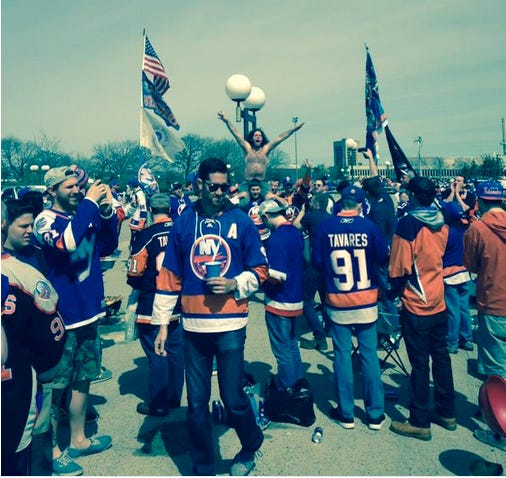 and some sort of Higher Power that understands the New York Islanders and Nassau Veterans Memorial Coliseum are everything that’s right with the hockey world. Tonight, the rowdy, dirty, violent, and fearless Islanders faithful defend their Fort from invades from the South once again. With an army of 16,000 men and protection from the Hockey Gods above, it will be a miracle in the Capitals or their fans walk out of their alive.

GIVE US ALL YOUR LICENSE PLATES!!! LETS FUCKING GO ISLANDERS!!!!