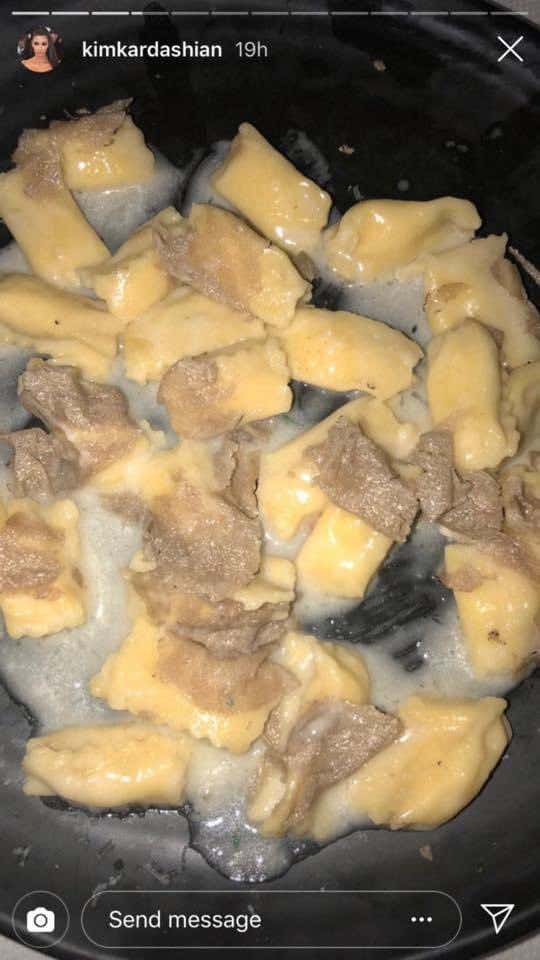 What in the absolute fuck is going on here? Apparently this is supposed to be agnolotti with truffles. Which is a type of pasta dish you'd likely see on a tasting menu for $165 per person. But I don't care if this plate had all the shaved truffles in the world, that is some certified dog shit. Honestly it looks like if you mixed Velveeta with some soggy Cinnamon Toast Crunch and added some Cinnabon glaze. And you know what? That actually sounds better than the way this monstrosity looks. At the very least you could be aggressively high and enjoy that Velveeta Cinnabon Toast Crunch meal. But this shit right here?

But yeah. I guess this just goes to show that you can never really understand the struggles that somebody else is living through. You might think that Kanye West is just a gigantic asshole for no apparent reason. You might think he's a total prick mostly for the sake of being a total prick. But just put yourself in his $415 shoes real quick. Imagine marrying someone who cooks like this and then has the audacity to think it looks good enough to snap a picture off to millions of followers. You'd be a certified psycho, too, if this is what you had to eat.