Ohhhhhh shiiiiiiit. That bitchboy Corona wanted to dial up the heat on America by spiking cases south of the Mason-Dixon line so science responded by bringing their Mo Rivera to spread the mask message in order to #stopthespread on the hottest app in the universe. Slim Charles was right when he said the game just got more fierce.

If you want to ignore the warnings of your local nerd or Big Tony Fauci, that's on you. But ignoring the words of someone so in tune with the way atoms work that he has the name Science Guy on his license? Does this look like the face of someone you want to fuck with? 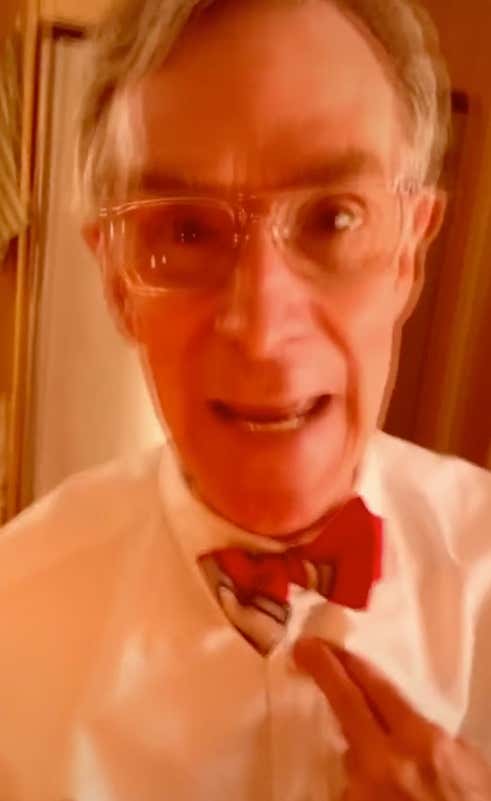 Not only was Based Bill Nye dropping his usual science knowledge on the young'ns but he also threw in a free English lesson for the people that use "literally" wrong since they are LITERALLY the worst people in the universe outside of people who refuse to wear masks in public. Once the #influencers take this video and turn it into some sort of viral challenge, you can shove the coronavirus in a casket for good.

Actually you know what? Conquering the fastest growing social media app in the universe ain't gonna do shit to the coronavirus. If Bill Nye really wants to spread his mask message, he better repost that shit to Facebook because those are the people on social media that need to hear it.

Also, we all need to make a pact that if Bill Nye ever gets coronavirus and dies from it, we will track down the maskless person that gave it to him and make them do the Cersei walk of shame from sea to shining sea.