In just under an hour, myself, Chief and Carl are back for Chicago vs. PFTBFW IV on Jeff D. Lowe's SMASH hit "The Dozen". So far in the series, we are up 2-1 on those two and first two contests were HEATED.

Why were they heated? Because BFW is a big fat cry baby who thinks I cheated. He thinks I cheated because I knew the Tongan Flag in our first meeting (an old friend is Tongan and flew it outside his house growing up) and because the light on the my computer flashed on my face making it look like I was switching web pages even though I got the question incorrect on the answer he said I was cheating on:

It's my fault though. I have a bit where I act like I cheat all the time a la George Costanza and on RLR after a live show, I screamed "BECAUSE I'M A CHEATER" like Costanza did in Seinfeld's last episode when the plane was going down. Truth is, I don't. Half ass things, sure, cheat? Naw. Not really. Not in this.

Now mind you, this was filmed on the Sunday of Memorial Day weekend. I was SHITFACED to the point where I don't even remember walking home and then woke up in the morning and immediately texted Jeff D. Lowe an apology for being an asshole on his show. I truly felt bad because he works his dick off on production for it. It's a ton of work behind the scenes. I just have to show up and I showed up looking like a fucking dickhead and I regret it. That said, I was too fucked up to even read the questions correctly. Not trying to be the "I LOVE TO GET DRUNK" guy, but that's just what it was.

Nonetheless, I didn't cheat on anything. Again, I got this specific question wrong. If you don't know how it works, we use streamyard to record the show, which is just like Zoom. There are 4-5 different people on the stream and depending on who's talking, you're looking at different parts of your computer screen.

The flash? I can't really understand it, but here's an example of the same thing happening in a show I did with Section 108 last week:

It happens the entire video. You can see it here:

Heavy sections were handed down from the commission despite a complete and total lack of evidence:

It's fine though because I want to be blindfolded for today's show. It'll make a win that much sweeter. I'm sure BFW will have a laundry list of other excuses should he and PFT lose, and that's fine. If/when we win, I will be dancing on his grave via both shit talking tweets and weblogs.

Oh, and some Stoolie that has the same last name as me wanted to clear my name for me, but I didn't even take it to that extreme because I didn't give a shit. 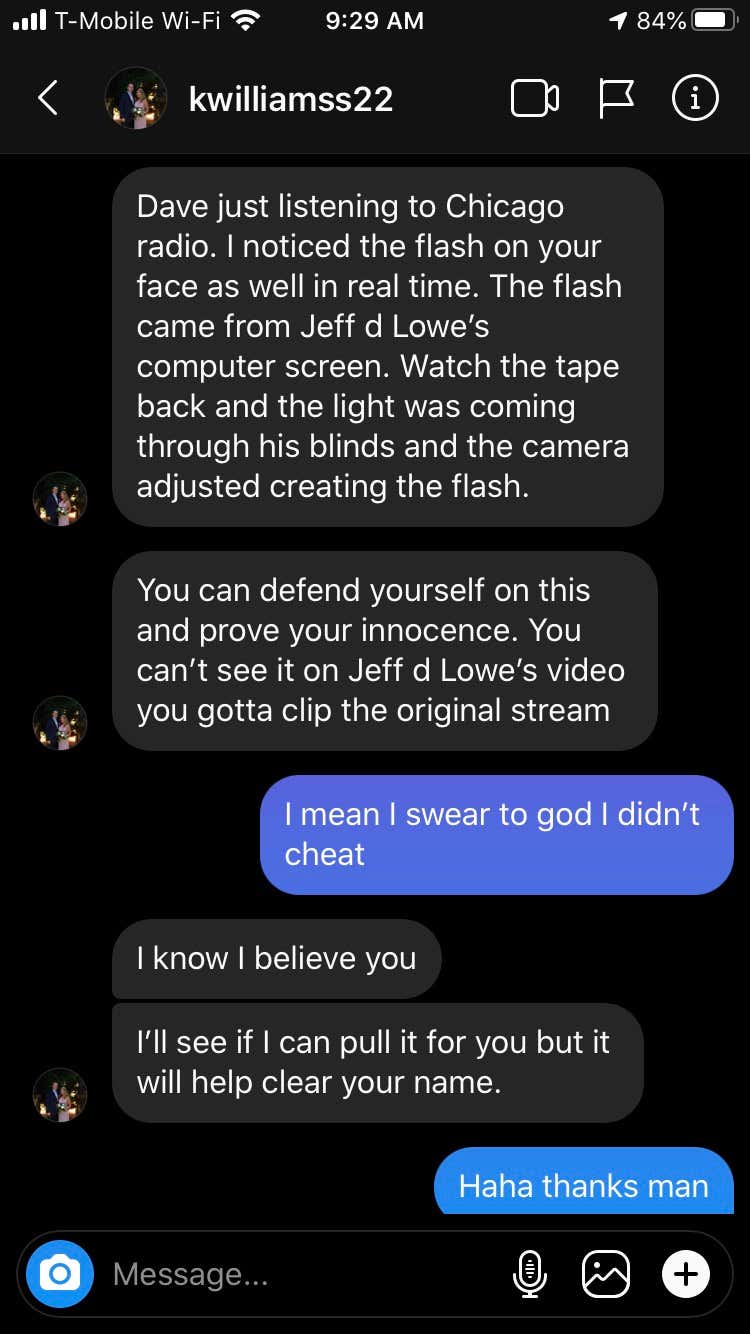 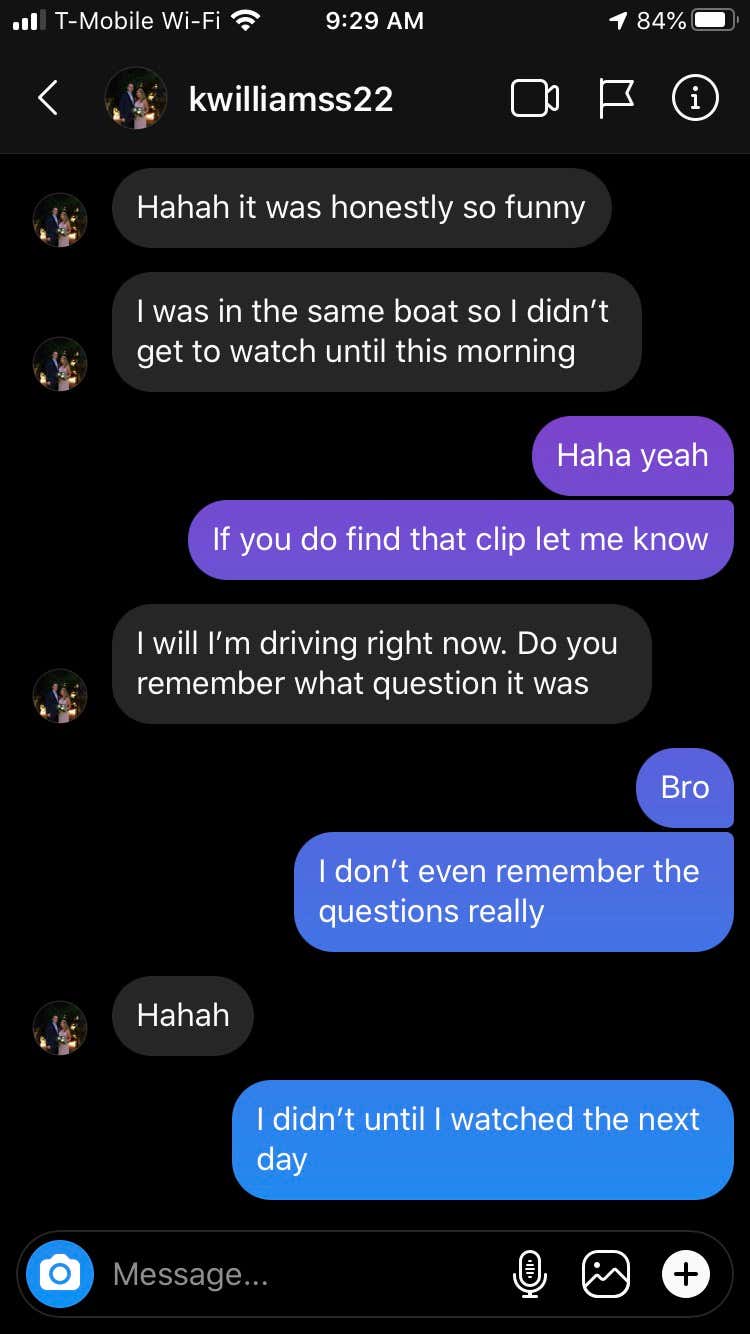 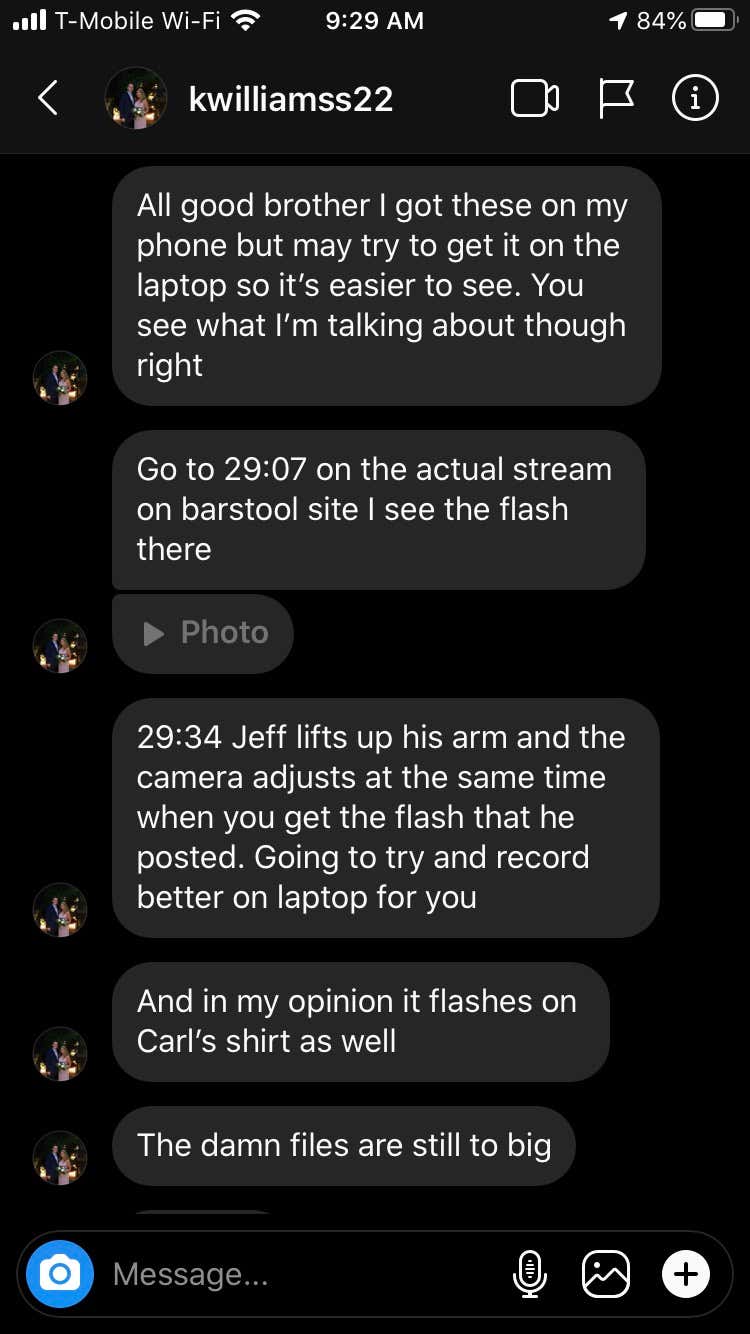 Here's what he sent me. I can't figure out how to upload the videos myself because I'm technologically stupid, but whatever. 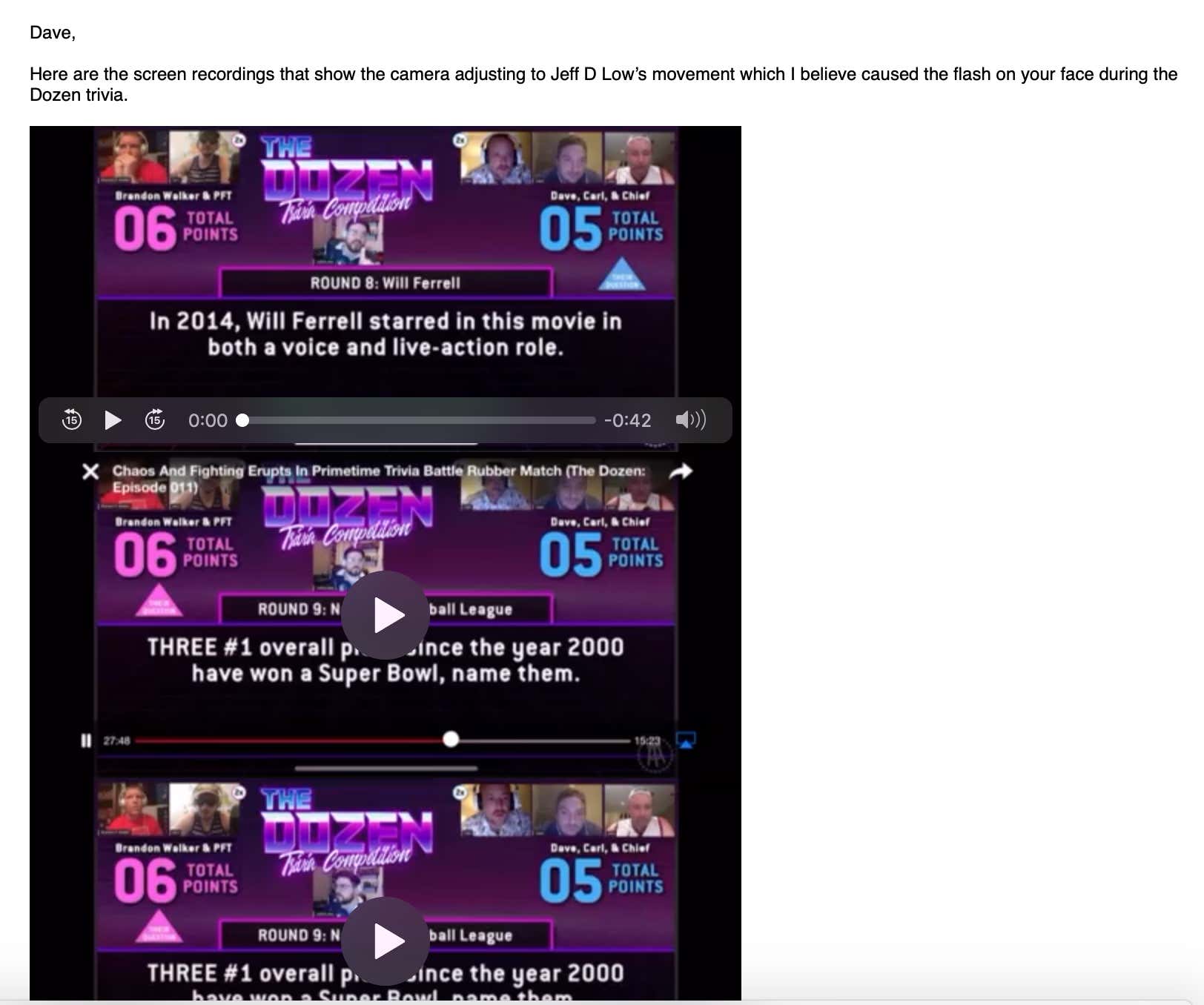 The show kicks off in 15 mins. Brandon Walker better pray he wins against my blindfolded ass. Here is our last battle