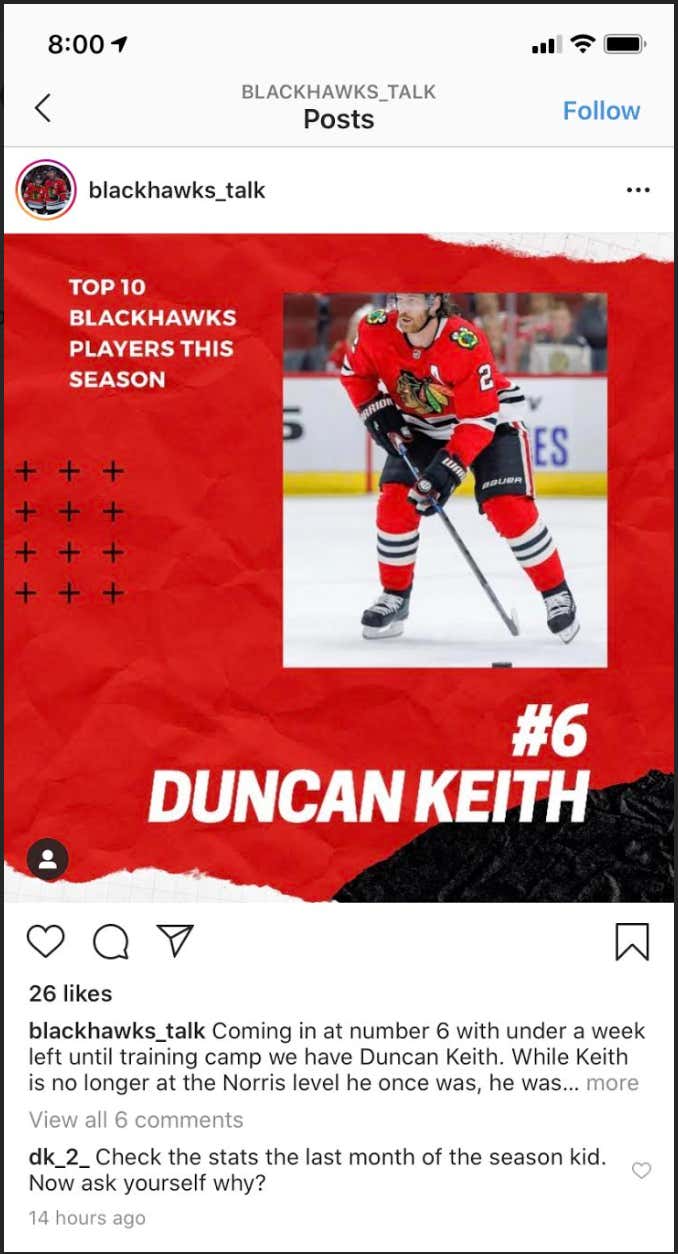 "Oh I am not a Norris guy anymore? Check the stats, kid...you fucking idiot"--Duncan Keith

I love it. I don't know if Duncs is running his own account. Part of me thinks that is impossible because he couldn't even do his own zoom call last month

I love the idea of him mixing it up online. Chomping at the bit to get out there. So fired up and ready to go against Connor McDavid that some random IG account with 266 followers got his attention when they said he wasn't a Norris guy anymore. Fuck you, Blackhawks_Talk. It's probably run by a 16 year-old kid who just loves hockey and Keith and is trying to make a good fan account with photoshop graphics. Well, maybe if he wants to achieve that goal he should check the stats. What stats? I don't know. I am more of an eyeball test guy and Duncs still looks like an elite defender to me

I already bet the Blackhawks +150 to win that series and I won't lie, it's basically because I know Keith, Kane, and Toews have been working out the entire time. Skating basically the entire time. I know those guys will be ready to go. They're hungry for playoff action. They're going to be savages. I don't think Edmonton wants that smoke. Those three in the playoffs are a different animal. Let's fucking go.

PS: Fire Stan, Fire Jeremy. Bring in Gerrard Gallant. The Devils hired Lindy Ruff after being linked to Gallant for months. Maybe Gallant passed because other, better, more prestigious jobs in a big market with hall of famers on the roster became available. Maybe. I don't know.