Matt Klentak looks like a dork and he acts like a dork, so chances are that Matt Klentak is a total dork. Which means that he probably got bullied a bunch while growing up, so he's most likely used to it by now. Either way, Bryce Harper is turning it up a notch here, and I don't want to see what happens if Klentak doesn't finally turn on his brain and get the Realmuto extension done.

He's getting screamed at during an intersquad scrimmage. He's been wearing a Realmuto shirsey to practices.

He's in full blown troll mode. Which is all fun and games for now. But again, Klentak better get that extension done because it's only a matter of time before he'll have to pay the troll toll. 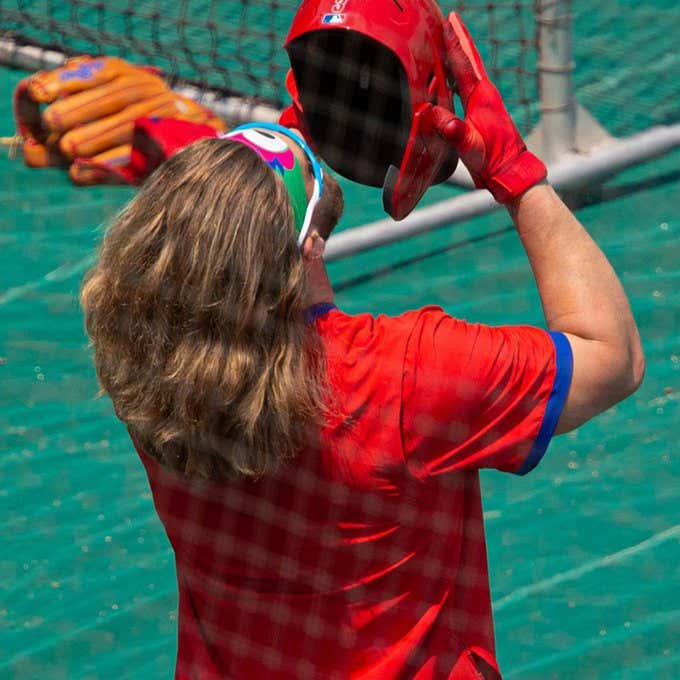