Alright for starters I wanted to make it clear that when I talk about "Tik Tokers" I'm not talking about funny Tik Tok creators or people who actually put effort into their content, I'm talking about the people who only post thirst traps and are extremely popular on the app for basically having good genetics.

I don't really know how to go about this because I don't wanna shit on these kids too hard because I'm sure a lot of them are just trying to have a fun time on Tik Tok and post videos with their friends. However, I am going to shit on these kids pretty hard. I've had thoughts on this for awhile now. I guess basically my main thought that I've been having is what are these kids going to do when Tik Tok isn't massively popular anymore or when they aren't popular anymore, which I see as inevitable.

When I look at the Hype House and things like that on Tik Tok where it's just a collection of attractive teenagers who are massively popular for doing these super cringeworthy sexual dances for their audience of primarily 13 year old girls, I instantly think of Magcon from the app Vine. 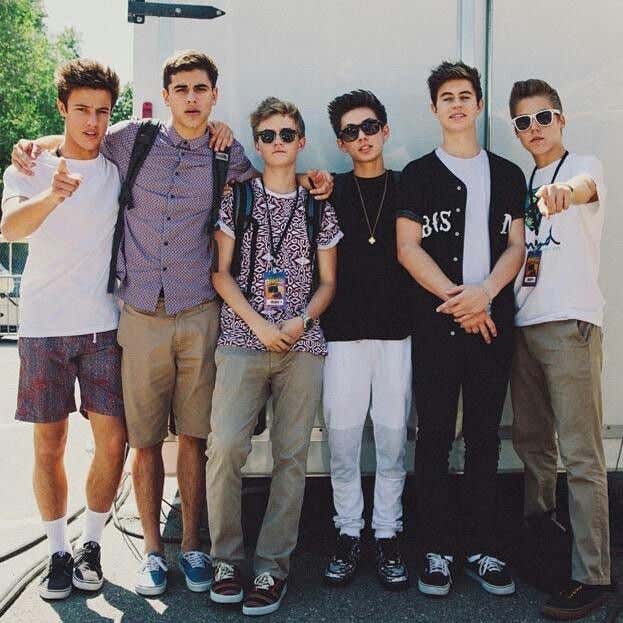 Magcon was basically a group of boys who posted exclusively thirst traps on Vine. They had fans that consisted almost entirely of 13 year old girls. This is basically identical to the "Hype House" or the "Sway House." But instead it was on Vine like 5 years ago rather than today, on Tik Tok. 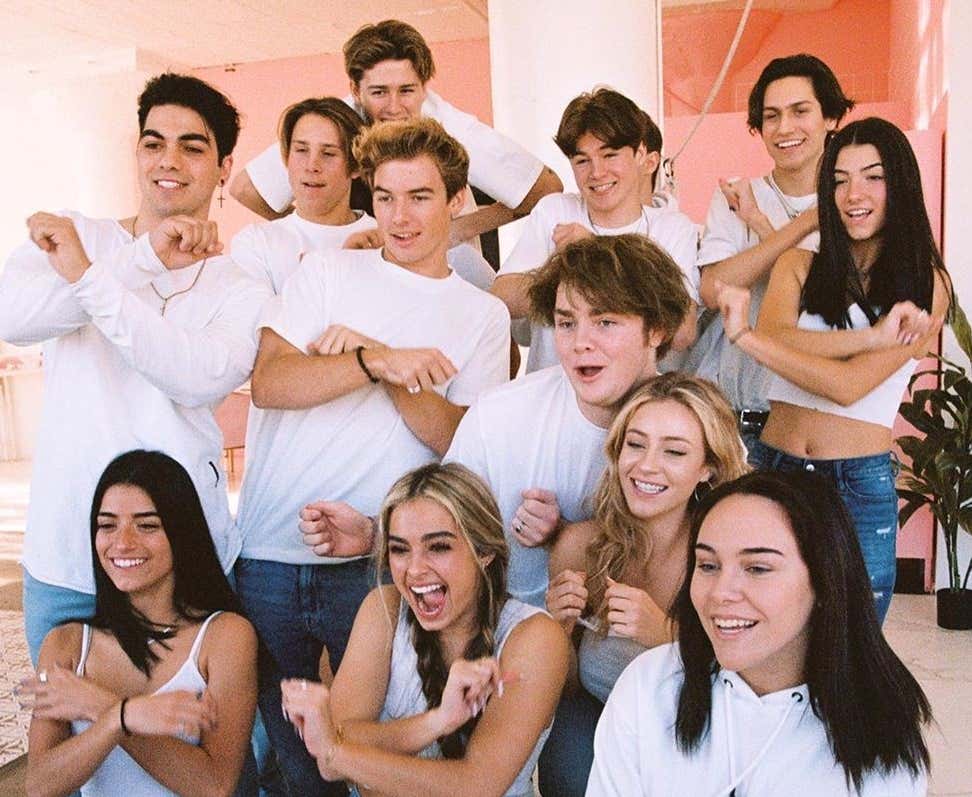 So basically these kids pictured above are all wildly popular currently on Tik Tok. All of them have well over a few million followers and basically run that app. However, for the lads from Magcon it's a completely different story.

Sean Mendes, the musician, is basically the only really successful person to come out of Magcon. Aside from him everyone completely fell off and most of them are still very young. Just from doing very little research I was able to see that Nash Grier who was a member of Magcon back in the day pulled in 14 million views on his first ever YouTube video. He averaged over 10 million views on a majority of his videos back then (six years ago). Today his videos only average about 300k views. I would definitely call that falling off in terms of social media.

Basically the connection I'm trying to make here is what is going to prevent these Tik Tok kids from having that exact same thing happen to them? Obviously a few of them will be fine like Charli Demelio and Addison Rae because they have a massively large audience and will probably keep most of that for their whole life. But what about the others? How are they going to prevent themselves from falling off?

I feel like when you're famous for only being good looking and doing these fairly simple dances it's hard for you to maintain a fan base. Like they have nothing to offer in the long term. What happens in five years when half of them are in their mid twenties and are starting to get a nice beer belly going and 13 year old girls no longer find them attractive? The only thing I see happening there is them falling off.

I feel like if you don't have a personality online it's hard for you to maintain a fan base. There are tons of other online content creators like David Dobrik, Cody Ko, etc. Who started on vine and made a career out of it. But the difference there is they have something to offer. They have personalities.

I could honestly go on and on with this list but it's literally all the same. They all tweet the same and make the exact same Tik Toks. So if this is all they have to offer their fans I don't see what prevents them from repeating history and having the exact same fall off that the Magcon guys had?

I mean seriously how many times can you post the EXACT same dancing video before your fan base gets sick of it? 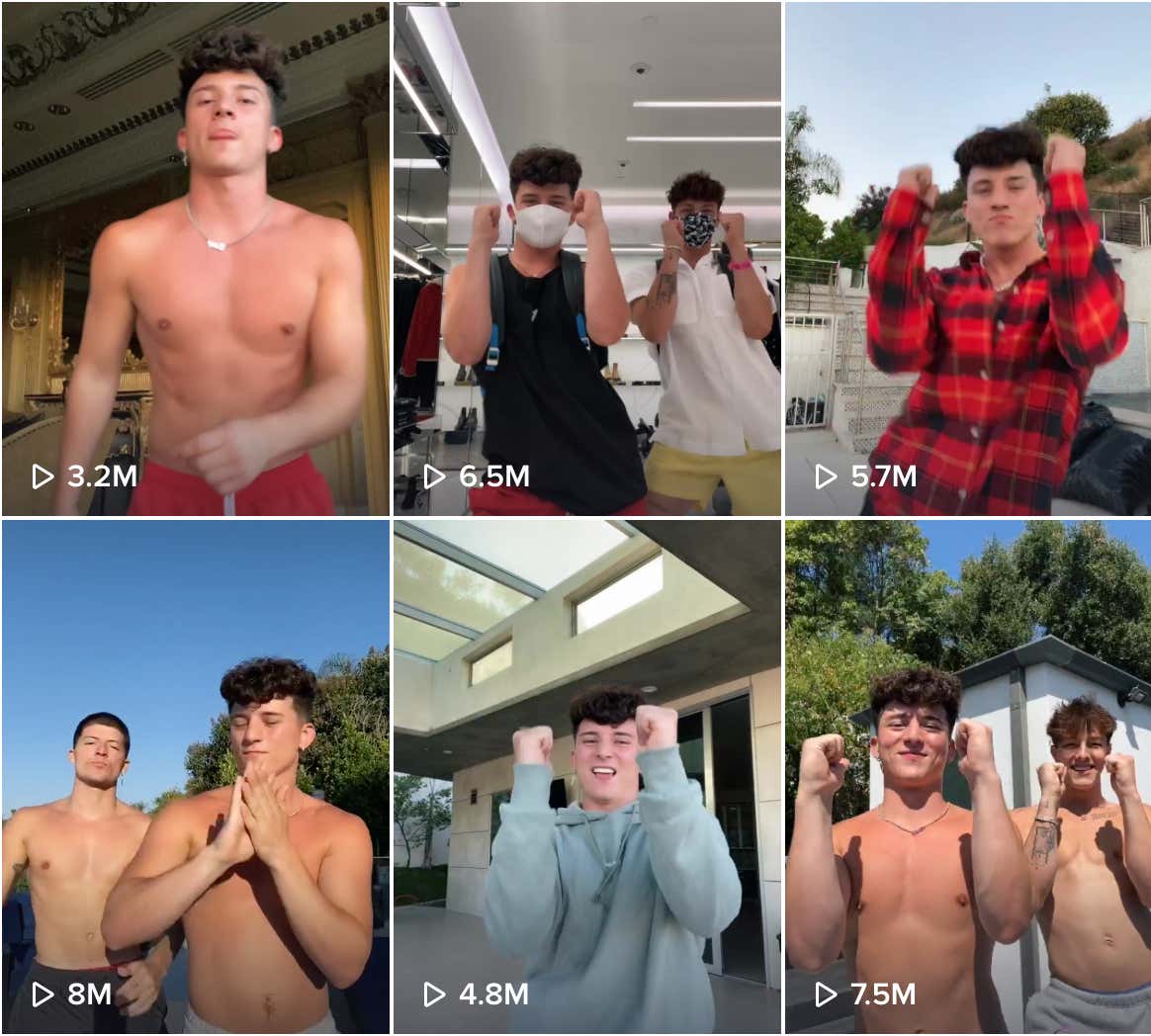 I don't know if anyone has already expressed the same thoughts about this that I have but I honestly feel like Christian Bale in The Big Short where he predicts the housing market crash. Almost the same thing except I am predicting the downfall of Tik Tok thirst trap posters.

Also there are PLENTY of hilarious Tik Tokers on that app who will definitely have great success in life. Some of my personal favorites are @jercho1, @asafyrov, @frankiesfun, @austin_maguire, @sarahschauer, @nolanroseborough, @fibulaa, @bricknermon, and @cutepicsofliluzi. There are plenty more but that's all I could think of. Cheers.

Also feel free to let me know if you agree and/or disagree.