After being traded from the Houston Texans to the Arizona Cardinals earlier this offseason, I think it's officially safe to say there isn't too much love lost between DeAndre Hopkins and his former team. Hopkins made a very thinly veiled remark about Patrick Mahomes's new $500 million contract extension on Tuesday, making a point to use the numbers 24 and zero in his tweet.

For those who may not remember why those numbers would be of significance to the Texans:

How quickly we forget that the eventual Super Bowl champions were down 24-0 to Houston less than five minutes into the second quarter of their Wild Card round playoff game. Unfortunately for the Texans, all Mahomes and the Chiefs did was erase that deficit before halftime and outscore them 51-7 in the remainder of the game. 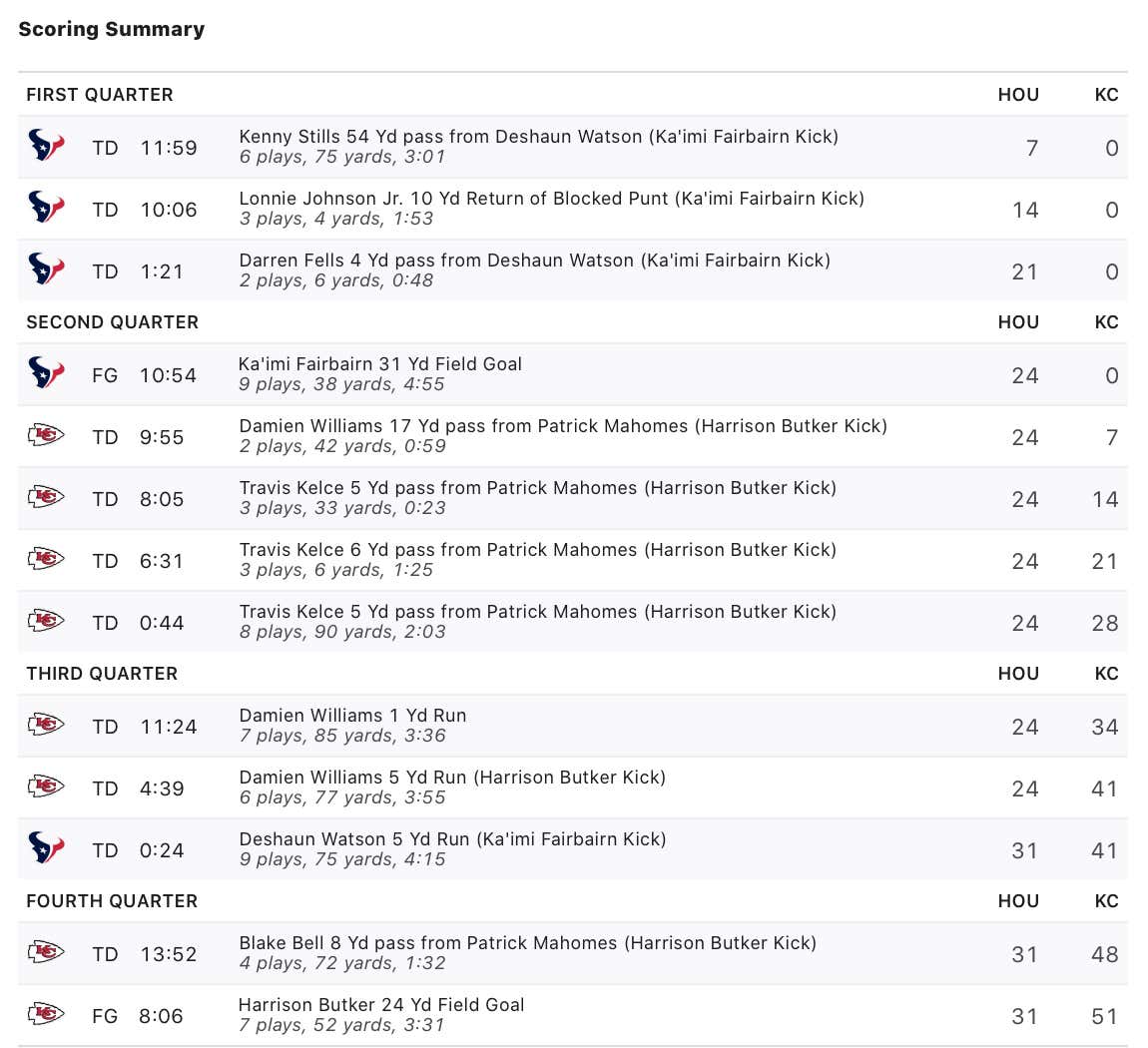 I guess Hopkins still isn't over Bill O'Brien trading him for David Johnson and a bag of footballs yet.