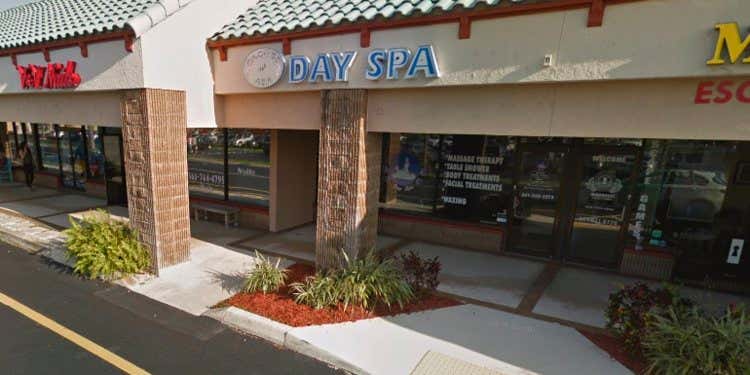 I don't know if everyone's aware of this because it's a situation that has largely gone unreported and not enough people are talking about it so it you're unaware, let me be the first to point it out. So here goes:

Governments at all levels are dealing with a lot of issues right now.

That's the bad news. The good news is that in Florida, officials are not letting a few little things like a spike in the pandemic numbers, widespread civil unrest, a low point in public opinion about law enforcement, an ever growing racial divide, a fight going on over the meaning of our historic symbols and an utter lack of confidence in our leaders and media across the political spectrum stop them from spending millions to enforce an 18 month old misdemeanor charge.

Before I go any further, two things. One, Florida prosecutors were charging Mr. Kraft with a felony for paying a 58-year-old American citizen to do hand stuff for him inside the business she owned. That is, until they weren't. Because on January 3rd, on a Friday afternoon when nobody was paying attention, they quietly issued a press release saying they were reducing the charge back to the misdemeanor it was before they realized that felonies make for more pageviews. Because with sleazy political types, it's always all about the messaging. You yell "misdemeanor," people go "Huh? Wha?" You yell "felony," and we've got a panic on our hands at the NFL Owners Meetings. And no, when they reduced the charges, they didn't line up behind a bank of microphones to announce it like they did when they first charged him and sticky-fingered career opportunists like Sheriff William D. Snyder waved their arms in the air and ranted about human sex trafficking for half an hour. That would be the same Sheriff Snyder who wouldn't talk to me when I showed up at his office and never returned my calls and who never had jurisdiction in the first place.

Two, bringing up all the other problems going on right now while Florida is still fighting to prosecute this bullshit case is not just deflection. This isn't your kid asking why you're so worried about him cleaning his room when there are people starving in the world. It's relevant. Courts across the country are doing triage right now. The emphasis is on reducing case loads by striking plea agreements and dismissing the smallest, non-violent offenses.

But in Palm Beach County, they are going to the mattresses on that private hand jibber incident between the two consenting adults. And it is not going well.

Reason - Florida is advocating for a dangerous narrowing of due process in its quest to justify surveillance video recorded at Asian massage parlors. The state is arguing that it didn't violate the Fourth Amendment in letting secretly-installed cameras run for weeks on end⁠ … an endeavor that yielded solicitation charges for New England Patriots owner Robert Kraft.

Kraft is one of a number of people still challenging the state's surveillance methods and intent to use the footage in court, nearly a year and a half after he was charged for allegedly getting handjobs after two massages at Orchids of Asia in Jupiter, Florida.

"They knew that this was never a human trafficking case. Law enforcement knew it," Kraft's lawyer, Derek Shaffer, told the court during the Zoom-enabled oral arguments. …

But no sex trafficking, forced labor, or assault charges were filed. "There is no human trafficking that arises out of this investigation," said Assistant State Attorney Greg Kridos at a court hearing last year. Meanwhile, court documents revealed the case was always ridiculously weak, casting legal immigrants and licensed masseuses working at registered, tax-paying businesses as sex slaves because some of them also engaged in sex work⁠—while also reserving the harshest charges for these women.

"The state promptly offered plea deals involving community service and fines to the men who had been secretly, and likely unconstitutionally, surveilled," notes Aya Gruber in her new book The Feminist War on Crime. "The Asian female Orchids employees, by contrast, were hit with an array of felony and misdemeanor charges related to prostitution and profiteering and faced a maximum of 15 years for the felonies and up to a year for each of the misdemeanors," which were numerous. …

Robert Kraft, East Spa customer Robert Freels, and others opted to challenge the constitutionality of the surveillance footage.

A court took their side, ruling in May 2019 that the video evidence was not admissible in any of the cases because authorities had obtained it through unconstitutional means. …

The state essentially argues that a fishing expedition is OK so long as it ultimately yields some fish. But that's not how it works. … (The state also writes that it hadn't meant to record footage continually on all cameras for the entire surveillance period, but "after installing the cameras in the spa, Detectives … learned that they could not control entirely which video feeds would be recorded.") …

Presiding Judge Robert M. Gross did not seem impressed by the state's textual argument during the hearing, where a three-judge panel heard from lawyers for Kraft, Zhang et al., Freels et al., and the state.

"You are getting us off on the wrong foot by focusing on the language of the Fourth Amendment when we should be focusing on the Supreme Court jurisprudence … that is heavily weighted against you," Gross told Florida Deputy Solicitor General Jeffrey DeSousa.

So the argument here is, what? That it's OK to secretly videotape as many men, women and trans people as you need to while they're naked in private getting a perfectly legal and legitimate spa treatment from a licensed establishment just on the off chance that they might catch someone paying for a happy ending. Got it. So, fortunately do the judges, from the sound of things.

And while you might be tempted to just disregard this and say it doesn't matter to you because who cares about some minor charge against a billionaire and besides RKK is not a close personal friend of yours like he is to me, understand what the big picture is here. They are asking the courts to say it's perfectly OK for them to violate as many people's rights as they need to in order to catch one person breaking the law. That is exactly the kind of thing our forefathers bled the ground red at Bunker Hill to stop. And once they have the right to do it to NFL team owner who has the means and the willingness to fight back, you can be goddamned sure you and I don't stand a chance.

RKK might be fighting for his own rights, but a victory for him is a victory for us all. And the fact that the state is still pumping all their resources to keep this going instead of just dropping the charges and focusing on what matters is way more disgusting than any Asian Spa handy ever was.