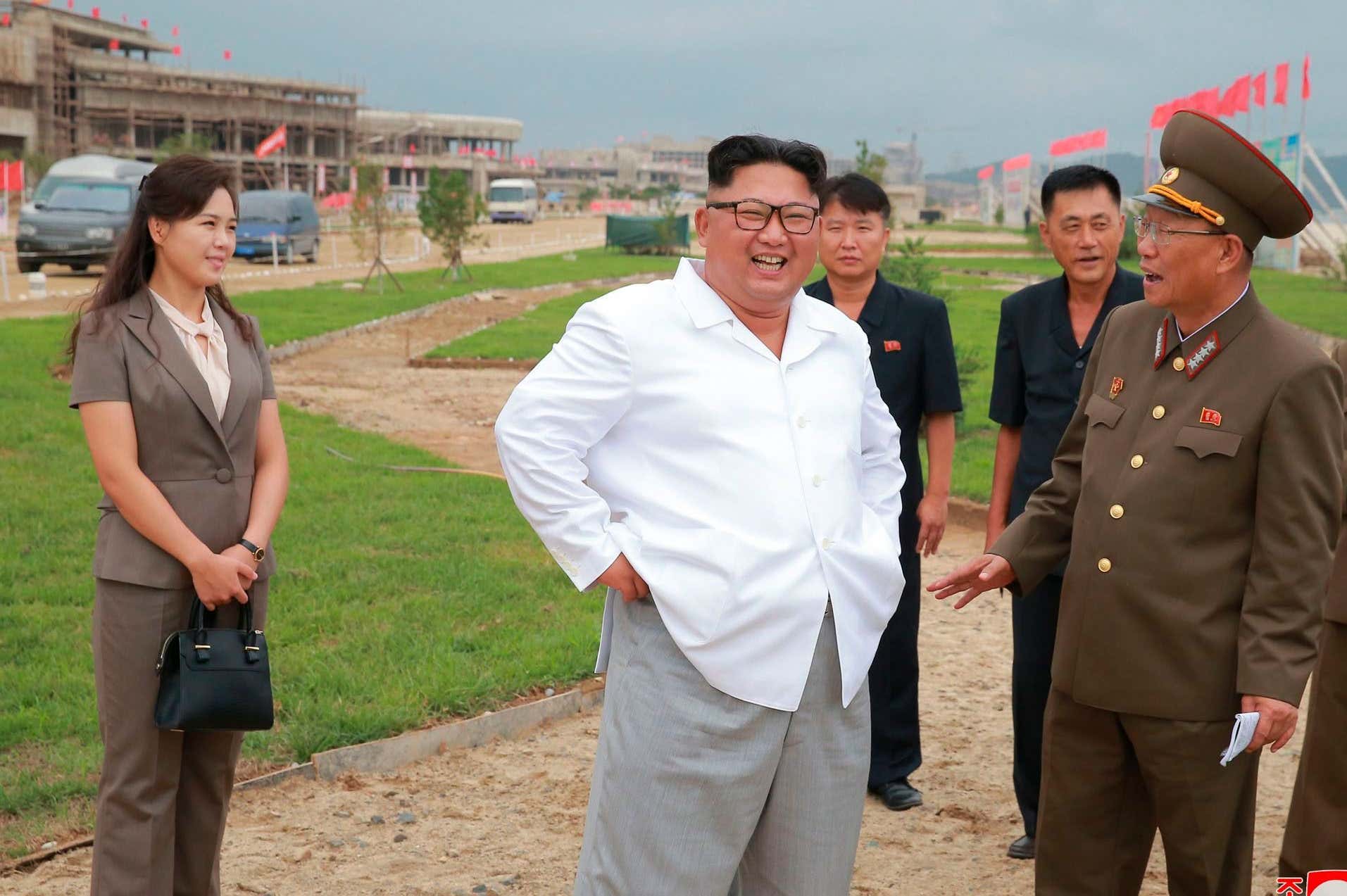 North Korean President Kim Jong Un was so furious about the “dirty, insulting” depictions of his wife in an anti-Pyongyang leaflet campaign initiated by defectors in South Korea that he blew up a liaison office with Seoul and threatened to take military action, according to a report Monday.

The leaflets, carried over the highly militarized border by balloons, are a propaganda tactic that the two countries have used since the Korean War.

He said they were Photoshopped “in such a low-grade way” that they became the “last straw” for the Hermit Kingdom.

Who said chivalry is dead? Not Kim Jong Un that's who. What have you done for your girl lately? When's the last time you went to war for her when she faced a little adversity? I bet you weren't willing to blow up an entire office because your rival country ambushed you with leaflets featuring photoshopped nudes of your wife! You may think you're husband or boyfriend of the year, but I guarantee you're not willing to go the extra mile for you significant other like this when it counts most. Nudes of your girl leak and you probably go buy her some flowers and chocolates like a loser.

Today I learned that an old propaganda tactic between the Koreas is sending over these leaflets via balloons and having them fall on enemy soil. That's a real life tactic. South Korea photoshopped Kim Jong Un's wife on some nudes and had them sent over to the other side. Diabolical. It rattled the leader's cage so much he blew up his own building. This building is supposed to be used for communication with South Korea in a peaceful matter. Nah, you send fake nudes of a man's wife and there goes your communication building. That crosses the line. The building was reportedly empty when the explosion happened after reps from both sides stopped coming in due to coronavirus.

By the way, was it common knowledge that Kim Jong Un has a wife? Learned that today as well. I just assumed he had like 30 lovers or something like that. You learn new stuff everyday!