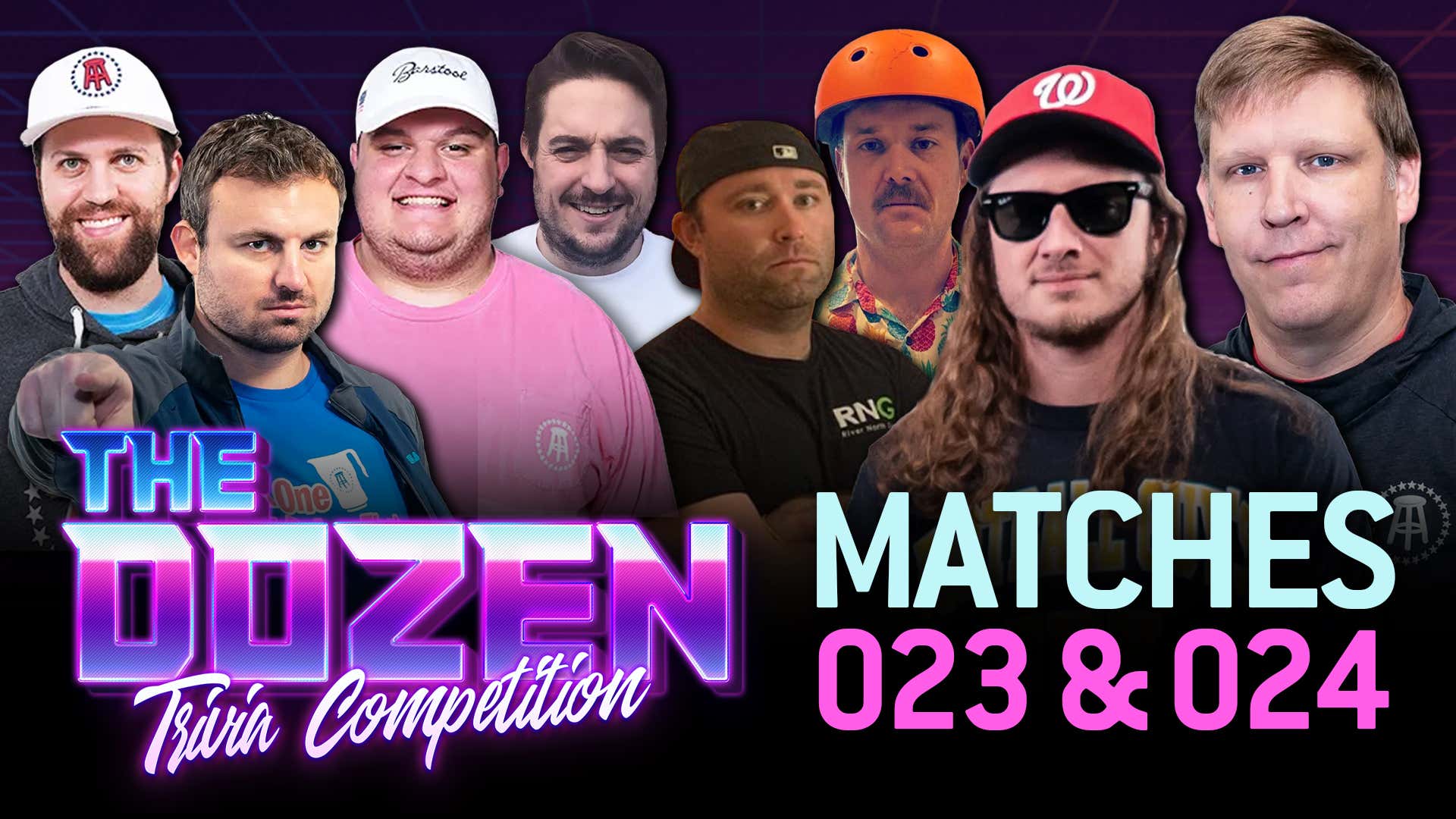 White Sox Dave is back.

If you've watched 'The Dozen: Trivia Competition', you know that Smitty and White Sox Dave are the two sticking points for the biggest controversies in the show's history. Let's tackle Smitty first...

Smitty was part of the first team to ever beat Brandon & PFT, and it ended with a fiery rage from Brandon Walker:

We ended up striking the match from the record book, and then Tommy returned with caller Will from Denver and they blew the fucking doors off of PFT & Brandon with a 16-5 victory. Brandon claims Smitty cheated with the following three answers: Mack Brown, George Wallace, and 'A Bug's Life'.

We've had 20 episodes and a few months since, and Smitty is finally allowed back on the show. No sanctions, no rules, but we will be keeping an eye on him. Do I think Smitty cheated? No. Does Brandon... uh, yeah. Smitty will return with his good buddy Glenny Balls and Nate. The match will take place on Tuesday (July 7th) at 11:00 AM EST LIVE on Twitter and Barstool Sports, and the match will be on-demand shortly after on YouTube and this website.

Now to White Sox Dave, a far more controversial figure. This is how the matches have gone for PFT & Brandon vs. the Barstool Chicago boys:

Every match has been incredible, but two out of three have been marred in controversy of cheating allegations against White Sox Dave. Even the first one had controversy but ultimately came down to a whiffed question from Chicago…

In the second match, White Sox Dave had serious cheating allegations against him, but it was the third, Memorial Day Match (with some drinking involved) that caused sanctions, despite the win, to be placed on Dave:

So, yes, Dave will be back with major sanctions (they have since been tweaked):
- He will have to be blindfolded for all questions
- Eddie, or another employee, will be behind him at all times

It's going to get heated, there's no question in my mind. The last time they faced off, Dave & Carl screamed at Brandon (Chief was sober, and far more reserved) as Brandon flubbed a doubled-up Sports Video Game question and gift-wrapped the victory to the Chicago boys. They're now 2-1 with a chance to take a big lead and redeem their teammate White Sox Dave. The match will take place on Thursday (July 9th) at 11:00 AM EST LIVE on Twitter and Barstool Sports, and the match will be on-demand shortly after on YouTube and this website.

(Oh, also, PFT & Brandon are on a three-match losing streak… so that's a big deal!)