My first full year as a vocational teacher ended on June 22nd, 2006, eight days after celebrating my fiftieth birthday. The career change came after spending twenty-five years of long, tiring days and many late nights, working in damp cellars and moldy bathrooms. I was glad to be off my aching patellas and back in high school. Not that the plumbing trade had short-changed me; my three boys all had braces on their teeth and never went to bed hungry. I asked for nothing more. I was fortunate to have survived with a positive attitude, many tradesmen don't. When the opportunity to teach at the Regional School presented itself and I was hired, it was as if the book I was trapped inside had finally turned the page and I was able to begin the next chapter of my life.

Soon after starting, my breaths became noticeably deeper and more relaxed. I was immediately reconnected to who I was before I had unwillingly exited childhood and abruptly entered into adulthood, a place where my breaths became shorter, more rapid, and uncomfortably incomplete.

When the buses pulled away from the Regional in mid-June and headed into summer, I felt rejuvenated, like a lifetime of stress and fatigue had been lifted off my soul. I realized at that moment that having only the summer in my sights was every bit as refreshing at the half-century mark as it had been many years ago when I pedaled my pirated bicycle through the old neighborhood with a full-blown boyish grin and on healthy knees. I couldn't help but allow my thoughts to wander recklessly and I began thinking about the first days of summer and my childhood friends... 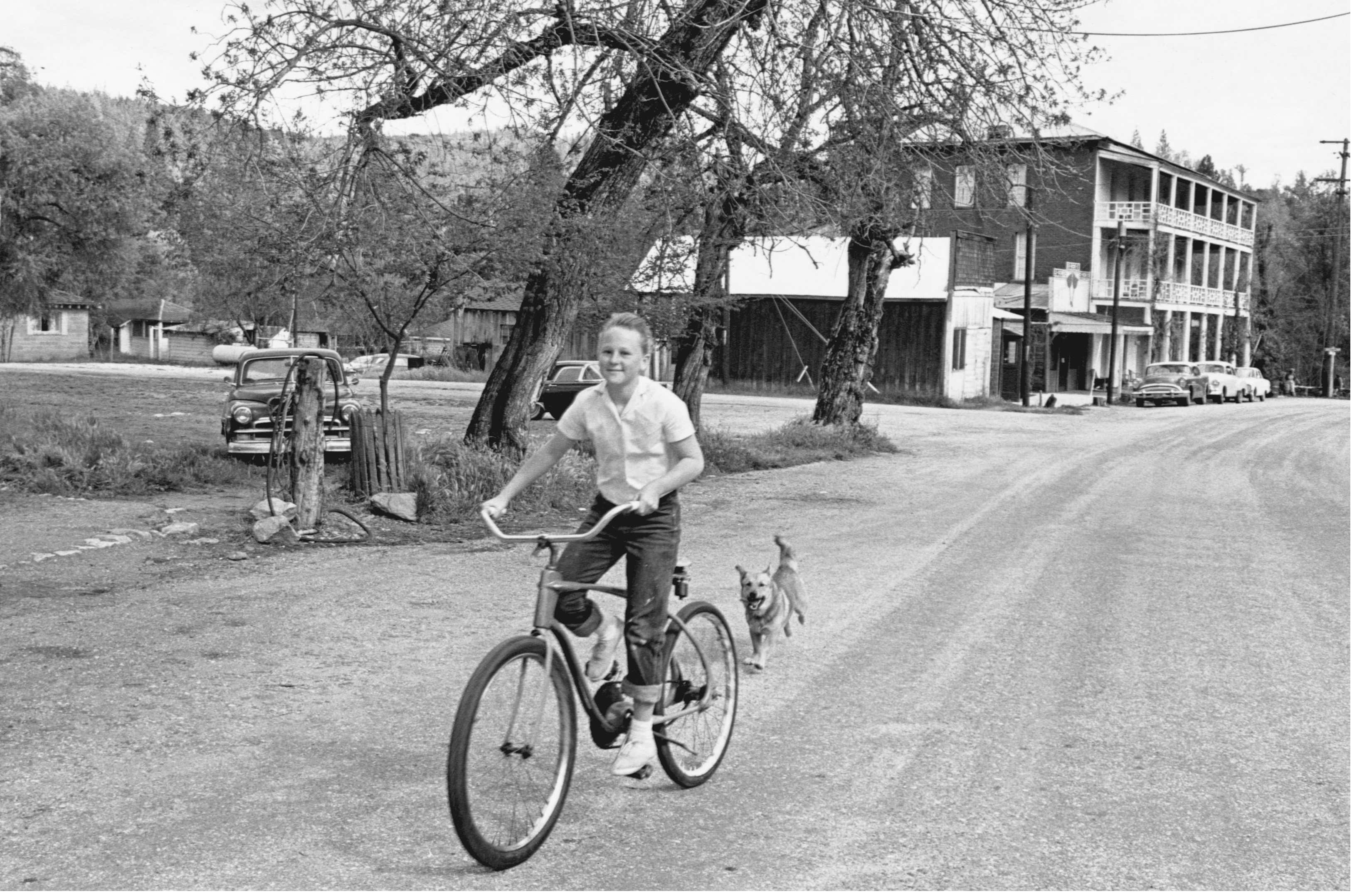 The blue-collar neighborhood I grew up in during the mid-sixties was thirty miles south of Boston, and Richard lived a block away in one of the larger homes. Unlike the majority of the single-story ranches built on postage stamp lots populating the suburban development, his was a newer two-story house with an attached two-car garage bordered by woods and several other similar homes. His father was an electrician and word then was that electricians made good money. Normy earned every bit of it too, working all the time. I never saw him wearing anything but work clothes. He was old-school and he converted the family's old station wagon into a work vehicle. It was a mess with tools, spools of wire, and boxes full of electrical parts cluttering every available spot except the driver's seat. Their garage was even worse; in addition to a 16' wooden motorboat, which hadn't been moved in years, it was cluttered with years of accumulated electrical stock making it difficult, if not impossible, to navigate through.

Just one birthday shy of being a full-fledged teenager, Richard was average height and incredibly thin with blue-green veins visible throughout his forearms and one large one running up the left side of his neck that disappeared just under his ear and behind his bony jaw. He combed his thick brown hair down into bangs, which landed just above his big, bulging brown eyes. He spoke through full lips with a muffled voice, appearing to be straining his vocal cords with every syllable while catching his breath at every pause. More importantly, Richard's cockiness fueled his over-confident swagger and it was this unique characteristic that made him an interesting friend. He had no difficulty scooting through the jungle of electrical debris in their garage.

Normy was short and stocky with thinning black hair and always looked preoccupied with something of greater importance. He occasionally wore thick, black-rimmed reading glasses that looked studious and out of place on his rounded, battle-worn face that seemed stuck in one deadpan expression. He looked like the kind of Dad you wouldn't want to piss-off. Richard feared very little outside of his father and older brother.

Kenny was four years our senior and matured early. He was thick like Normy and he had a surfer's cross pinned on the dungaree vest that he wore over his leather jacket. He carried his chin high, rode a motorcycle, lifted weights, and looked tough. With long wavy brown hair parted down the middle and sharp lines to his nose, the area around his eyes, and his forehead; with partially dilated pupils he strangely resembled a Bald Eagle. Richard boasted about how they frequently roughhoused together, later admitting that as a result of their playful encounters, he learned how to yell "Uncle!" at a very early age. All Kenny ever wanted to do was toughen up his little brother.

Richard was born with severe asthma, almost dying at birth, and was on medication his entire life. Back then doctors had few remedies other than pure speed. They would rev up his heart rate with Tedral, a lethal concoction consisting of Theophylline, Epherine HC1, and Phenobarbitol that is no longer manufactured in the U.S., hoping to pump more blood to his lungs where it was needed. As a result of being heavily medicated, Richard couldn't gain weight and was wound pretty tight. He had a short fuse and a wise-guy smile to go with it. All things considered, he was unpredictable and fun to be around.

One summer day in late June after school was officially out, we were bored and Richard suggested we run away.

Richard smiled widely and confidently before he answered, "Why not?" 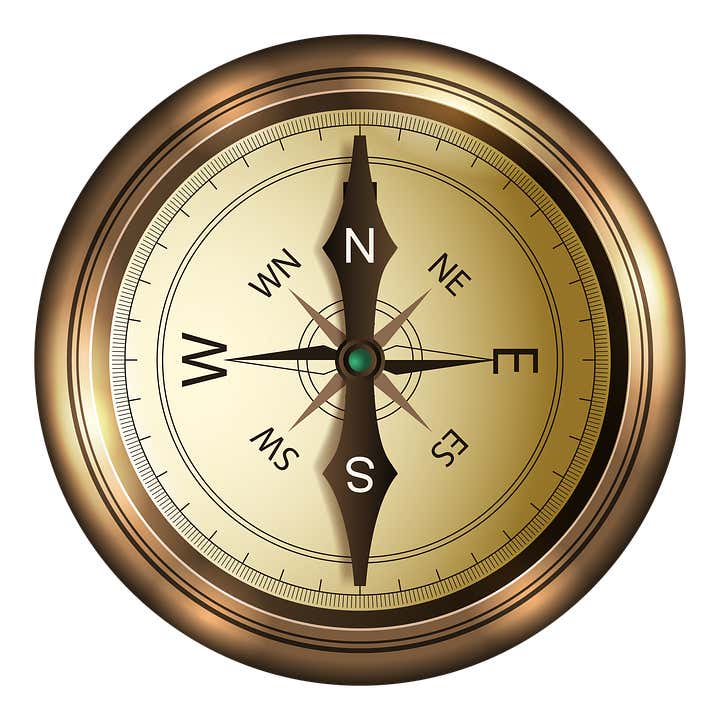 I was happy at home, with three squares and clean clothes, and didn't see the point. Richard convinced me running away was what I needed to do and off we went. He said we could hide deep in the thick woods behind his house and that nobody would find us there. We walked directly into the woods with bad intentions and without a compass. Within an hour we were lost. After some initial panic, we discovered that we must have been walking in circles because we hadn't actually ventured very far and could still see the back corner of his garage. After botching our effort to become young fugitives, we realized that running away was just as boring as hanging around and a whole lot more work. We crashed inside the hull of the motorboat on top of some moldy old life jackets; and while out of the hot sun, safe inside the cool air of the garage, we dreamed about what we could do tomorrow. We were both home in time for dinner.

By the age of twelve, I had fallen in love with the girl next door. The oldest of four girls, by fifth grade Debbie was so pretty I was only able to look at her for short periods of time, fearing my affection would be discovered. She was petite, with dark hair and eyes; her perfect smile and china doll complexion, irresistible. When she was wearing her pink-gray three-quarter length cashmere coat along with the white angora winter hat that hid all but the ends of her medium length hair, with snowflakes falling all around her, she was Jackie O. 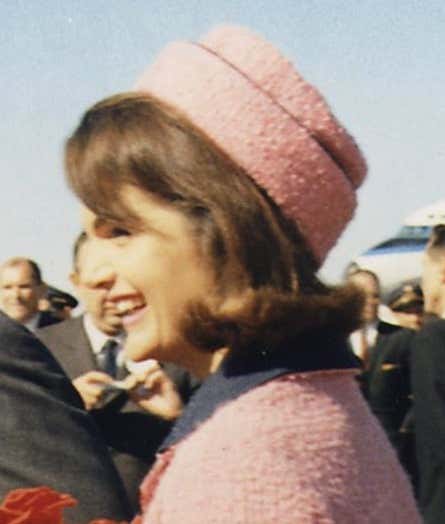 Everyone who lived on our short, close-quartered five-house street knew about my crush. When Richard found out, he demanded that I ask her to go steady. I didn't have an I.D. bracelet to give her, which was the custom in those days, but Richard had an idea. I'd give her a piece of jewelry, his mother's jewelry. Richard said we could steal a necklace from his mother's jewelry box, and that she would never know. I didn't like the idea, but to Richard, it was the ultimate plan. I was uncomfortable walking through his parent's formal bedroom which was darkened by heavy draperies, and even more uncomfortable staring into his mother's open jewelry box, which at the moment looked more like a treasure chest pried open, spilling it's lavish and sparkling contents into plain view, a glimpse of faceted excess I found staggering. Richard chose the necklace: a big gaud-awful costume piece that definitely looked like it belonged clasped around an old wrinkled neck seated at a stuffy luncheon with other old wrinkled necks. How could I refuse Richard? I went to school the next day with the bulky piece weighing down my right front pant pocket, not too unlike the effect the electrical parts had had on the back of Normy's station wagon.  I saw Debbie, and under extreme pressure, I asked her if she wanted to go steady. She accepted. There I was standing there, almost forgetting the most important part...

"Oh, and this is for you". I reached into my pocket and pulled out the cumbersome necklace, happy to get rid of the lopsided bulk that had been tugging at my tightly belted waist.

Once inside the open palm of my twelve-year-old hand, the serpentine-like necklace took on a life of its own, and I struggled momentarily to keep it from sliding out and onto the floor. Debbie looked at it suspiciously, smiled, and then accepted it from me without hesitation. It was a done deal. Thanks to Richard I was going steady with the girl next door!

That night Debbie's mom took one look at that costume necklace and suspecting its origin, demanded she returned it to me the following day. Richard and I put it back in his Mother's jewelry box. Debbie went steady with me for five days and broke it off saying that her mother made her because she didn't approve of my friends.

Richard's favorite expression was "If there’s shit in the yard I'm going to step in it!" And step in it he did. As he got older his air/fuel mixture only got leaner. He never put on much weight and due to severe asthma and the medications he took, he remained wound pretty tight.

Richard suffered a heart attack in his early forties and didn't survive. By then I had already been out of touch with him for quite a while, but I'll always remember him for his incredible enthusiasm and willingness to devise a plan. 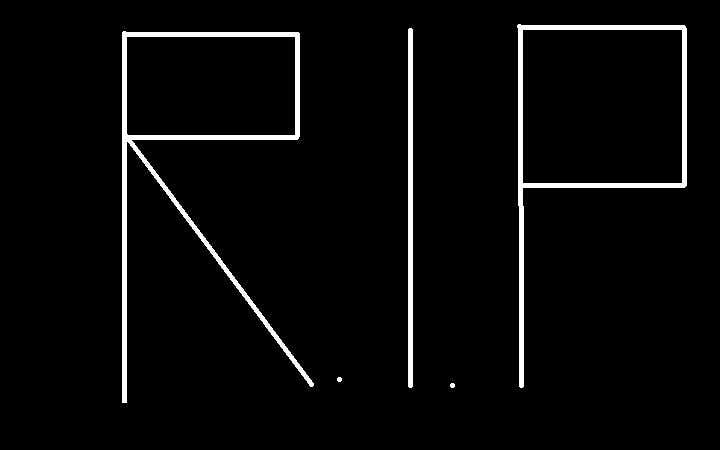 I'm sure writing this story was somehow his idea…