It's around midnight. I text my girlfriend goodnight and I set my alarm for the next morning. I get out of bed and turn my light off because my lamp is in a frustratingly inconvenient location in my room. Once the light is off I shuffle my way back to bed in the pitch black.

Once I hit the pillow I'm out within minutes. I never have trouble falling asleep.

I wake up and check my phone. It's 3 AM. The witching hour. The devil owns this hour as far as we know. It's the one hour in the night where physically our bodies produce the most melatonin. Therefore you are not supposed to be awake. If you are awake during this hour don't be surprised if you start experiencing supernatural like events.

A supernatural event could be anything that you feel was not caused by something that is living. Something like a ghost. Some people hear footsteps but don't see a person. Others hear scratching on the walls but don't see anyone or anything scratching. Well for me, I see Addison Rae's mother.

Now if you don't know who Addison Rae's mother or even Addison Rae is, let me explain.

Addison Rae is an internet celebrity who is massivley famous for doing Tik Tok dances. She has almost 50 million followers on Tik Tok making her easily one of the largest creators on the app. During Addison Rae's time on the app she has made quite a name for herself which has reflected on her mother giving her quite the platform as well.

Below is a video of Addison Rae (right) and her mother Sherli (left).

This video literally keeps me up at night.

Something about Addison's soulless facial expressions and Sherli's piercing blue eyes sends chills down my spine. someone could definitely argue that maybe I'm being a little harsh or a little mean but something about this seriously freaks me out. I look into those eyes and I don't see love, hope, or happiness. I see emptiness. I see a storm of anger and rage. I look into those eyes and I see murder. 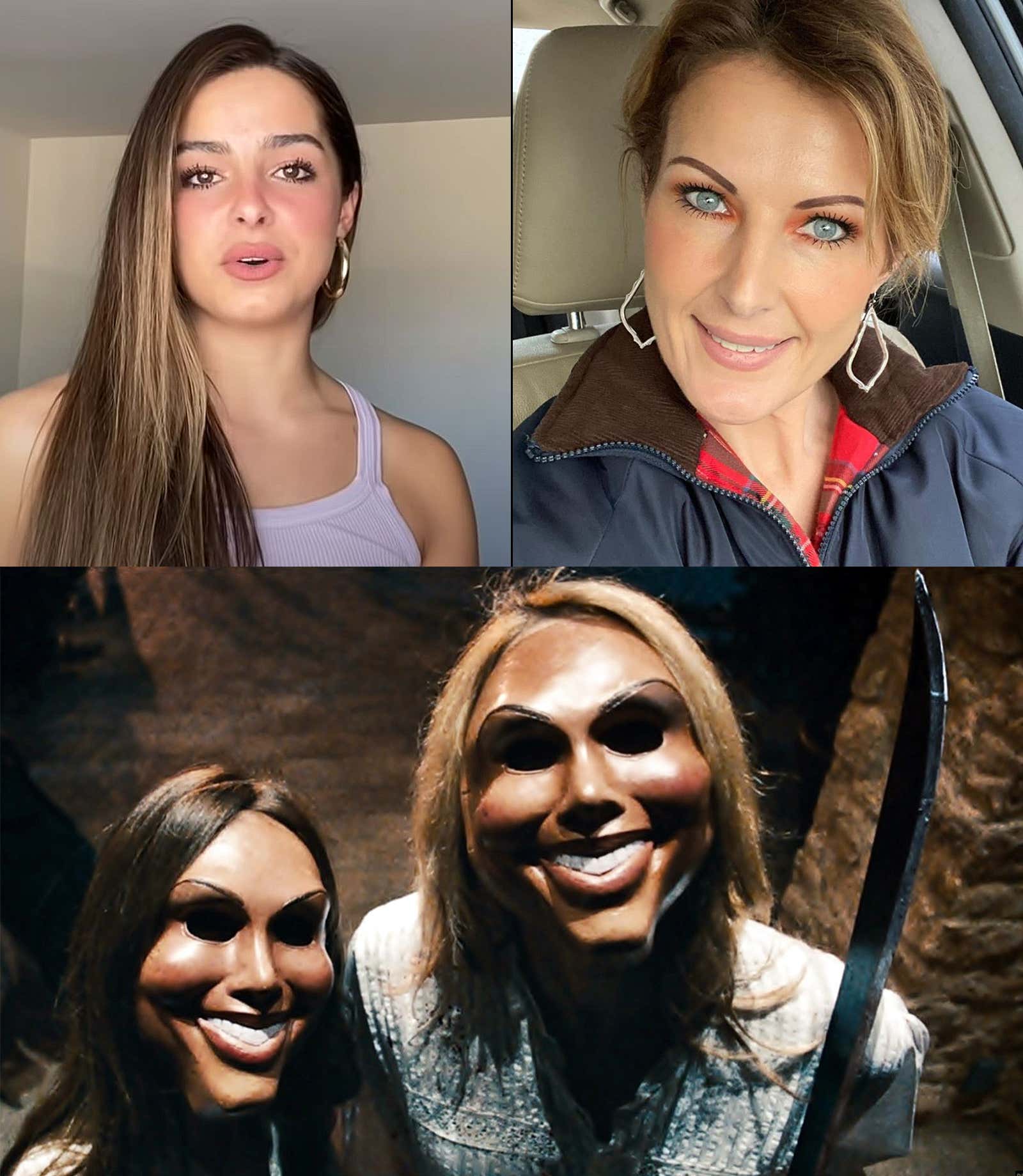 Getting back to the story.

It's 3 AM. I am not woken by anything in particular, I just simply wake up. I sit for a minute but I feel weird. Do you ever get that feeling like you're being watched? That's exactly how I feel. I don't want to open my eyes because I am terrified of what awaits. "She's back" I think to myself. "No no no...it's not real...it's your imagination....Addison Rae's mother lives in California and I'm all the way in Massachusetts...there's no way..." I repeat this to myself about five to ten times in hopes of calming myself back down.

Sometimes it works and others it doesn't. Unfortunately this time...it doesn't. I try to keep my eyes open but it feels like an actual battle doing so. Finally my eyelids crack and I look around the room. I don't see anything. I look in the closet. Nothing.

"Maybe I really was just making this up in my head?" I thought.

However, I still feel weird. Not the usual weird though. I don't feel like anything is watching me anymore. But now I feel cold. Colder than ever. Like when you order a glass of water at a restaurant and the waiter puts too much ice in the cup and the ice hits your teeth and it hurts because it's so cold. That kind of cold, but instead it's coursing through my entire body. My blood feels cold as ice.

I start to panic a little bit and I get up and run to the bathroom. I turn the water up as hot as it goes and start splashing my face with it. Something is still feeling off. The water is hot in my hands. Boiling hot. But my face is still cold as ice.

I continue splashing the water against my face in hopes that I snap out of what feels like some sort of panic attack or bad dream. Nothing works. I look into the mirror and I am shocked. 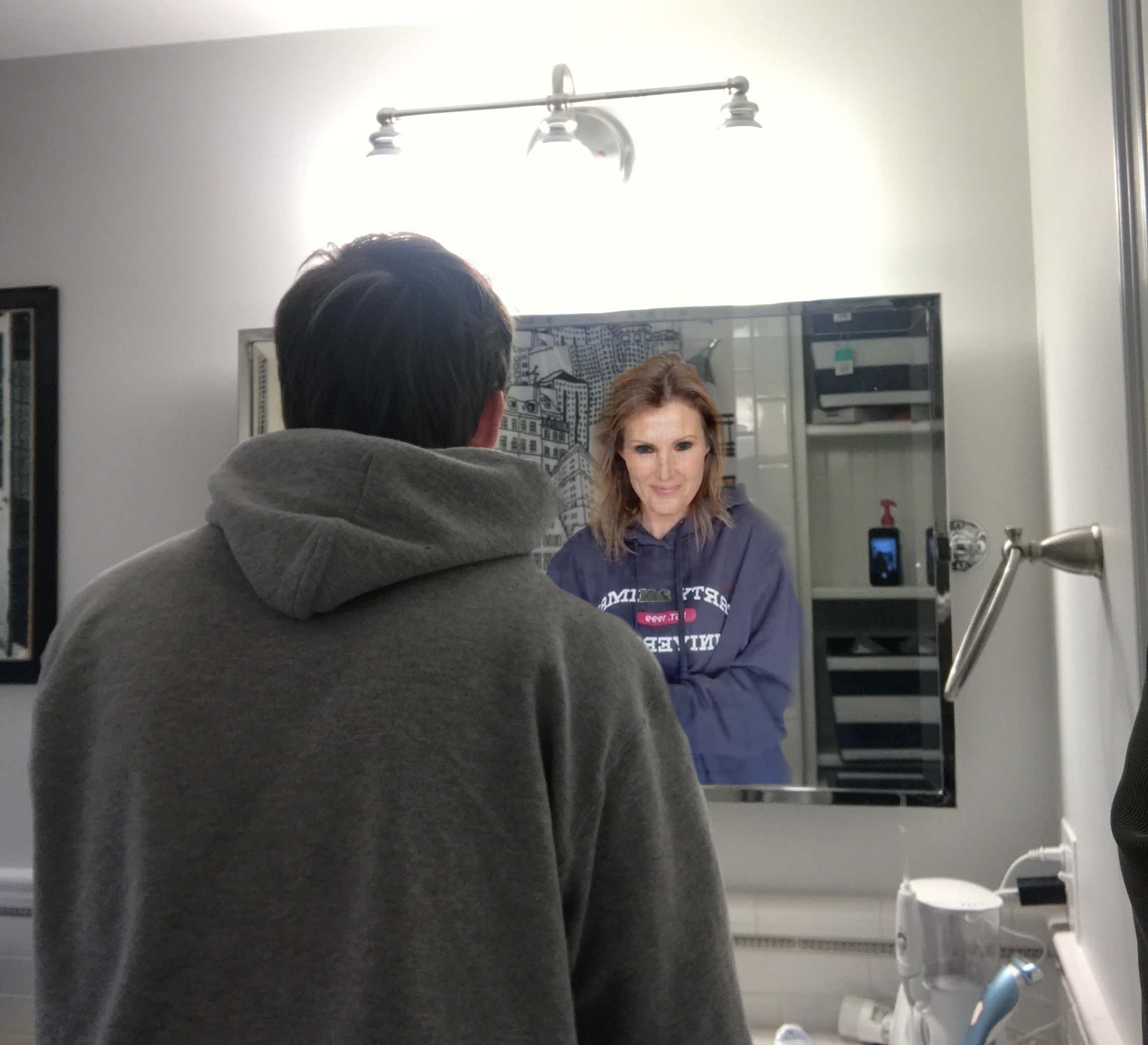 Around now is usually when my alarm goes off and I am awoken from this god awful dream. The dreams are pretty crazy and honestly I probably do need some sort of help from a therapist or a psychiatrist but then again therapy is for beta bitches and THAT I am not. Lol.