You can tell me about strikeouts and ERA and win totals and all that shit from back in the day and obviously it will always be impressive. Bob Gibson's up at the top with Koufax and Dysdale the rest of those thoroughbred starting pitchers posting video game numbers before video games were even an idea.

Just absurd stuff to think about, and I'm sure there's plenty of valid reasons why these numbers have decreased drastically and blah blah blah. But rationalizing the trends isn't nearly as fun as just reminiscing about just how preposterous it all is. And with that, I turn my attention to something that blows the rest of this shit out of the water. The batters faced and inning counts and complete games are nothing compared to the fact that Bob Gibson never once let Hall of Famer Red Schoendienst take him out in 1968 in the middle of a game. Not once did the manager ever relieve him on the field. Not once in 34 fucking starts was there a better option than Bob Gibson at any point in time during gameplay.

I know we measure spin rate and tunneling and jerk velocity or whatever these days and that's all fine and dandy. But pound for pound you can't tell me life wasn't simpler when we just wanted the starting pitcher to go 9 quality innings and a 130 pitches without any consideration for long-term health or substituting effective specialists. Not to go full hardo I'm just saying it's easier to appreciate the body of work of a man like Bob Gibson than it is to read the spreadsheets. Sue me for being a traditionalist.

PS - he threw at least 9 innings over 19 straight starts from June 2nd to September 2nd in 1968. This might be my new favorite stat: 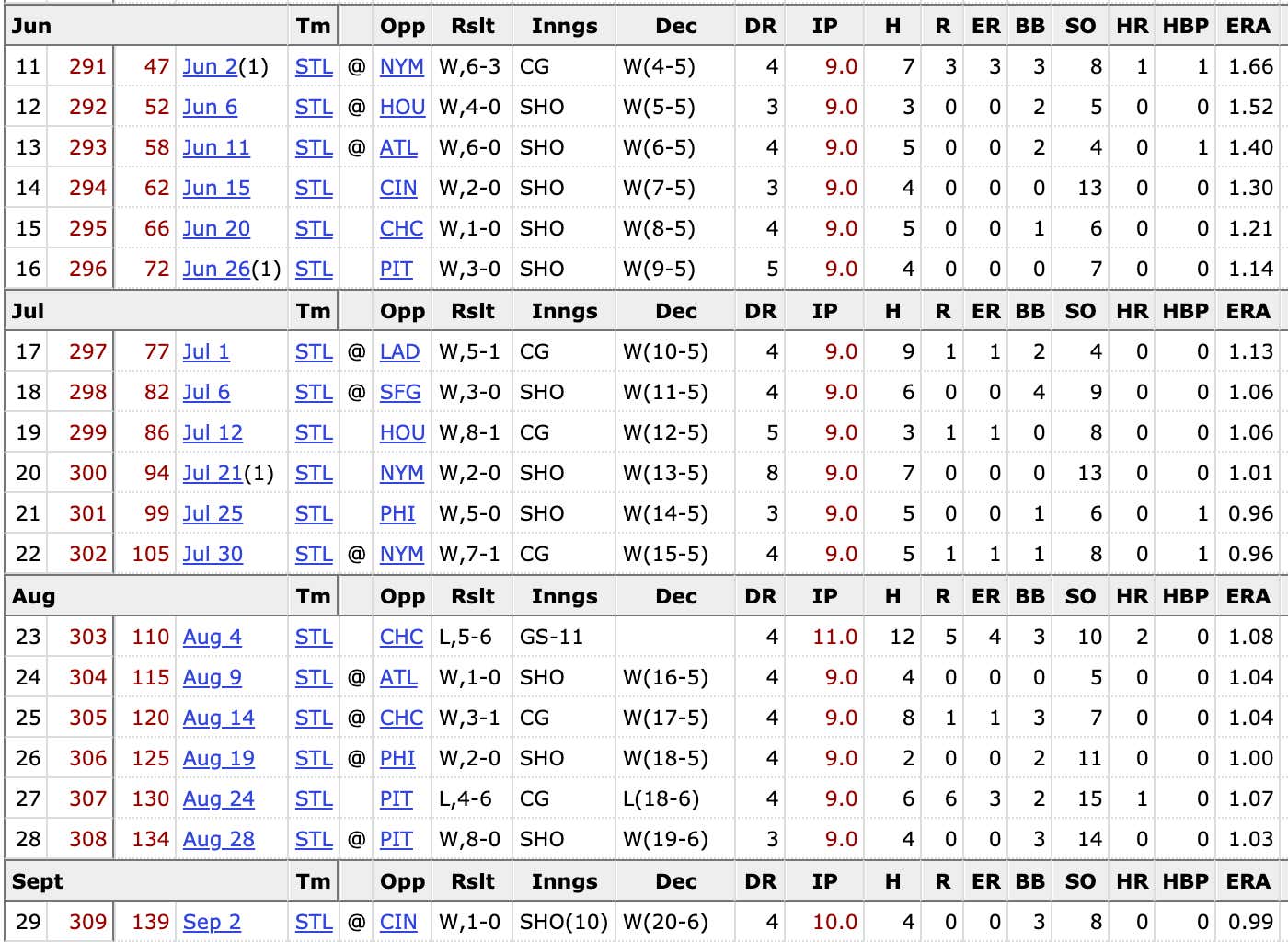 PPS - not to be too dramatic here but even crazier is the Cardinals had one of the best closers in Joe Hoerner. He had a 161 ERA+ while closing behind Gibson and they still never took Gibson out in the middle of an inning for this guy. Unbelievable.