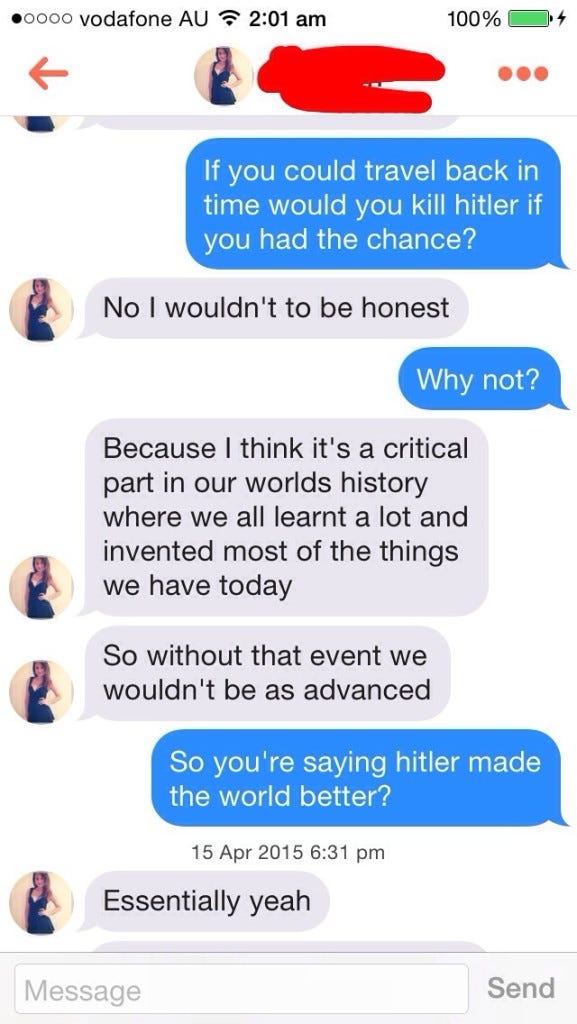 It’s been a real big Hitler day here between this and his sassy modeling pics but this take just blew my mind. If you really think about it, it makes sense in a Butterfly Effect kind of way. But firing off a technically pro-Hitler take in response to a random “wacky” pickup attempt on Tinder? Boldest of bold moves. I’m not sure if we should applaud this woman or lock her away in a dungeon for the rest of her life just to be safe. Either way one thing’s for sure, I did nazi that coming.

And so begins our weekly roundup of the best going on America’s finest swipe-based dating app. If you’ve got funny or hot things you’re seeing out there, hit me up on Twitter with your screenshots. 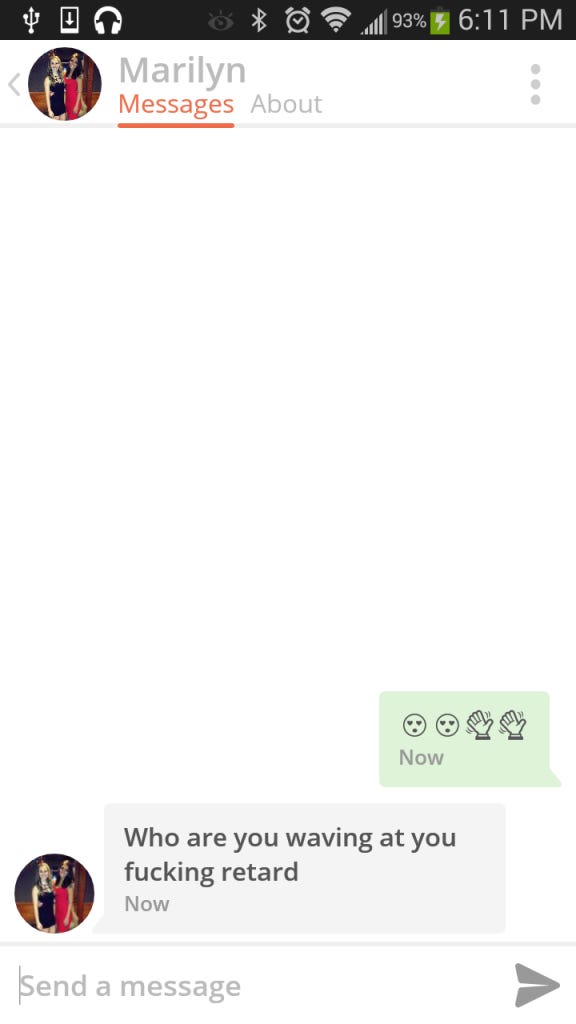 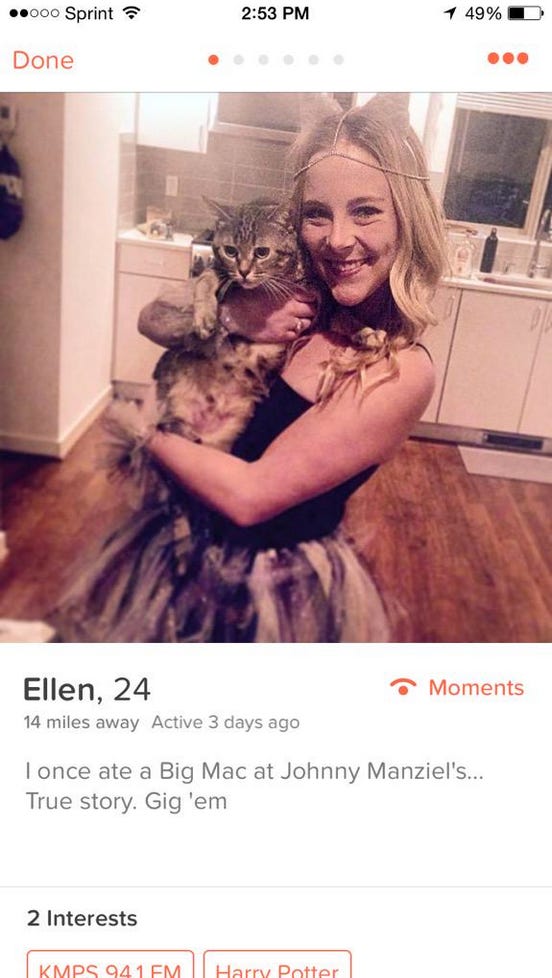 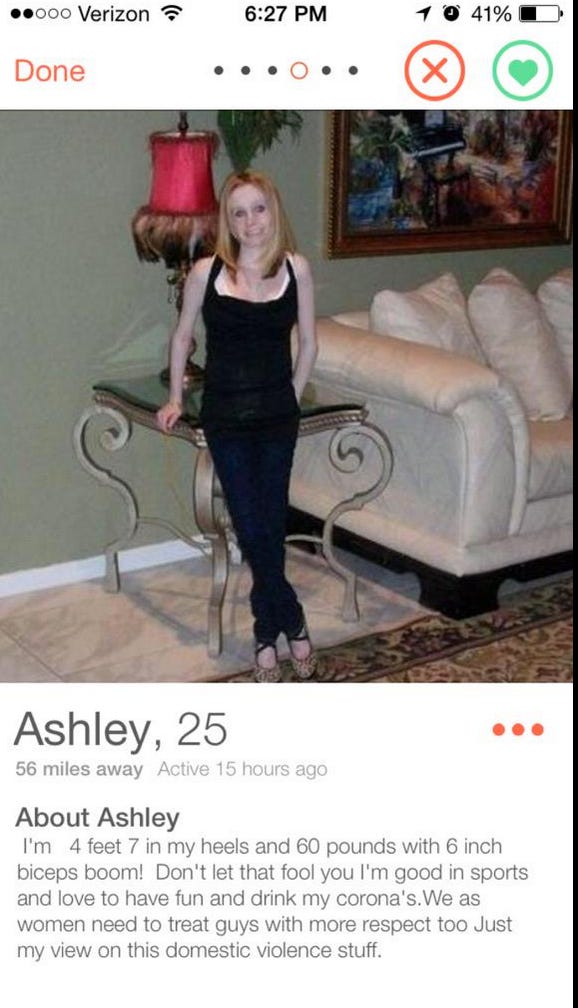 If you’re not swiping right on a normal looking chick shorter than a table lamp, you’re an idiot. Your dick might literally end up snaking back out of her mouth, can’t pass on the once in a lifetime opportunity. (via @J_ferg8) 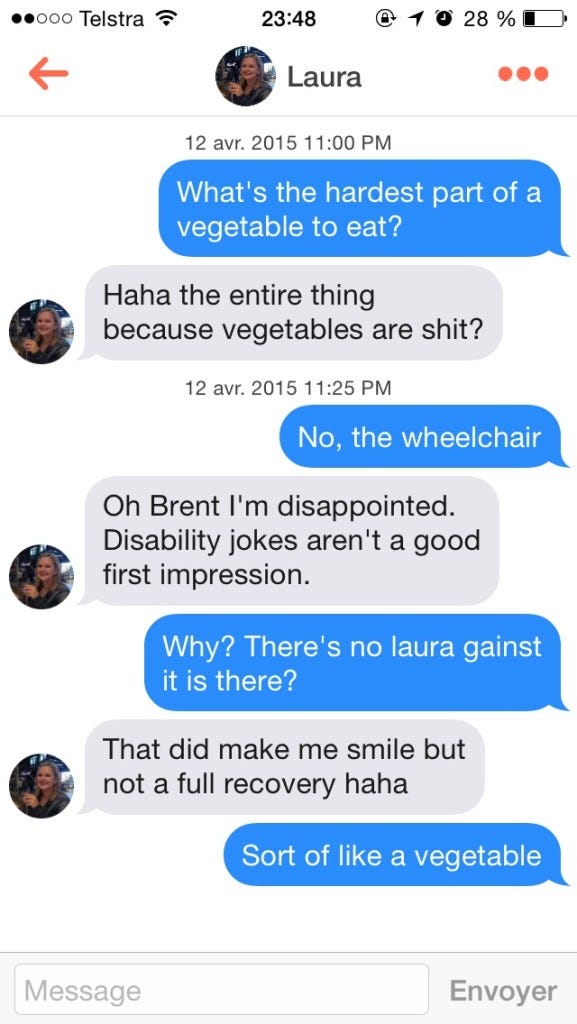 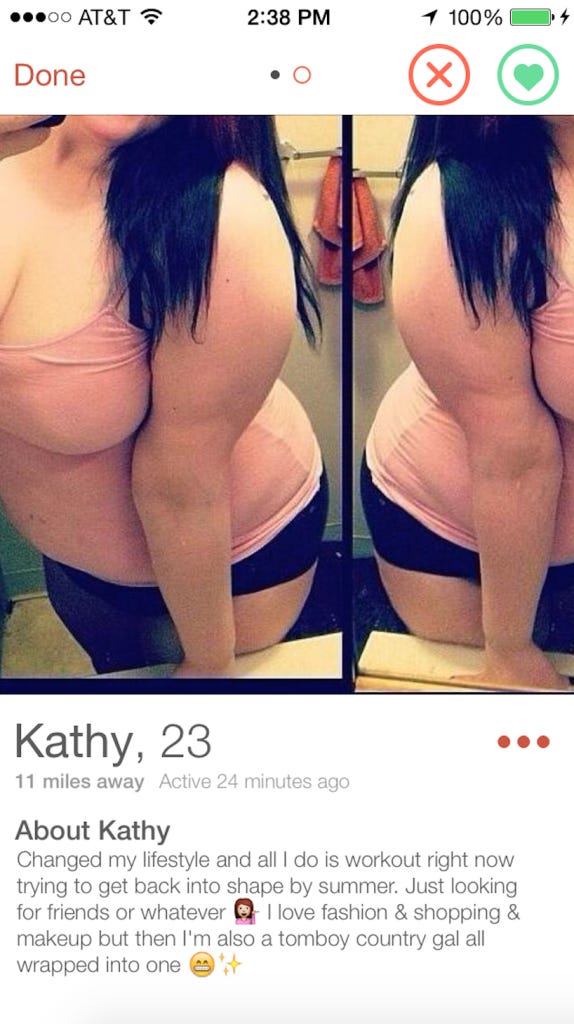 Swipe right if you #fitfam (via Maxwell) 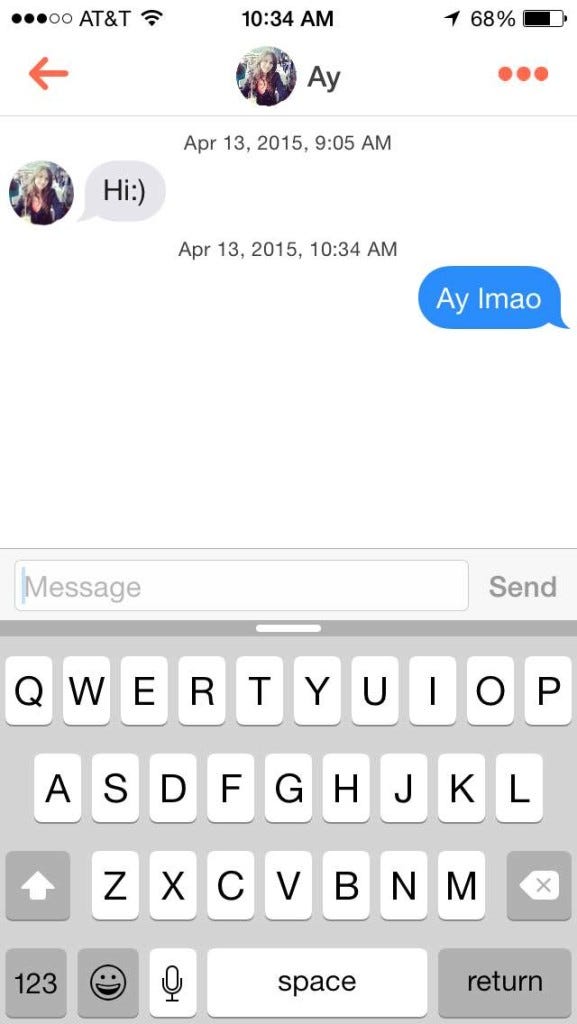 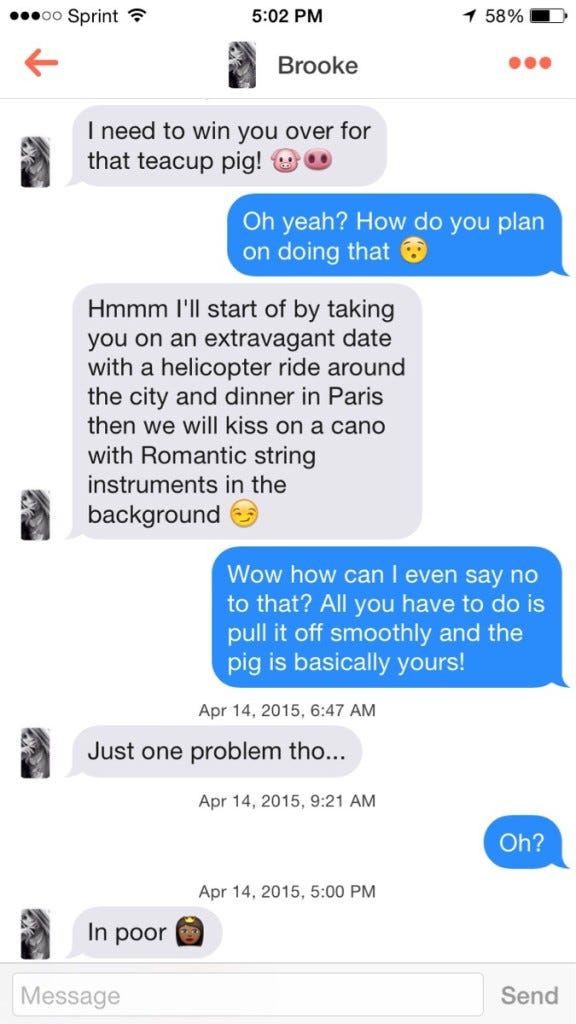 This is NOT the right usage of racially accurate emojis, come on Tinder don’t let me down (still would tho) 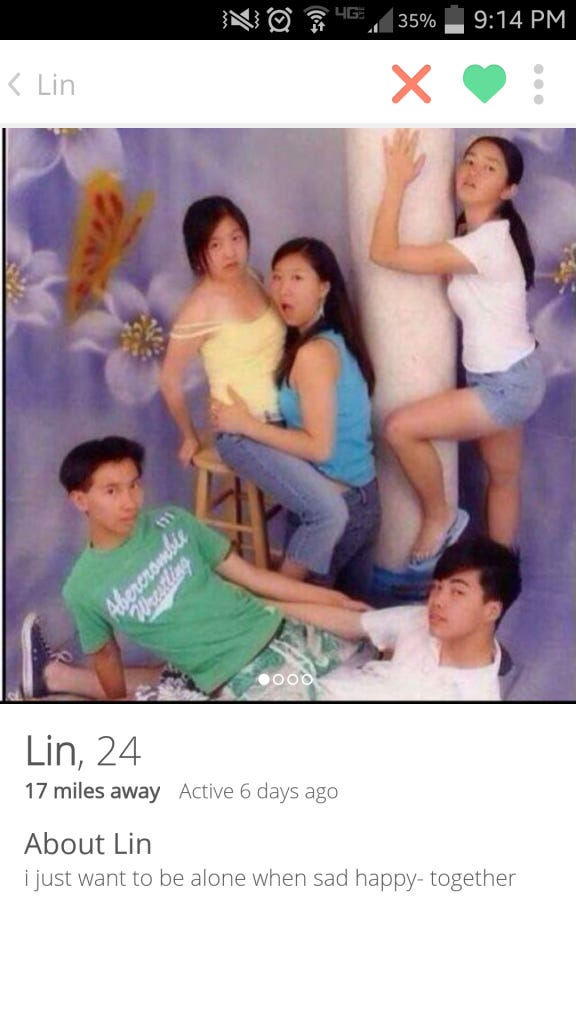 Ultimately this just boils down to one question: Which one is Lin? (via Dylan)

And the hot and possible NSFW ones… 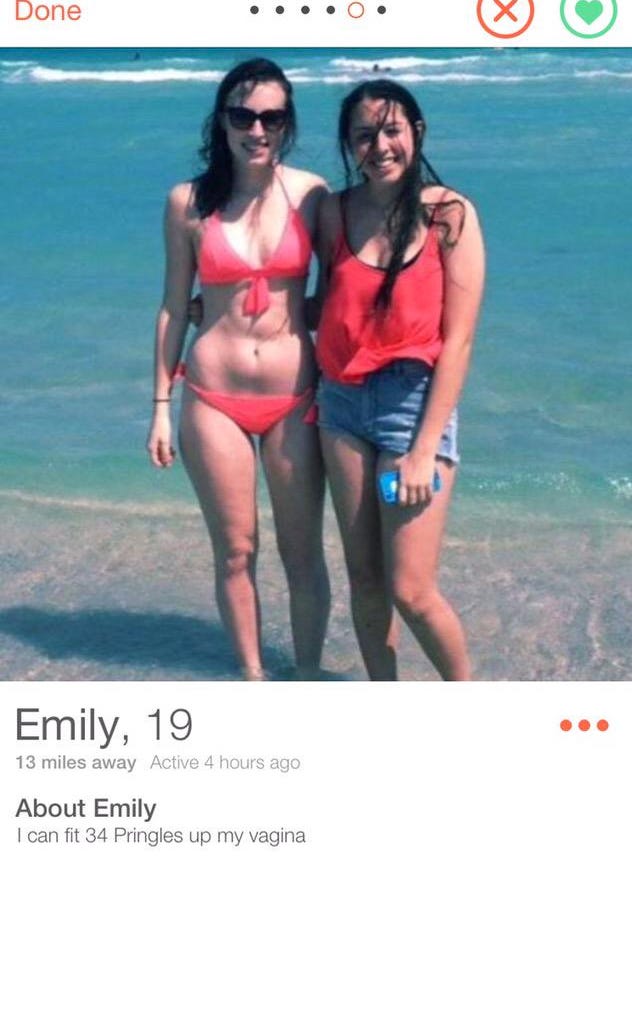 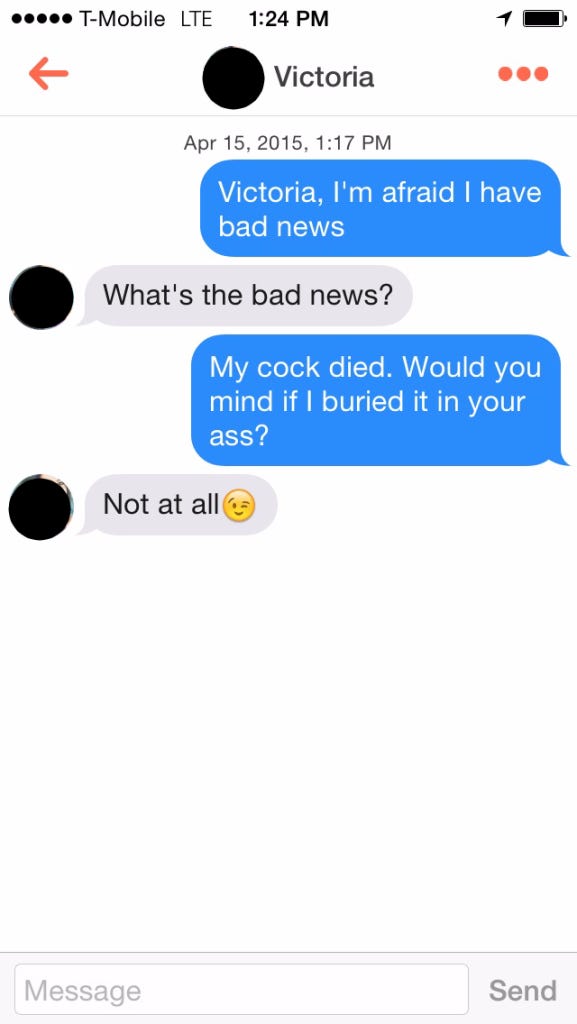 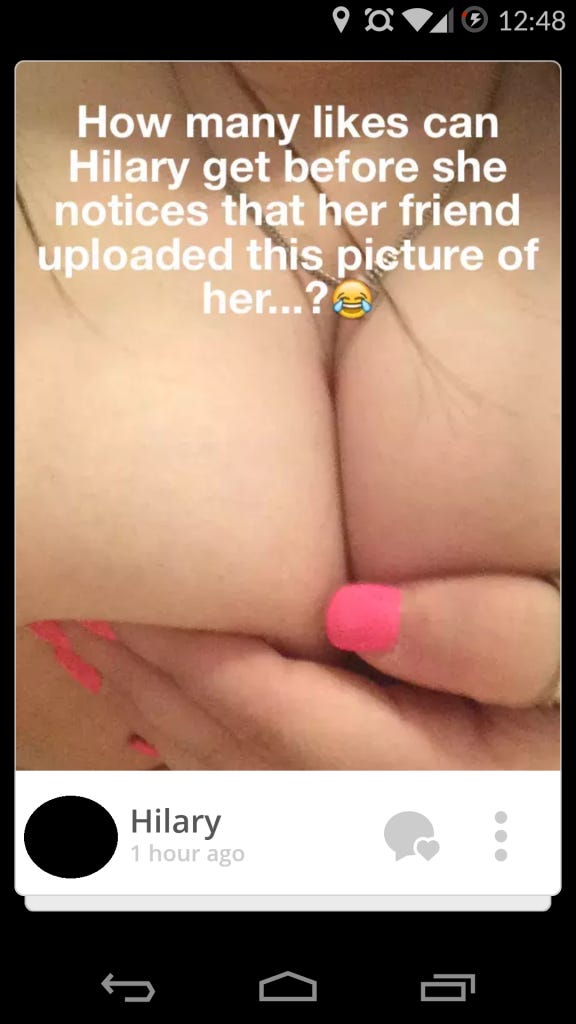 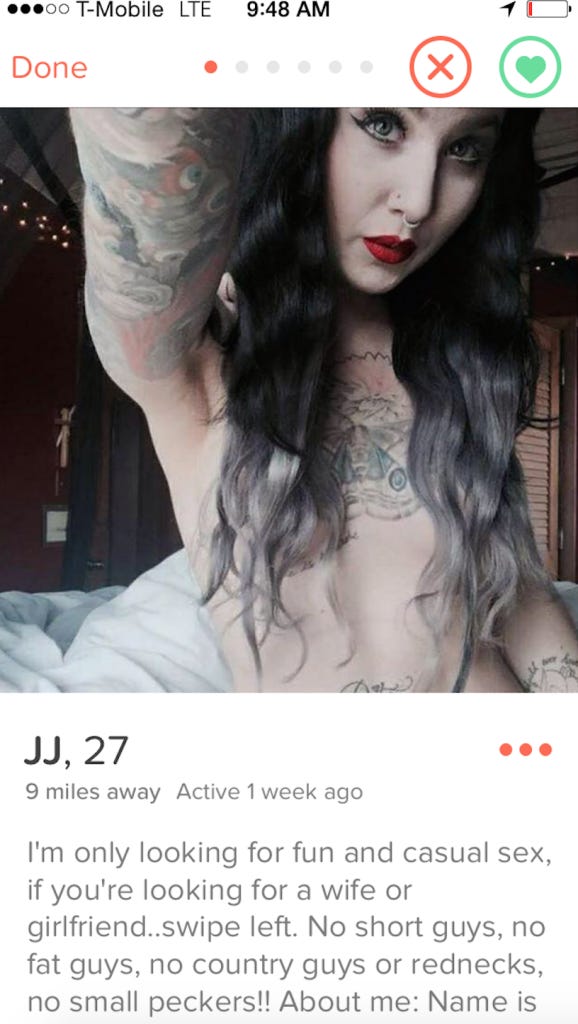 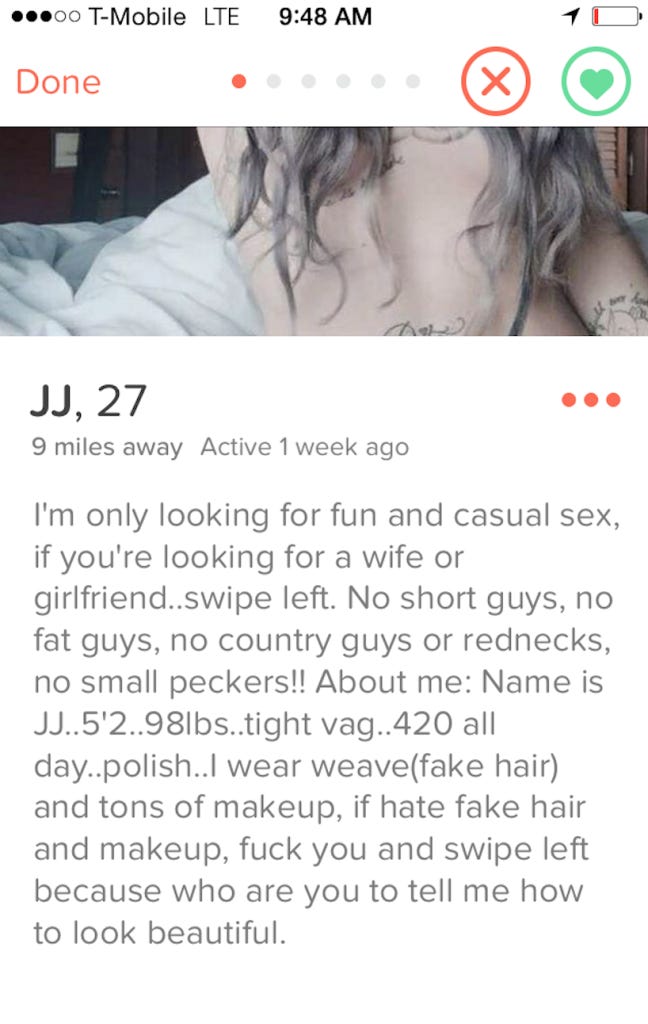 It’s kind of rude to brag about your vag’s tightness but not be open to small dicks, feels like it should be more of a “one hand washes the other” situation. #tinypeckerlivesmatter (via Alexis) 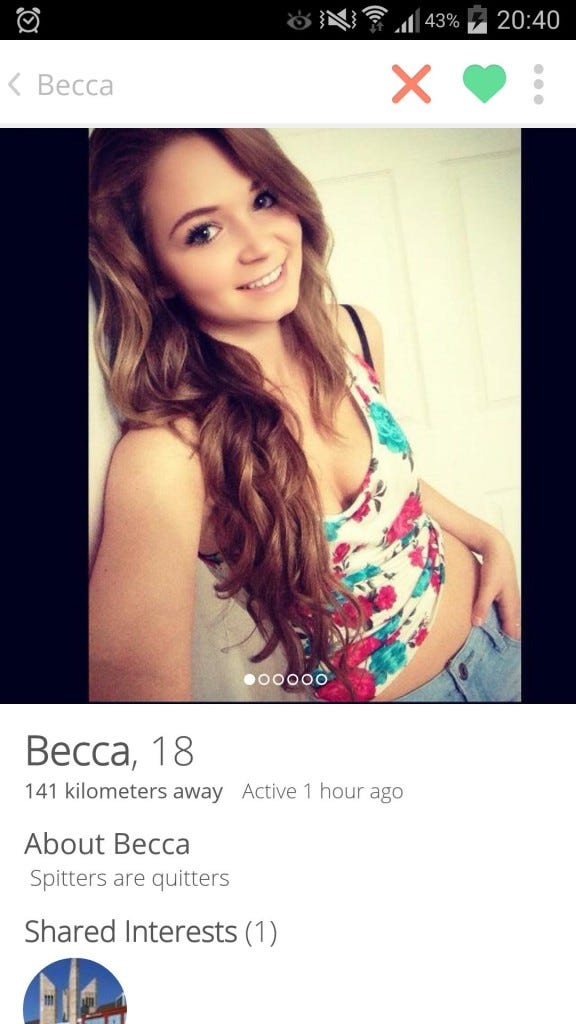 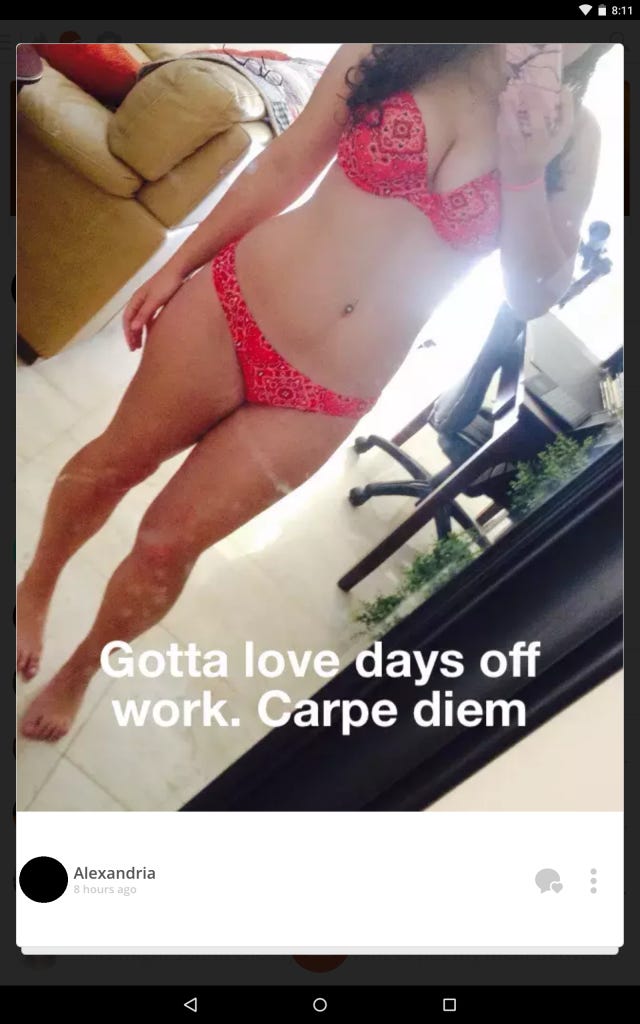 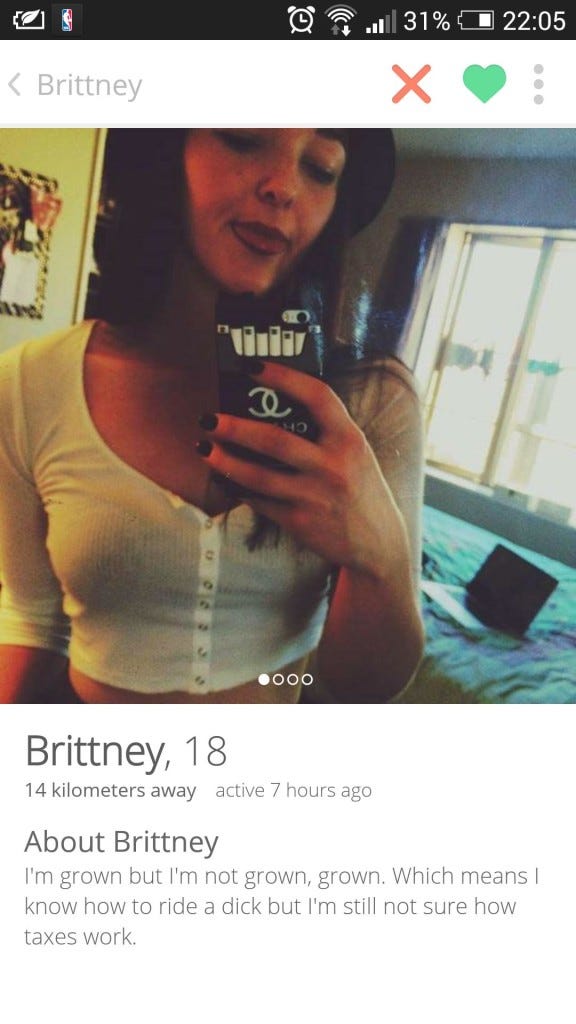 Cliché joke but if seeing that come from an 18-year-old doesn’t make it move a little, find a new weekly Tinder roundup.

And hey some NSFW shower titties too. See you boys same time next week.