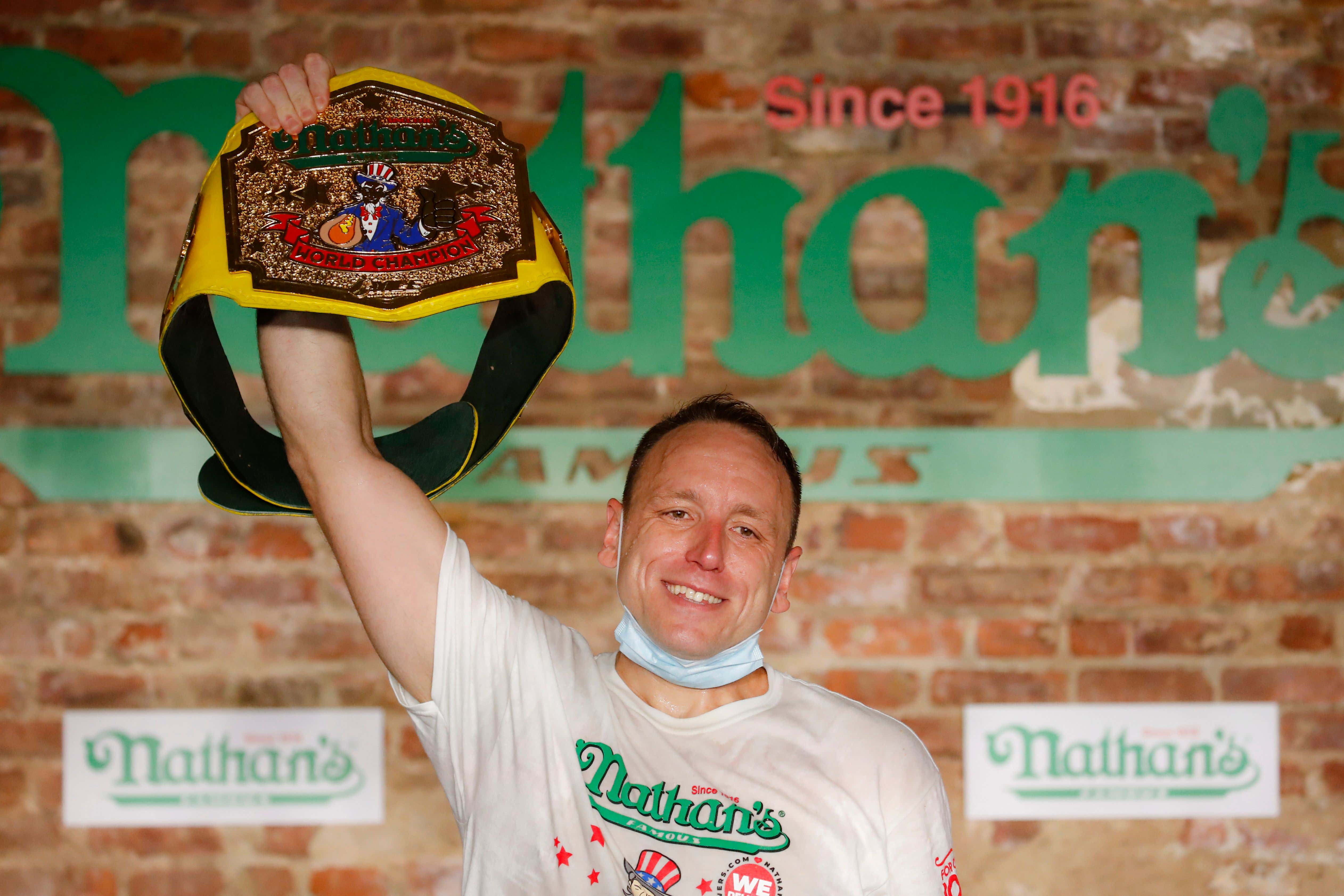 With about two minutes to go on this July 4th Saturday Joey Chestnut had wolfed down 60 dogs in the Nathan's Hot Dog Eating Contest. Could he slug down 15 more in 120 seconds? You really test your over/under math when you're calculating dogs per minute down the stretch.

Today Joey was playing indoors, which you think would favor him and give him optimal eating conditions. Then I saw numbers that showed he does his best in the scorching heat and a crowd rooting him on. What about not competing in any competitions all year heading into this? They said he ate over 90 lbs of hot dogs during quarantine. My brain couldn't make heads or tails of what was going to happen, but I sure know that taking Chestnut's under on the 4th of July is one of the more un-American things you can do. Over 73.5 and pray.

I was foolish to ever doubt the greatest showman on Earth. Two minutes later as the clock hit double zeroes, Jaws had broken the world record with 75. What a fucking hero. He's the greatest athlete in my generation as far as I'm concerned. He's better than LeBron or anyone else.

It's a privilege to watch this man devour hot dogs. Today he also hit the 1,000 hot dog milestone which has obviously never been done before. 13 titles. 1000+ hot dogs. What a legend. No matter what he always shows up and chases his own record. He knows he's going to rout the field, but that's not enough for him. I kinda wish they put up his WR pace to his current numbers like they'd do with Michael Phelps when he was winning races by hundreds of feet in the Olympics.

Well Happy 4th everyone. Tbt to this iconic moment in human history.

Check out some of the barstool employees competing against a live BEAR in a battle of hot dogs. It's simply an incredible watch to see what the bear is going to do anytime they pan to him.