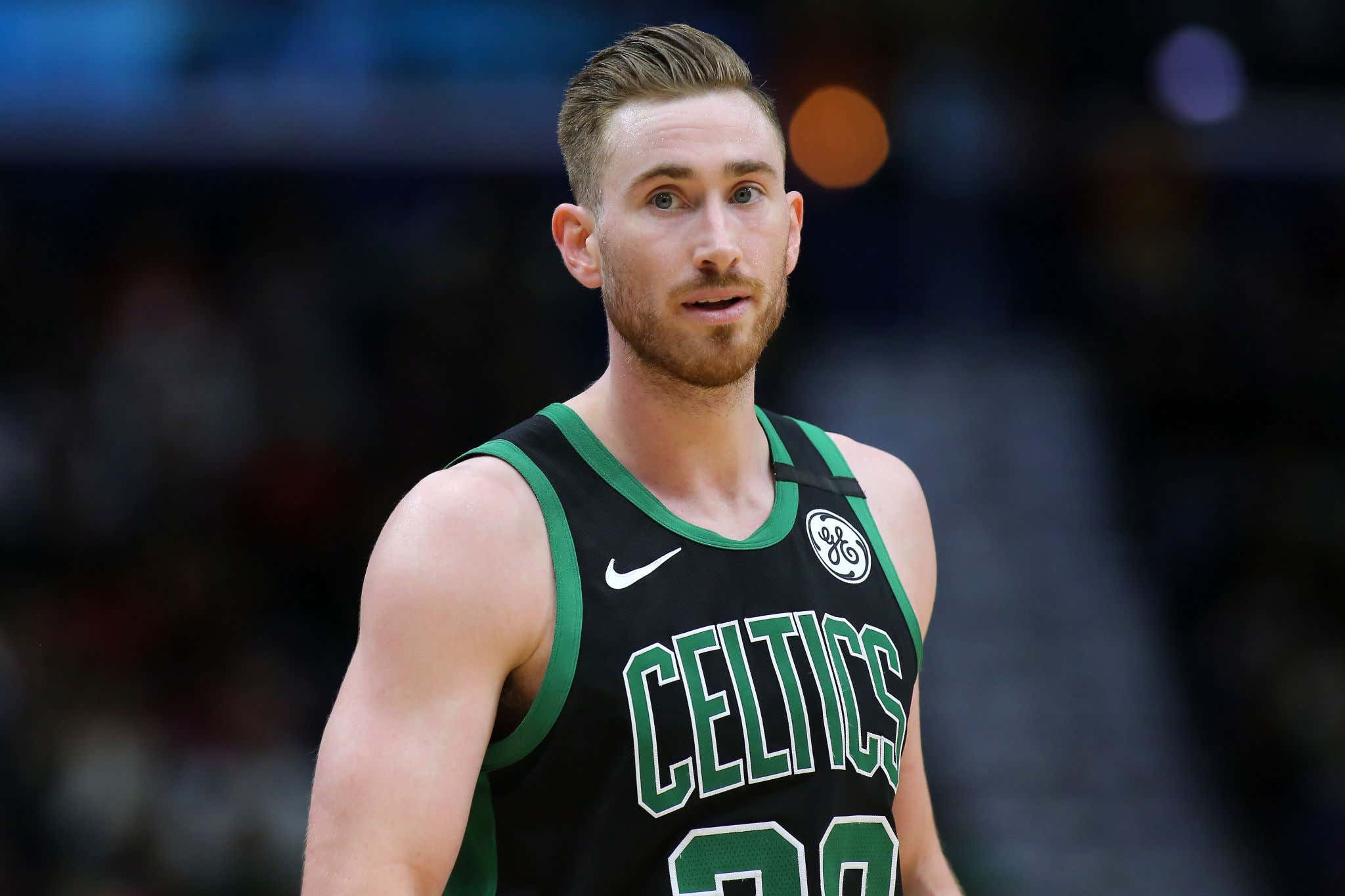 There's really no denying how important Gordon Hayward is to the success of the Boston Celtics. It really boggled my mind how many people spent all year complaining about a 4th option that put up 17.3/6.5/4.1 on 50/39% shooting with 1.6 3PM a night. There are real life people living among us that wanted to trade Hayward for Andre Drummond or Steven Adams. That's a real thing that actually happened. Now that's not to say he's perfect. There are absolutely times he isn't aggressive and sort of disappears for stretches which is most certainly not ideal. But the facts remain that if the Celts want to go deep in Orlando, Hayward is going to be an important factor. His on/off's paint a good picture of how much better this team is when he's on the floor

and his versatility is what makes him such a valuable weapon for Brad to unleash. So why do I bring this all up? Well he spoke to the media today and had some interesting quotes. I want to start with this one

Any normal, rational human being won't have a problem with this. In my opinion if you do, you're a gigantic asshole. I don't care if this would potentially come in the ECF and Hayward might have to miss a game or two. I would argue that having him in Orlando in the first place is a big win. He could have very well opted out of going all together to be with his family. So if the Celts are lucky to still be playing when this happens, if he has to leave then he has to leave.

But here's the thing. We know how some people will take this. Remember when Al Horford skipped a regular season game IN NOVEMBER back in 2016? I had people in my mentions killing him for making that decision. I'm sure some were trolls, but people were pissed. Now imagine if that happens with a spot in the Finals on the line? Hayward is going to get crucified and I'm already dreading it. This whole bubble situation is a clusterfuck for everyone, nobody planned to be playing playoff basketball in September or something. Life happens. Anyone who would have a problem with Hayward leaving is just some sort of hardo asshole. These guys are already making the sacrifice to be away from their families, plus Robyn would probably murder Hayward if he wasn't there. We can't have that.

The good news is players would only have to be quarantined for like 4 days once they leave the bubble with permission. That's not so bad but either way if Hayward has to dip he's probably missing games.

In all honesty though, that wasn't even the most concerning part about Hayward's presser. For me, that was this

You know how a lot of these quotes from players now that they are back sound a lot like media day quotes? This player is in the best shape of his life. That player feels the best he's ever felt, blah blah blah. I'd say 90% of the time its lip service. Well, would it have killed Hayward to lie to us here? Or at the very least not be so forthcoming about his foot soreness? I don't need to hear about how his left foot is still getting sore due to that horrific injury even after all this time. Even if that's the truth, just tell me what I want to hear instead. The reality is it'll probably bother him the rest of his career which is some shit luck but not what I need to be told right now.

If you ask me, the foot issue is a WAYYYYYY bigger deal than Hayward potentially having to dip from the bubble for a minute. If Hayward's foot isn't right and that causes him to be passive, well then we have a problem on our hands. Now I'm sitting here worrying about the condensed schedule and how that's going to impact his recovery time. Now I'm worrying about Hayward just spending entire games standing in the corner not doing anything because he doesn't want to mess his foot up. None of this was needed right now. He could have just said he feels good and is excited to be back. He could actually be 100000% healthy right now but the damage is done to my basketball starved brain.

But seriously, if you have an issue with Gordon Hayward going to be with his family during the birth of his child, grow up. There is life outside of basketball and I say that as someone who's entire life revolves around the success of this team. I'm already dreading it though because you know it's coming.