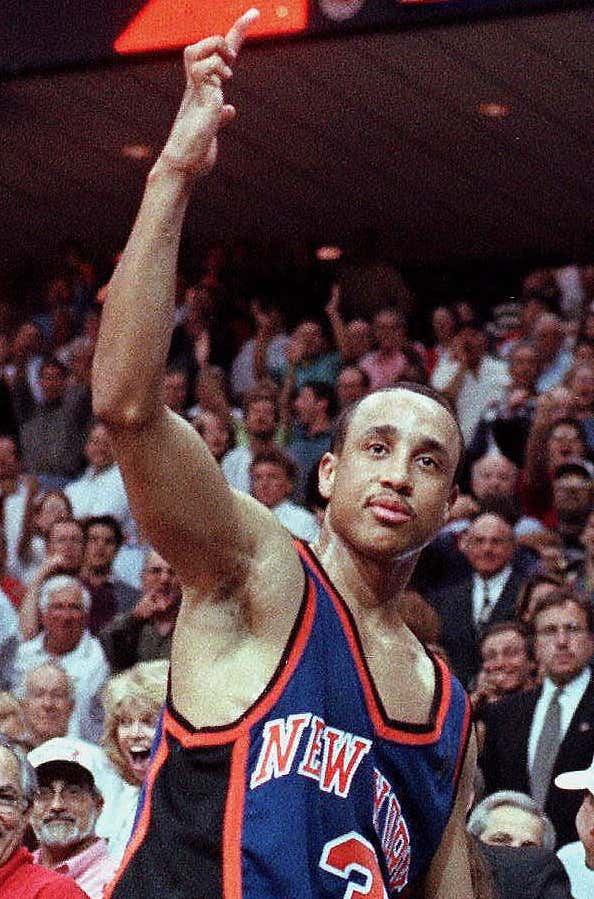 The Leon Rose Era is only a few months old and I'm already all in on it after this move. I know diehard hoops heads like Greenie have been frothing for their teams to come back ever since Rudy Gobert and Covid combined to put the NBA season through a table Dudley Boyz style. But these last few months have felt like an extended vacation for me as a Knicks fan. I didn't have to watch them lose a few more games of another worthless season, fall in the lottery yet again, and then miss out on every big free agent they were rumored to get.

I already know how this second bubble story would end if the Knicks played anyway. With heartbreak and sadness and despair as the rest of the NBA laughs at us. Why risk having your players risk getting hurt or sick or both in a bunch of meaningless games in a bubble against the other loser teams? Unless Adam Silver is going to make it a tourney to improve lottery position, the Chicago bubble can go float to the moon for all I care. I'm not even worried about the Powers That Be rigging the lottery and dropping the Knicks to prove a point. If they didn't rig it to get Zion to New York, they aren't going to rig it to prove a point during a global pandemic. Let those other seven teams get their runs in while being cut off from the rest of the world while the Knicks are resting up and training and coming as close to enjoying life as they can during all this bullshit. Shit like that is how you turn around a franchise that's been slowly sinking to the bottom of the ocean like the Titanic ever since Iceberg Jimmy Dolan took over.

Don't look now but I think Leon Rose and Worldwide Wes may fuck around and actually save this abject disaster!

UPDATE: Welp, it looks like they were interviewing coaches instead.

I don't care though, I still believe Leon Rose and Worldwide Wes are still going to save us from James Dolan*!

*Because I have no other choice