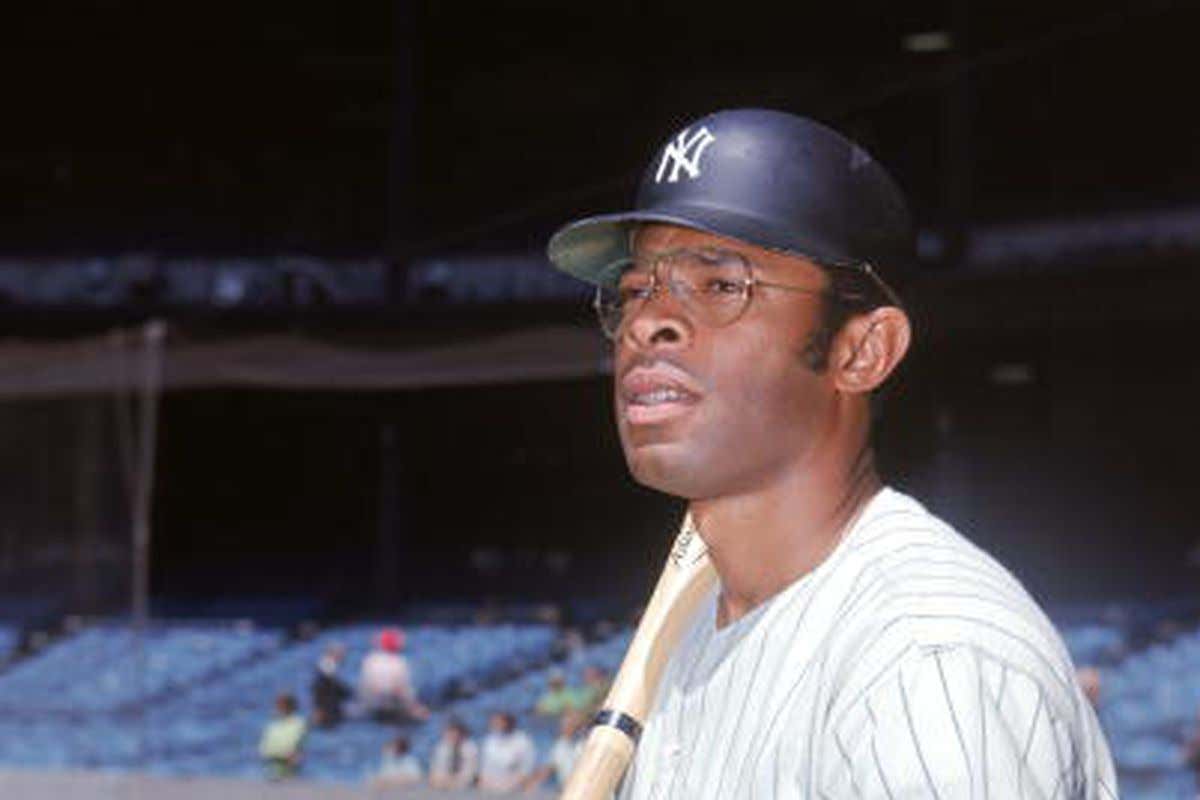 With a one out in the ninth inning, Horace Clarke of the New York Yankees spoils Joe Niekro’s bid for a no-hitter at Tiger Stadium. The Detroit Tigers knuckleballer would settle for a one-hitter, winning 5-0. It is the third time in one month that Horace Clarke broke up a no-hitter in the ninth inning, having spoiled history for Jim Rooker of the Kansas City Royals on June 4th and Sonny Seibert of the Boston Red Sox on June 19th.

Horace Clarke was born on June 2, 1940, in U.S Virgin Islands. Signed by the Yankees as an amateur free agent in 1958, he spent seven seasons in the minors before making his debut. When Horace Clarke joined the Yankees in 1965, they were a dynasty in decline as they were in the midst of their first losing season in 40 years. When Bobby Richardson retired, Clarke inherited the starting second base job for the Yankees. As more players from the glory days retired, Horace Clarke became the face of the team. He was not a very talented player but worked hard and became respected by the fans. For many Yankee fans, the lead period from 1965-1973 is known as the “Horace Clarke era.”

The 1970 Yankees managed by Ralph Houk were a solid ballclub as they posted a record of 93-69 but finished a distant second behind the Baltimore Orioles, the Yankees’ resurgence was sparked in part by Thurman Munson, who won the Rookie of the Year. June was the Yanks’ strongest month, as they posted a record of 17-7. In June, the Yankees were nearly no-hit twice, with Horace Clarke breaking up the no-hitter in the ninth in both games.

On June 4th at Yankee Stadium against the Kansas City Royals, were tied up in knots by Jim Rooker. The Royals had grabbed a 1-0 on an RBI single by Bob Oliver in the first inning. Stan Bahnsen kept the Yankees in the game, by not allowing another run. In the ninth inning, he was three outs from history as Horace Clarke led off the inning with a single for New York’s first hit. Clarke would later score on a double by Bobby Murcer. The Royals allowed Rooker to stay in the game until the 12th inning as the Yankees handed him a loss when Clarke hit a sac-fly that scored Jerry Kennedy for a 2-1 win.

On June 19th, the Yankees were in danger of being no-hit again, this time by Sonny Siebert of the Boston Red Sox at Fenway Park. Stan Bahnsen again made the start for the Yankees, this time he was smacked around, allowing five runs in five innings. Boston tallied their offense with the long ball as they got home runs from Mike Andrews, Reggie Smith, and Carl Yastrzemski. The Red Sox added two more runs in the eighth off Mike Kekich as Siebert came to the mound in the ninth inning, with a 7-0 lead. Once again, Horace Clarke ended the no-hit bid with a leadoff single. Clarke’s single sparked a four-run rally for New York, that was capped by a Roy White home run, as Sparky Lyle came in relief and earned the save as the Red Sox held on for a 7-4 win.

Facing knuckleballer Joe Niekro at Tiger Stadium on July 2nd, the Yankees showed little spark as Mel Stottlemyre allowed five runs. Niekro himself delivered the first two runs, with a single in the second inning. Later Detroit got home runs from Jim Price and Jim Northrup. Joe Niekro was nearly perfect on a Thursday Night in the Motor City, as he had just one strikeout. After getting Pete Ward to start the ninth with a fly ball to center, Horace Clarke hit a soft ground ball between second and first. Dick McAuliffe made a diving stop at the lip of the grass, but could not get the throw to first base in time to retire Clarke. Niekro would get the next two outs and won the game 5-0 with a one-hitter.