On episode 67 of Million Dollaz Worth Of Game the crew got into the top slow jams to have sex to. It even prompted Gillie to make a jail remix of “12 Play” by R Kelly for Wallo.

Songs they had mentioned in their top slow jams included  “Just Me and You” by Tony Toni Tone, “Freek’N You”by Jodeci, “Meeting In my Bedroom” by Silk and “Any Time, Any Place” by Janet Jackson. Wallo even said he used to listen to “How Do U Want It” by Tupac while he was having sex back in the day. It one of my favorite songs of all time but it's not really a slow jam but whatever.

I love R&B so you would think I would have a good opinion on this subject and have a pretty good playlist for sex. I wish this blog was me writing about the best songs to have sex to and sharing my personal playlist but for some reason I don’t have a playlist for sex. I just never thought about it. I don't really care what's in the background. It could be a TV show or a movie or any random song. Am I weird for that?

I feel like it’s cheesy as fuck if you’re hanging out with a girl and you put on Marvin Gaye "Lets Get It On". I don’t think that’s going to seal the deal for me and I actually think it’s probably gonna hurt my chances of actually getting laid that night because then it looks like I'm just there for that. Also what qualifies you to use the playlist? Do you only use it with someone you're dating, do you pull out for one night stands? Do you have different playlist for different points of the relationship?

I feel like more women would have a playlist set up rather than men. They're more thoughtful about those kinds of things. I personally don't need the ambiance or the mood to be set. If I'm having sex I'm thinking about the act not the music that's playing.

I thought it'd be a good idea to tag Trysta into this conversation since has been blogging about sex a lot recently (and because I don't have Alex Cooper's number). I decided to text her and ask her about her playlist she puts on during sex. She sent me this.

1. Why the fuck is it called LA Vice? Isn't that a detective movie from the 80s?

2. I'm surprised about the amount of Usher/The Weeknd Trysta used. I was expecting this playlist to be 80% them.

3. I wasn't familiar with the Flume song "Say It" but if I was at a girls house and we were hooking up and if that song started to play, I'd immediately stop what I'm doing and change the song.

4. I'm the biggest Childish Gambino fan ever but if I was getting with a white girl and the song "Redbone" came on I'd be thinking about the movie "Get Out" and I would be worried about my safety.

I could keep on critiquing Trysta's playlist but that would take all day. I think it's more weird to have a specific playlist for sex than not to have one. I'm gonna go back to just shuffling my phone and hope "Swang" by Rae Sremmurd doesn't come on. I think about my high school lacrosse goalie, Skinny K, every time it comes on. 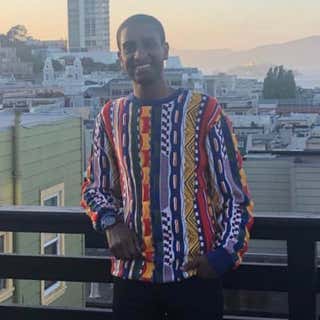