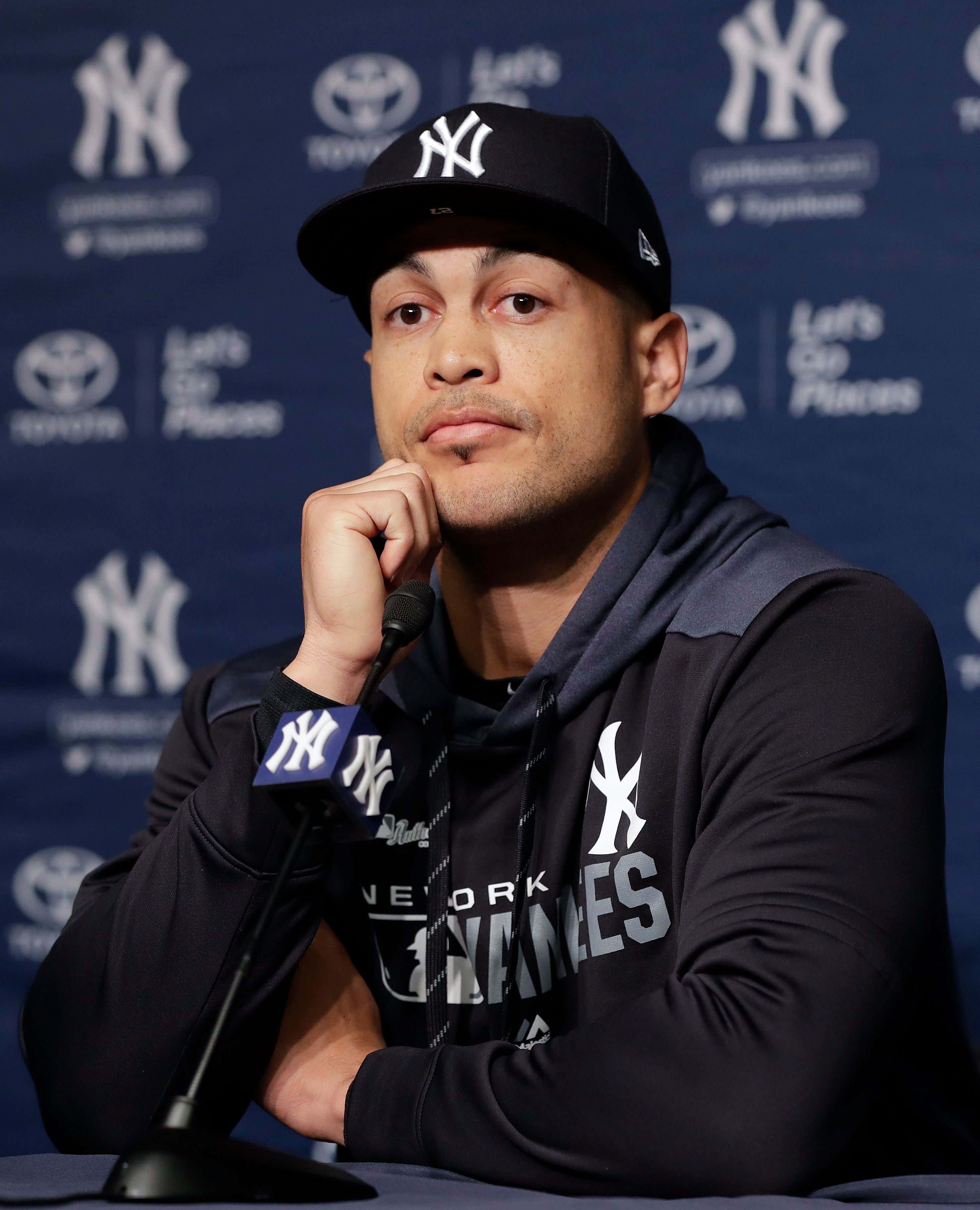 Today Brian Cashman spoke with the media about the current status of the Yankees as they head into Spring Training 2.0 starting tomorrow. A lot of what he said was awesome news. For starters Aaron Hicks will be ready for Opening Day which means despite having offseason Tommy John surgery he won't miss a game. Save that one in the back of your head for a trivia question down the road. James Paxton also will be ready to go for Opening Day despite undergoing back surgery during the spring. Cash was also very optimistic in Aaron Judge being ready for Opening Day. From all accounts it sounds like he was doing whatever he wanted in terms of drills down in Tampa over the last month. All of that is great news, but the one guy who continues to come up in question is Giancarlo Stanton.

Keep in mind Stanton suffered a grade 1 calf strain back in late FEBRUARY. Grade 1 being the least severe strain you can have. Here's today's update.

How could it even be in the realm of possible for Stanton to not be fully ready to go nearly five months later. He strained his calf, he wasn't shot. I know a lot of the Yankees were getting into Call of Duty Warzone over quarantine, but did Stanton get sucked into the video game Jumanji style? That's the only explanation. He was running from lions and tigers for the last few months. I simply do not understand how it's not a foregone conclusion that he'll be ready to go in the outfield at the end of next month.

Being just a DH isn't good enough. I don't mind Judge or Stanton playing DH during this shortened season. 60 games in 66 days is going to take a toll on these guy's already fragile bodies, but I'd much prefer that DH spot to rotate around and allow a bunch of guys to take breathers rather than just Stanton occupying it. He's 30 years old not 37, play the field. How are you not healthy right now?

I know a lot of Yankees fans resent Stanton, but I'm not wavering. Just like A-Rod he's going to have a break out postseason one of these years and I don't want to be on the wrong side of it. The guy works his ass off, wants to win, and loves New York, he just needs to run into some good luck on the health side and things will turn his way.

I just want more of this video below and less news about his calf.