As we're all still feeling the tremors from the aftershocks of that 6.5 magnitude Beliquake Sunday night, the world is pretty much divided as to whether Cam Newton is now officially the starting quarterback of the New England Patriots. Strange as that might sound, given he's a nine year veteran, just 31 years old, and has 4.25 times as many career wins as the rest of the Pats quarterback room put together. Not to mention one more league MVP than the entire history of the franchise among those individuals not named Brady.

The professional opinions vary. But it's more or less divided along a single fault line. The Patriots beat writers all pretty much agree it'll be an open competition, but Jarrett Stidham has the edge. And while I'm loathe to admit this, I guess I'm sort of a Patriots beat writer and that's my thinking as well.

The local talk show imbeciles are doing what local talk show imbeciles do, which is use the signing to be fake outraged, claim that Belichick doesn't know what he's doing, he's only signing Newton because he's panicked that Brady is working so hard in Tampa while Stidham isn't, and the whole situation is a disaster unfolding before their lifeless eyes. And to those hosts and those callers, I ask them what they'd be saying if Belichick had the chance to sign a veteran quarterback with Super Bowl experience for virtually nothing:

... and opted not to, for no reason. He'd be derelict in his duty and they'd be dragging him for that.

Nationally, it seems to be taken as a given that Newton is Belichick's QB1, automatically. The Vegas odds have made him the prohibitive favorite. And if I really had the courage of my convictions I'd put my son's college fund on Stidham five minutes ago. And I can see how, from the outside looking in, it would make zero sense to replace Tom Brady with a 4th round pick with no career starts and hand an MVP a Microsoft tablet. And even less sense that Newton would accept a backup role. Though to that I'll remind everyone that we're almost to the end of June and reportedly the only teams showing interest were the Pats or the Browns. So you take the better option, which is never, ever Cleveland. For anything.

The bottom line is, nobody has the first clue. Outside of Belichick. And he's already filled a Trapper Keeper with a lengthy, comprehensive list of ways to not tell anyone what the plan is. We can look for all the clues we want based on reps at training camp, who's working with which unit, and how the snaps are distributed during Fauxball season. But that information will only be given out on a need-to-know basis, which could be them breaking the huddle in Week 1, for all we know.

But in the meantime, I'm advising anyone who's still on Team Stidham to start to wrap their brains around idea of 2020 being the Newton Era in Foxboro. He's a not a perfect fit by any stretch. The Erhardt-Perkins system that the Pats have run since Charlie Weis was calling the plays puts more of an emphasis on precision passes than having a power arm. Which you might recall from all the times the previous QB's arm was compared to overcooked, non-al dente pasta products by Max Kellerman and other similar douchebags over the years.

And that simply hasn't been Newton's game. From his MVP season of 2015 through 2018, his completion percentage was 16th, 30th, 15 and 18th in the league. His passer rating has never cracked 100.0 for a season. His passing game was more built around deep balls. For example, in 2015 he finished eighth in the league in percentage of passes going 20+ yards in the air. In 2016, he was second. And while that's been a part of Josh McDaniels' schemes, those deep shots have typically been more of a "constraint" play, designed to force defenses to cover the whole field and open up the middle, the seams and the flats.

Though to be clear, that was Newton doing what the coaches called. When Mike Shula was replaced with Norv Turner in 2018, that changed overnight. Turner began running his attack more through Christian McCaffery. Newton's deep ball percentage dropped from 17th in the league the year before to 34th. He posted a career high completion percentage of 67.9%. And prior to getting his shoulder ripped to shreds late in the season, he had a passer rating north of 100 eight times in a span of 10 games.

The point being, given time and preparation, there's reason to think he can adapt to the Patriots system and that they can adjust the system to fit him. That's what coaching is. I like the way Mike Reiss put it; that the New England offense is about 75% what it is, and about 25% something that can be tailored to fit the players in it:

He uses the example of the way they took advantage of Jacoby Brissett's skillset to beat Houston in 2016. I'll add the way they utilized Cordarelle Patterson as an emergency running back for a few games in 2018.

And don't underestimate Newton's ability to succeed in a scheme that's heavy on sight reads and adjustments. His early season games in 2019, before he was lost for the year to a Lisfranc injury, were ugly. He was sacked six times with no touchdowns in two games on a bad team that saw the coach get fired. But it wasn't for a lack of Newton not having command of Turner's system, which was more complex than Shula's. Here's a good thread that demonstrates some of the pre- and postsnap adjustments Newton was making, even hobbled with a bum foot and no time to throw:

Just as importantly, don't sleep on the attitude Newton would be bringing with him to New England. A guy who had it all. No. 1 draft pick. Face of a franchise. MVP. One of the most celebrated players of his football generation. Then he had it all taken away from him. Even if, like he says, he's not bitter because he knew the Panthers would move on from him and it's just a business:

… just think about how hyper-motivated you'd be to lose all that. To have your franchise's faith in you shaken by the injuries you sustained while staying on the field to build a winning tradition. ESPN's advanced stats say that not only has he taken more of what they call "contacts" than any other quarterback, it's by a gap of like 200. He's a total outlier. He played hurt. He rehabbed from multiple surgeries. But he got dumped like he's Kevin Spacey or somebody. Now playing for a veteran minimum contract Richard Sherman called "disgusting." I can't help but think that might be exactly the mindset you want in the guy who's replacing the irreplaceable guy. Someone with something to prove to the world, coming into a new situation with a giant Sequoia on his shoulder.

Until further notice, I'm going to stick with my belief it's a competition that Stidham will eventually win because he's been groomed for this over the last year and a half and he's talented enough. But there's something about the idea of Newton shocking the world for a season and then cashing in on a $100 million deal (while the Pats collect that third round pick they were just robbed of) that sounds the perfect scenario in a post-Brady world.

One thing I do know: It'd sell a hell of a lot of shirts. Buy a bunch. 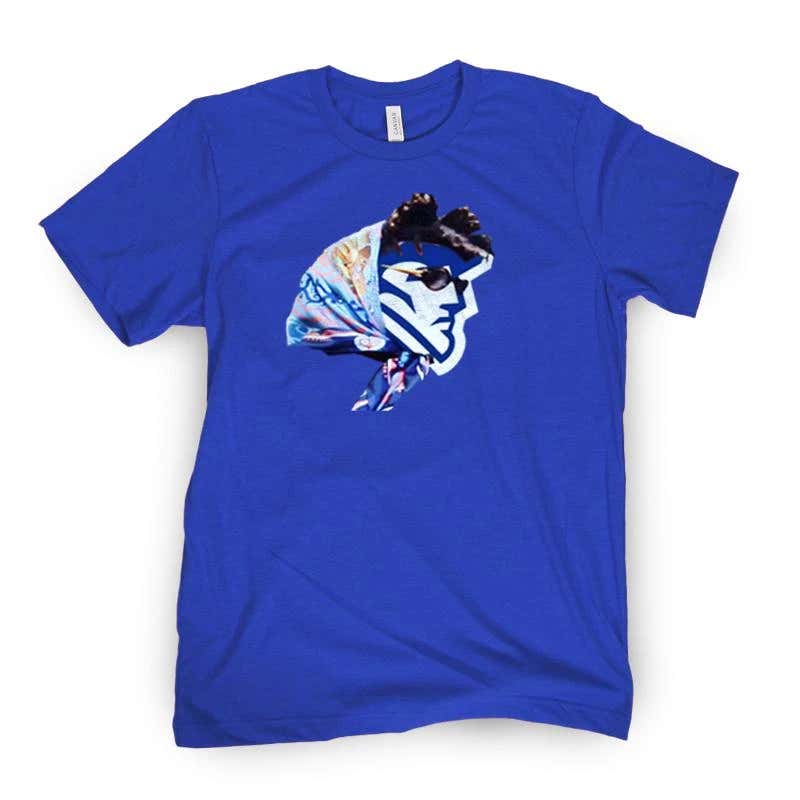