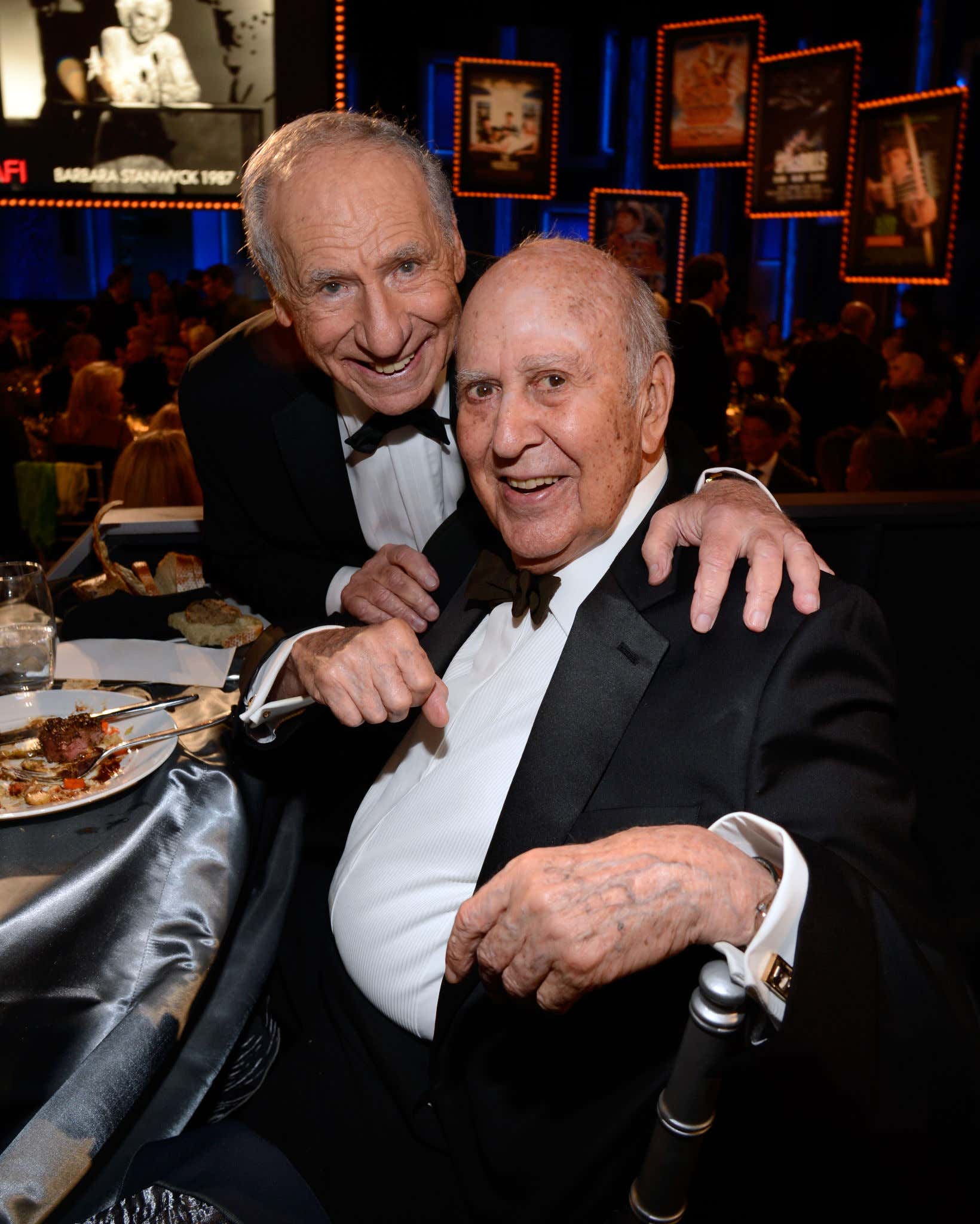 God knows that 2020 has had enough weapons-grade terribleness that the death of a 98-year-old who lived a great life probably shouldn't register on the awfulness meter. But when the deceased in question is the creative genius behind so much great comedy over the last 70-plus years, that's a reason to mourn.

Carl Reiner's career predates probably every single person who'll read this. The first entry I can find on his IMDB page is from a show called "The Fifty Fourth Street Review." In 1949. I didn't even know there was television in the '40s, much less series that ran 21 episodes like that one did. But his early career was one continuous strings hit shows that are synonymous with comedy in the early days of TV, from Milton Berle to "Your Show of Shows."

To this OK Boomer, he'll always be the creator of a show that I watched in reruns every day after school, "The Dick Van Dyke Show," which always struck me as ahead of its time for a show that takes place in JFK-era America. While hokey at times, it was cool and slightly edgy and stands up to this day. For Reiner, the show was semi-autobiographical, a sitcom about a family man who writes for a comedy variety show. As a matter of fact, it was supposed to star Reiner, but the production company wanted someone else, so Van Dyke was brought in and Reiner became the showrunner. And dropped in occasionally to play Alan Brady, the insufferable egomaniac who was the star of the show Van Dyke wrote for. Here's my personal favorite moment, when Van Dyke's wife Mary Tyler Moore (still my all time TV mom crush), let it slip on TV that Alan wears a toupee. It's a masterclass in comedic acting from both of them:

And just to illustrate the point about how far ahead of its time the show was, this is the longest laugh they ever had. It's the payoff of an entire episode where Van Dyke is convinced the hospital made a mistake and they brought home the wrong baby:

So I practically grew up on Carl Reiner. Starting with this show but carrying right over to the movies he directed. All the early Steve Martin movies, starting with "The Jerk":

… but continuing with "Dead Men Don't Wear Plaid" and "The Man with Two Brains" and "All of Me." And culminating with the John Candy vehicle "Summer Rental," that had absolutely no business being funny but hilarious, thanks to the star and the director.

But the people he'll always be associated with are his son Rob Reiner, and his collaborator of practically the last century, Mel Brooks. A few weeks ago the Irish Rose was watching "CBS Sunday Morning," because she loves when they do features about Broadway musicals or some cellist or whatever. And this week, there was something for me. Because they did a remote interview with Reiner and Brooks, who still live near each other. Who pre-quarantine were getting together every single day to sit together and break each other's balls like the lifelong friends they are. And who probably know each other better than their own families do. Thanks to bits like "The 2000 Year Old Man."

As a matter of fact, Reiner and Brooks undoubtedly worked together longer than any duo in the history of show business, given that their most recent movie credit for each of them is  "Toy Story 4," where they played Carl Reineroceros and Melephant Brooks. And somewhere in between 1949 and that one in 2019, Reiner was in the "Ocean's 11" movies, sitcoms like "The Bernie Mac Show,"  "The Cleveland Show," "Two and a Half Men," "Parks and Recreation" and "Bob's Burgers," just to describe the tip of his career iceberg.

We should all be so lucky as to live to be 98. But a life that long is made a hell of a lot more tolerable thanks to people that gifted at making people laugh. RIP, Carl Reiner.

UPDATE: This Tweet was from three days ago. It should hang in an art gallery forever. We should all go out this way.