CLEVELAND, Ohio (WOIO) - The growing calls nationwide to remove statues and symbols that represent past cruelty have now reached Cleveland.

The petition is calling for the removal of the Christopher Columbus statue in Cleveland’s Little Italy neighborhood with a bust of Ettore Boiardi, better known as Chef Boyardee.

Who knew Ohio was such a hot bed of cooking talent? The world's epicenter for cuisine. I've lived here for 27 years now, and I've never once been blown away by any Cleveland, Columbus, or especially Cincinnati dishes. But I guess I need to zip my lips and open my mouth a little bit more. Because in the past two weeks, we've made the national news twice for not only our incredibly hardworking cancellers calling for change in our statues and names of cities, but also for the fact that their proposed replacements are two of the GOATs in the food world: Guy Fieri and Chef Boyardee.

There's already 113,000 people who have signed the petition to rename the state capital from Columbus to "Flavortown", and now we've got at least 2300 people calling for the take down of the Columbus statue to rebuild one of the late great Chef Boyardee! 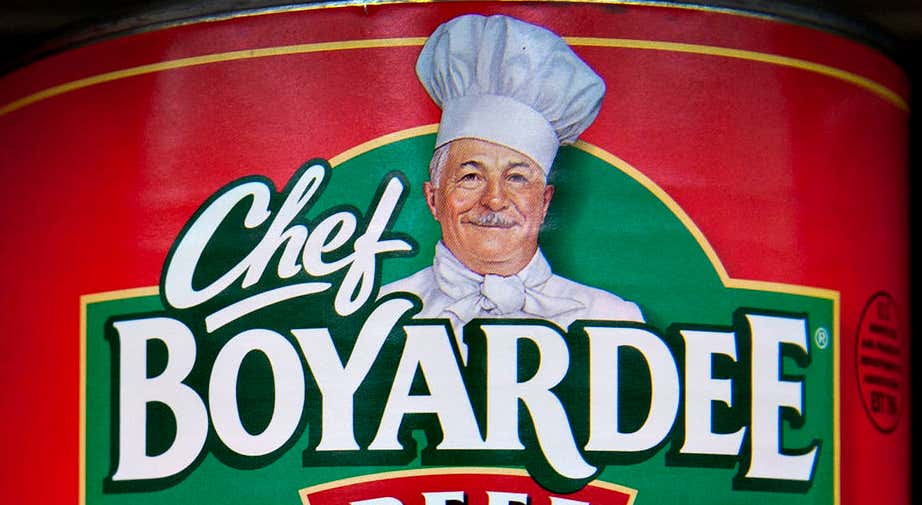 First of all let me apologize to the cheap ravioli king of the supermarket that I didn't actually realize he was a real person. But now that I know that, AND have been informed that his first ever restaurant was in Cleveland, I am officially ON BOARD with this. Why is he not the face of Cleveland? Move over Baker Mayfield. Look, I'm not saying his canned beefaroni is any good or anything (but neither is Baker). In fact, I'm saying it's disgusting. But it's so cheap that it keeps college kids and people in need afloat. And with Cleveland being the city of grit, idolizing Chef Boyardee and his 75 cent mini spaghetti rings and meatball cans seems like the perfect fit.

Can we just make sure that he has a 100% completely spotless past though? At least make sure that Italian people are okay with shitty spaghetti getting put up on a pedestal. Because statues are pretty darn expensive, and the cost of criticism and public outcry cannot be calculated. So I'm down with the move from Columbus to Boyardee, but we need to make sure he doesn't get cancelled too. Because I'm pretty sure you could cancel anything these days. Just talking Cleveland, I know the Indians team name is offensive to many. And the name Browns (while just being a last name) seems a little iffy too. I hope the cancel crowd doesn't get a hold of them. And even the Cavaliers term goes back to the English Civil War where I'm sure you can find something wrong with what they did in less than 5 minutes.