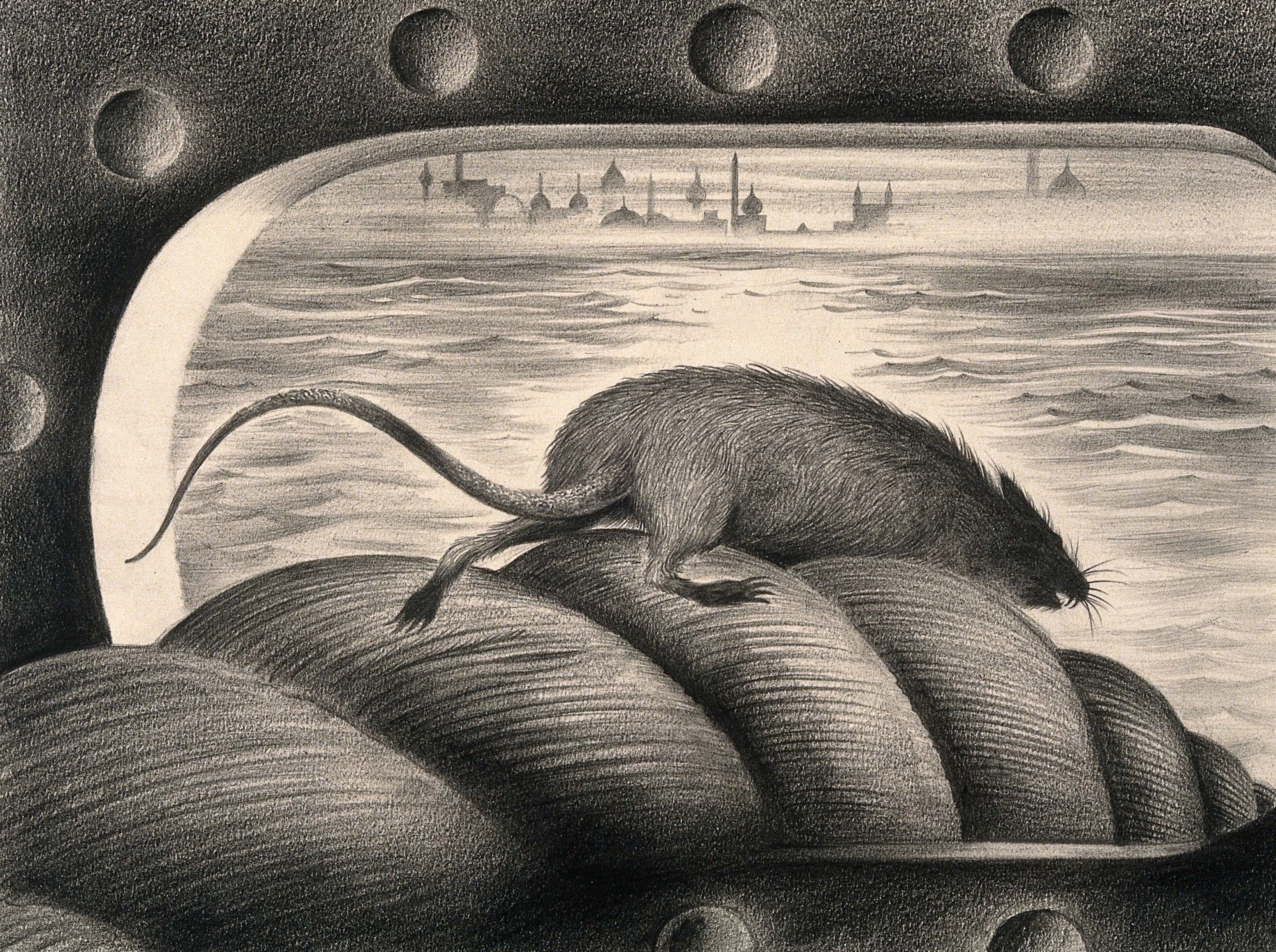 It's a fact of life- "all ships have rats". It doesn't really matter whether it's a cargo ship, an ocean liner or a Naval vessel, there's going to be rats on board. They hide in the bowels of the ship, but sooner or later you'll see their dark, grotesque silhouettes on a cold night, get a glimpse of their beady little eyes, hear them scampering across sea-soaked decks, or see them using their long, thick furless tails to balance themselves while traveling across the ship's rigging. And it's hard to eliminate them, after all, over time rats have proven themselves to be the ultimate survivors.

Rats are found in abundance on ships with lots of cargo and a good supply of food. When the food source is depleted, such as with abandoned ships, rats turn to cannibalism, feeding willingly on themselves. Dead rats become food for the living. Rats will always find a way to survive and that's what makes them so dangerous.

Rodents allowed to infest ships cause damage to ropes, woodwork, electrical wiring, and have devoured large portions of the crew's food. Seaworthy rats have spread plagues and were responsible for "Black Death". International diseases like Murine, Typhus, Salmonellosis, Trichinosis, and Leptospirosis have all been spread by rats. 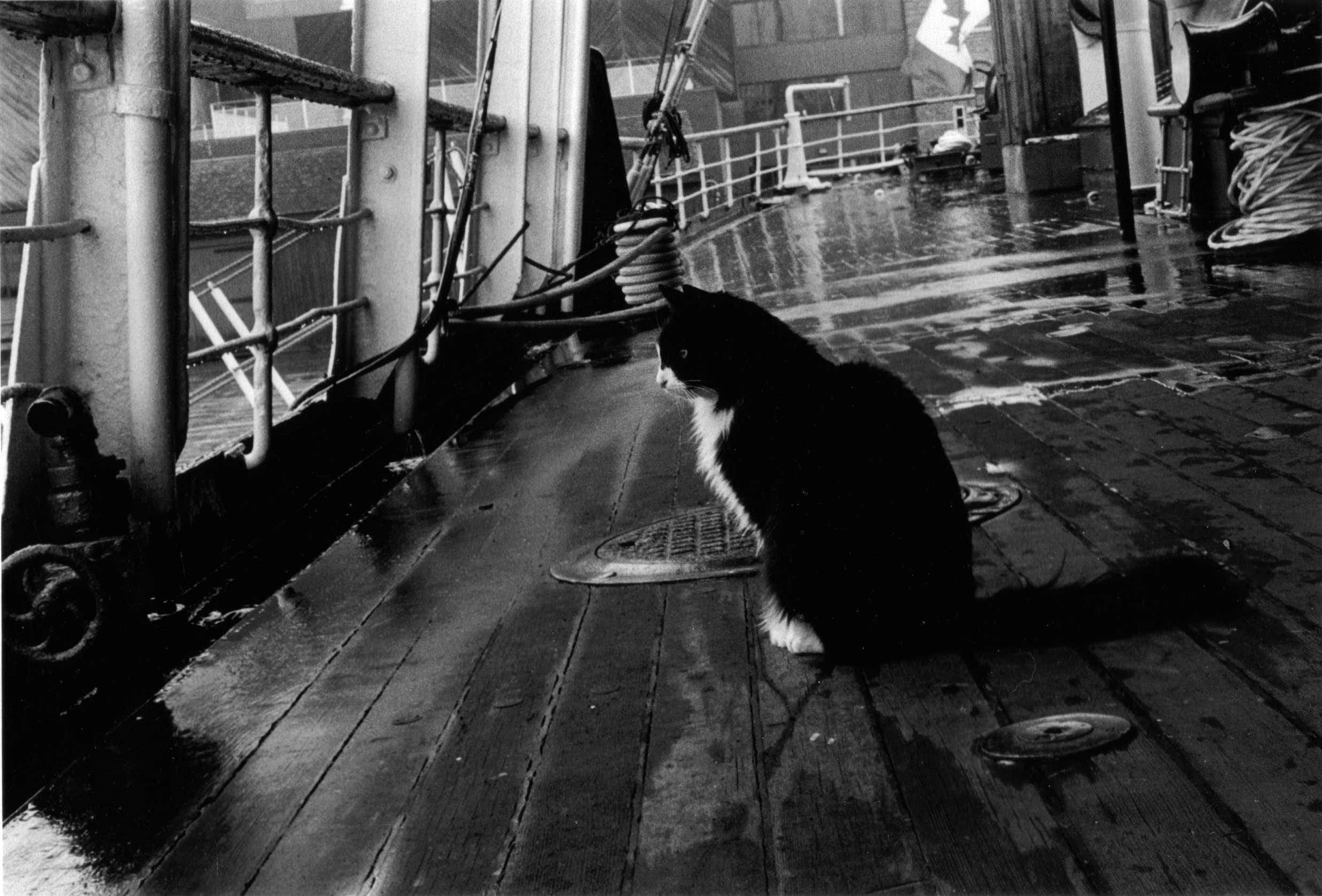 Some reputable shipping companies put forth huge efforts to rat-proof their ships. One method that has been used on many ships to reduce the rat infestation dates back to ancient times, it's called "The Ship's Cat". Cats naturally kill rodents and their presence on ships greatly reduces the rat population and in some cases, they have "deratized" ships.

It's normal for rats to nest in the lower portions of ships and it's in those lower sections that almost all ships, especially wooden ones, take in water. Folklore has it that when ships start taking in more water than normal, these rats would leave their nest and be seen jumping overboard, feeling their chance of survival is greater in the open seas than on a sinking ship. Many sailors who survived sinking ships have said they saw rats jumping overboard days prior and as a result, rats were credited with knowing in advance when a ship is going down. The expression "like rats leaving a sinking ship" was born from tales like these.

Rat populations aren't limited to the sea. On land, rats survive quite nicely in cities. In the basements of buildings, on city sidewalks, and anywhere trash is overflowing rats are likely to make their homes. There are many different types of rats, but their behavior is similar, search out nourishment and survive. 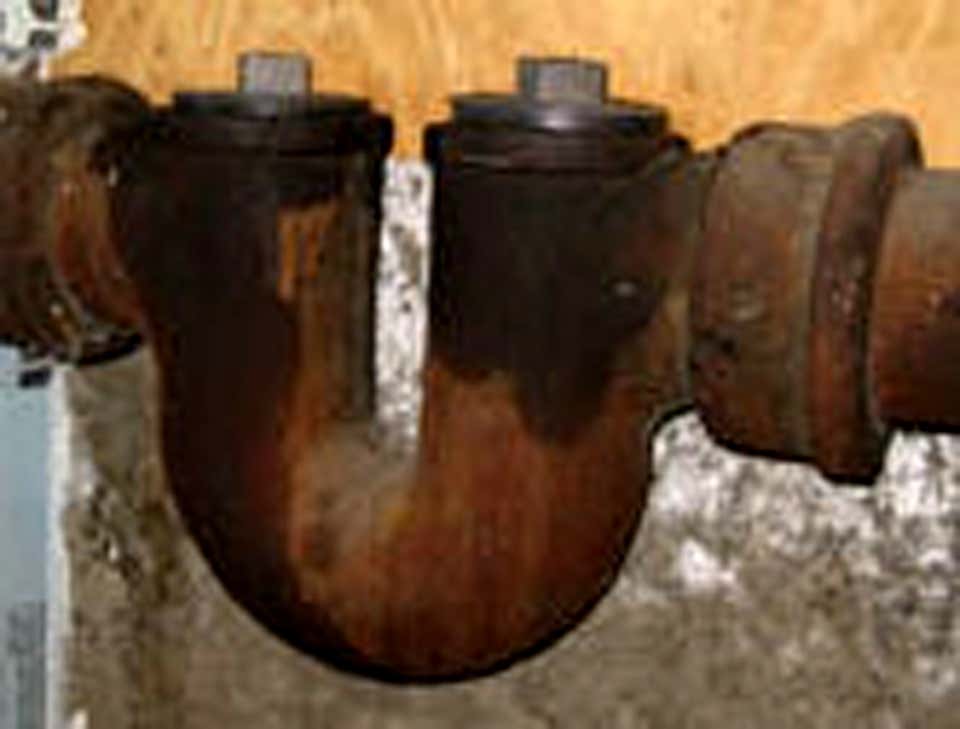 Rats utilize plumbing systems as tunnels, finding their way into buildings through drainage piping. At one time buildings in cities had "house traps", large-diameter running traps made part of the drainage system and located at the building's foundation wall. They served as motes to discourage rats from entering. Unfortunately, these U-shaped traps clogged too often with solid waste and unless there is documentation of rat infestation and special permission by a Plumbing Inspector, they're no longer allowed (MA Code).

Rats are not too unlike human beings. The need to survive is top on the lists of both species. But in reality, the presence of rats is easier to detect. They leave droppings, open containers, and by chewing through wires and ropes it becomes obvious they exist. On the other hand, human beings are much more clever than rats. They know how to cover their tracks and as a result are much more difficult to detect and potentially more dangerous.

Human beings are responsible for damages that far exceed the kinds of damage rats can cause. Humans can bankrupt entire industries, murder innocent people, been known to plunder and loot, embezzle, extort, corrupt, rape, lie under oath, commit homicide and genocide, they bully, hate, and are bigoted.

Human beings are on ships, in cities, run industry, rule countries, they're everywhere. Unfortunately, the ones that cause the most damage are usually the most difficult to catch. They're calculated, sneaky, and not to be trusted.

In the 1932 movie "Taxi", James Cagney plays Matt Nolan, a scrappy young cab driver with a fiery temper. In one scene, with a loaded revolver in one hand, he confronts his brother's killer through a locked door and famously says " Come out and take it, you dirty yellow-bellied rat or I'll give it to you through the door!"

Humans have always referred to the lowest members of their species as rats, but that may not be the case…