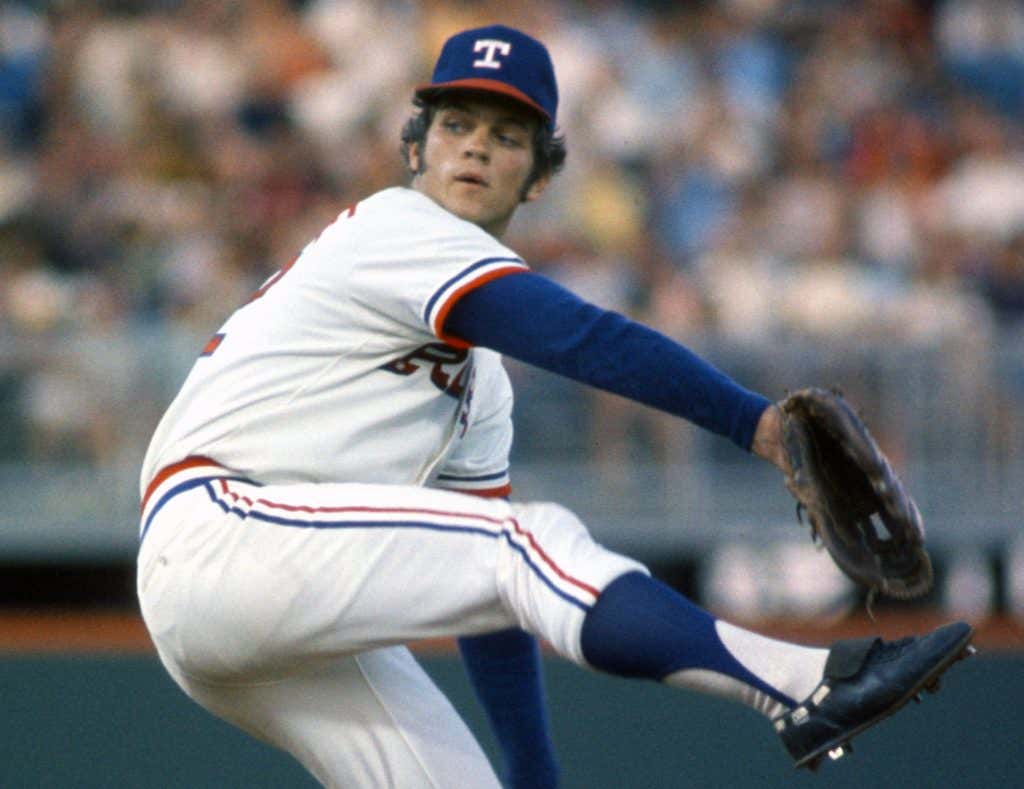 Three weeks after pitching his final high school game and being selected with the first pick in the MLB draft, David Clyde makes his debut with the Texas Rangers. Clyde’s debut is a boon for the Rangers who get a season-high crowd of 35,698 fans. David Clyde allows two runs on one hit with eight strikeouts as the Rangers beat the Minnesota Twins 4-3.

David Clyde was born on April 22, 1955, in Kansas City, Kansas. The son of telephone executive, David Clyde, move around as a child, before settling in Houston. At Westchester High School, Clyde dazzled, posting an 18-0 record, with five no-hitters. This caught the attention of Sports Illustrated and Newsweek as scouts labeled the left-handed phenom the next Sandy Koufax.

The Texas Rangers had the first pick in the MLB Draft in 1973. They lost 100 games in their first season in Texas and were on their way to 105 losses under manager Whitey Herzog. The Rangers in their second season in Arlington were last in attendance as owner Bob Short was facing default and bankruptcy. The Rangers would draft David Clyde with the first overall pick and signed him to a record $125,000 signing bonus as scouts called him the best pitching prospect in the history of baseball.

With the Rangers facing financial strains, management decided to bring David Clyde directly to the majors. With David Clyde featured in national magazines, the Rangers felt he could help their sagging attendance. The debut of Clyde drew an attendance of 35,698, which was 30,000 more than an average night at Arlington Stadium. The Rangers held a record of 23-43 entering David Clyde’s debut as they hosted the Minnesota Twins, who entered the game with a record of 36-36 for manager Frank Quilici.

The Twins had Jim Kaat on the mound facing the 18-year-old David Clyde making his debut. Kaat had made his debut in 1959 with the Washington Senators when Clyde was four years old. David Clyde showing some nerves, walked his first two batters, Jerry Terrell and Rod Carew. However, showing his limitless potential settled down and struck out the next three batters. Walks again were a problem for Clyde as four Twins reached base on balls in the second inning. Fortunately, Ken Suarez nailed two runners trying to steal second as Mike Adams hit a two-run shot to give Minnesota a 2-0 lead. The Rangers would answer in the bottom of the second with two runs on a two-out single by Dave Nelson.

David Clyde began to settle in during the third inning as he set down the Twins 1-2-3. In the bottom of the third, Texas gave Clyde a 3-2 lead when Toby Harrah scored on a sacrifice fly by Vic Harris. David Clyde again set the Twins down in the order in the fourth inning, striking out Larry Hisle and Phil Roof. The Rangers meanwhile added to their lead when Harrah singled home Elliott Maddox in the bottom of the fourth. In his final inning of work, Clyde walked Rod Carew for the third time but escaped further damage. David Clyde’s final line was five innings, one hit, two runs, with eight strikeouts and seven walks.

Bill Gogolewski came on to pitch the final four innings for the Rangers, allowing one run on three hits to earn the save as the Rangers won 4-3. The Rangers drew another big crowd when David Clyde made his second start. Clyde went six innings against the Chicago White before leaving the game with a blister. Seeing the large crowds, the Ranges decided to keep David Clyde on the roster for the rest of the season, rather than sending him to the minors to develop more slowly. The 18-year-old had his ups and downs, finishing 1973 with a record of 4-8 and 5.01 ERA with 74 strikeouts.

David Clyde won his first three starts in 1974, but concern began to rise over the handling of the young prospect as new manager Billy Martin quarreled with GM Bobby Brown. Martin had wanted to send Clyde to the minors, but the Rangers ownership wanted their biggest draw on the big league roster. Brown would step down as GM. David Clyde struggled the rest of the season, posting a record of 3-9 with a 4.38 ERA.

In 1975 David Clyde made just one start before suffering a shoulder injury. The Rangers finally would send him to the minors, as he toiled the next three years after undergoing surgery. Before the start of Spring Training in 1978, Clyde was traded to the Cleveland Indians with Willie Horton for Tom Buskey and John Lowenstein. In three seasons with Texas, Clyde had a record of 7-18 with a 4.60 ERA.

David Clyde pitched two seasons with the Indians, by now the luster and hype was gone as he went 11-15 with an ERA of 4.66. The Rangers reacquired David Clyde in 1980, but he never appeared in another game, as the Rangers declared him “damaged goods” as he suffered another shoulder injury. Clyde attempted a comeback with the Houston Astros in 1981 but spent the entire season in the minors. The following spring, at the age of 26, David Clyde announced his retirement.

David Clyde would become the poster child for a mishandled pitching prospect as he finished his career at 18-33 with a 4.63 ERA. Years later Whitey Herzog admitted he kept Clyde in games longer at the request of management. The Texas Rangers were saved in part by Clyde, as Bob Short sold the team in 1974. The damage was done as David Clyde’s arm was ruined, destroying any chance of him reaching the potential to be a great major league pitcher. Some have called the Rangers handling of David Clyde borderline criminal and the stupidest decision in the history of baseball.