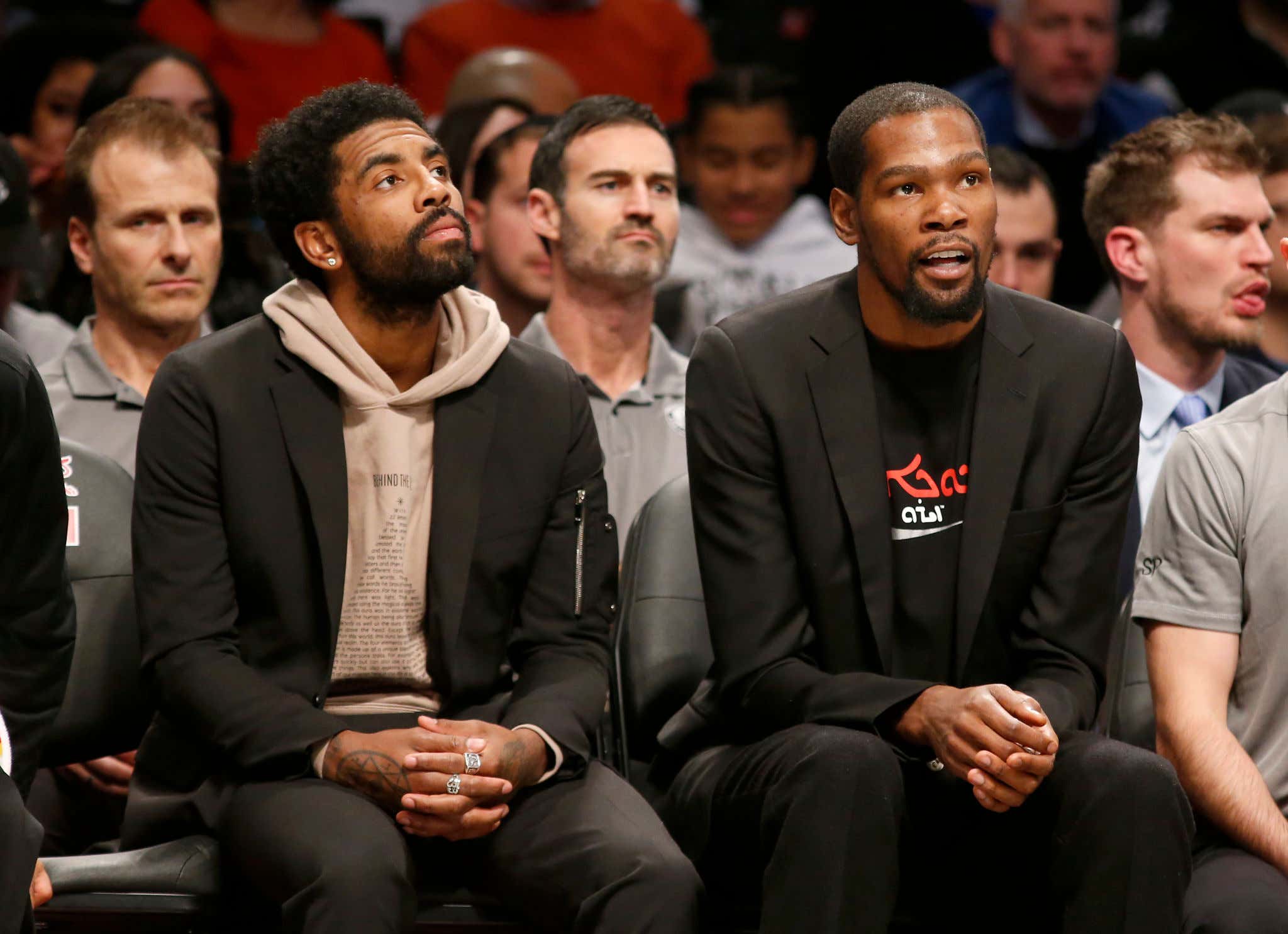 I find this pretty interesting for a couple reasons. For starters, Durant isn't the first "injured" star to say this. Remember a few weeks ago when John Wall basically said the same thing?

These aren't just your end of bench guys who are playing on teams that have no shot. These are star players, and in Durant's case someone whose legacy could be greatly impacted by another title. It doesn't get much bigger in terms of NBA talent than Durant and I can only imagine how insane it would be if he was 100% healthy and playing and still opted out of going to Orlando. Frankly nobody should be getting killed for making a decision like that, whether it's for safety concerns or family concerns but you know that's not what would happen with Durant. He'd be crucified.

The thing is, if Durant was healthy Kyrie probably doesn't shut down his season right? So would they both decide to skip Orlando? I don't even know how I would handle that as a Nets fan if that scenario actually happened. At least Durant had the awareness to say that it was easy for him to say now since he's injured, but part of me thinks he's too much of a competitor to sit out if he was healthy. We're talking about an all time great player who changes his entire narrative if he were to carry the Nets to a title.

But what this does do is show you that it doesn't matter what caliber of player it is in the league, guys aren't all that thrilled about the bubble. It's interesting to hear this from someone of Durant and Wall's stature though. You would think guys that have real chances to win the title would be all about Orlando, and to me a healthy Durant and Kyrie have just as good a chance in the East as anyone.

I just hope by this time next season we don't have to worry about a bubble or anything like that. Life is better when Kevin Durant is playing basketball, especially in the playoffs. Think what you want about some of the decisions he's made in his career, but there is no denying that watching him play basketball is one of the best parts of being alive during this era of NBA basketball