Alright so another PGA Tour player has tested positive for the coronavirus in Denny McCarthy. He's the third PGA Tour player to test positive since the restart 3 weeks ago at Colonial and he has withdrawn from the Travelers Championship. McCarthy shot an opening round 67, said he felt weird after the round then woke up in the middle of the night and felt even weirder so he decided to get tested and boom he tested positive.

On a recent episode of Fore Play the other day I had a doomsday/pessimistic view on all of this. I was worried that the positive tests of Nick Watney, Cameron Champ and a couple of caddies were going to snowball and the Tour was going to be forced to shutdown again. I think I feel differently now after giving it more thought. It feels weird to call any number of positive test a success but, if you look at the percent of positive tests inside the PGA Tour bubble, it is an extremely small number and way off the national average. It's never going to be perfect, and there will undoubtedly be more positive tests moving forward, but if the PGA Tour continues to shift their protocols week to week in order to contain the spread of the virus then I see no reason why they can't keep playing golf.

Here's the withdrawal timeline since the restart 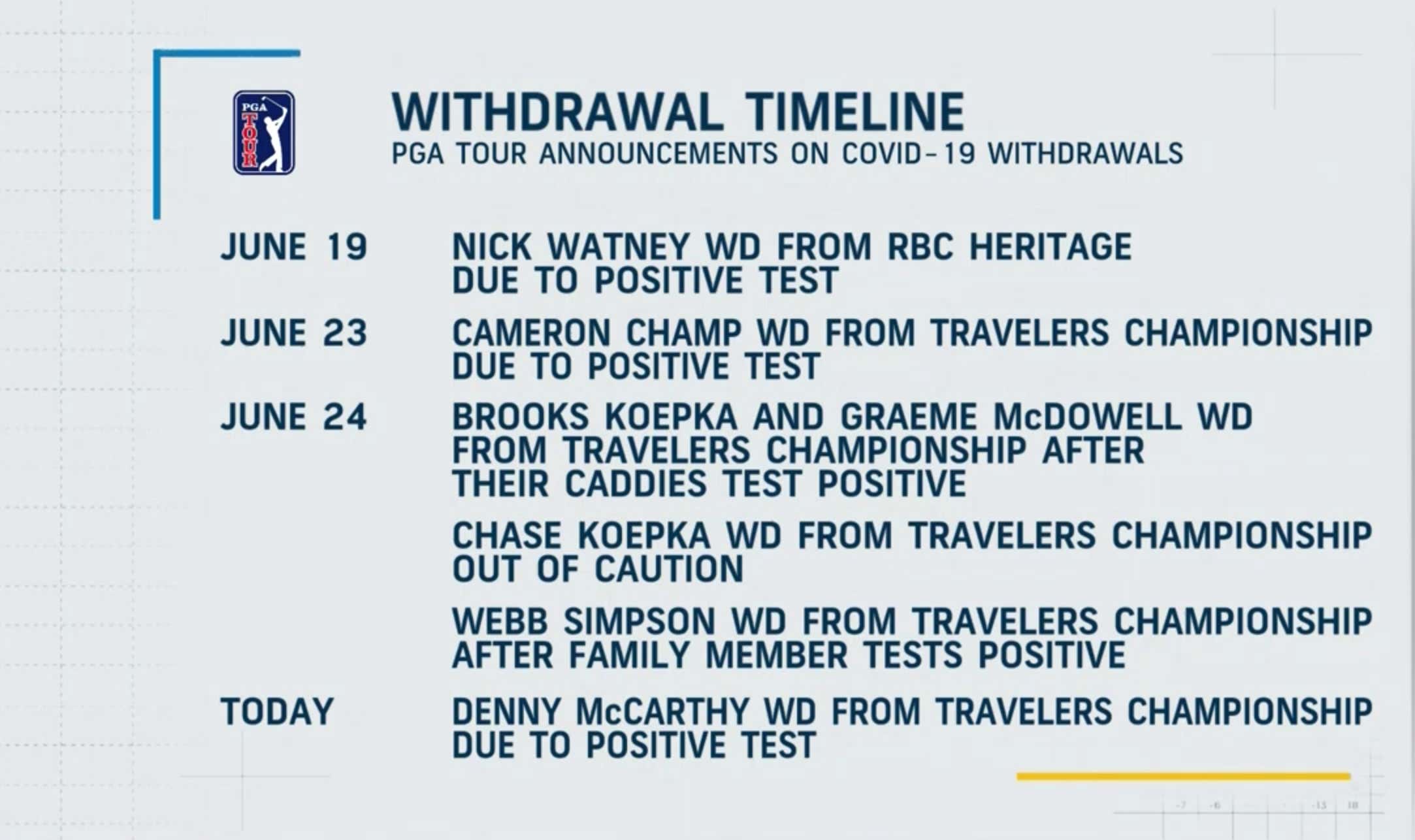 Sure things could be better (zero tests would be ideal but that seems impossible) but things could also be sooooooooooo much worse. Zooming out and looking at what has happened so far, I'd say so far so good. Keep up the testing, keep learning, keep adjusting the protocols to best fit the situation and I think the PGA Tour can keep rolling. Fingers crossed.