(DM)--Monkeys are rampaging through streets and shops in the Thai city of Lopburi while using an abandoned cinema as their HQ, new footage of the sex-mad macaques has revealed.

Before coronavirus locals tolerated the macaques - thought to number 6,000 amid a human population of 750,000 - because they attracted tourists who paid good money to feed them fruit and take pictures.

But lockdowns have stopped the tourists from coming which means the monkeys are running short on supplies, turning them violent and leaving locals struggling to keep control.

People have sought to appease them with junk food, but the sugary diet has turned them sex-crazed and that they are now breeding faster than before.

Areas of the city are no-go zones, with one abandoned cinema serving as the macaques' base - and cemetery of their warrior kings.

Dead monkeys are laid to rest by their peers in the projection room in the cinema's rear and any human who enters is attacked by the vicious hoards.

Man vs Beast. The ultimate showdown. A battle that has been raging since we humans figured out how to sharpen sticks and make fire. Now though, with Covid-19 forcing us inside, the animal kingdom is coming back strong. I went out to the suburbs visit my parents last weekend for Father's Day with my dog and my dad was thrilled that we were there. Not because he was happy to see me, but mostly because he's been at war with squirrels and he wanted to enlist my dog in the fight. He can't do it on his own. He's losing the great squirrel war of 2020. He's spent over $2000 on traps and exterminators and repairs to the roof where they chew through and sneak into the attic. He's in a war with squirrels and he's losing.

That is just one man, one yard, one house against probably only a dozen squirrels in St Charles, Illinois. Can't even imagine living in Thailand where monkeys are just running wild cumming all over the place, making more monkeys, and establishing strongholds and graveyards in the city. Part of that is actually kind of cool. Like, these things are savages, but...they're kind of like us. They honor their dead. They just do it at our expense and if you try to get near their headquarters then 50 warrior monkeys will rip your fucking face off. We tried cutting their balls off, tricking them with watermelons and bananas, and nothing works. They're making demands and the humans in Thailand are giving in 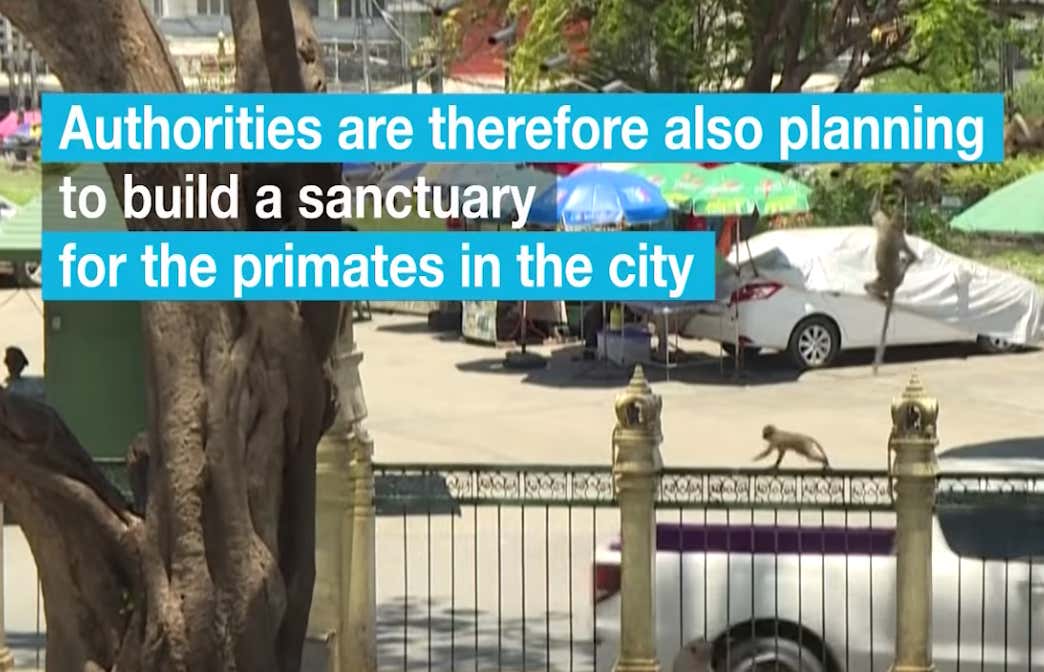 Oh sure, just go ahead and build them another base of operations. That'll stop them from encroaching on the rest of the city. This is the start of the Planet Of The Apes. We are fighting battles on so many fronts that we don't even realize that the Earth is turning into Jumanji. My dad can't beat back the squirrels, Billy Football is getting out-smarted by raccoons, rats are taking over every major city, and Thailand is ceding territory to monkeys. It's over for us.