I've been working for Barstool Sports for about three weeks now. I've made a decent amount of posts now and one thing that I've noticed is I've been getting a lot of comments like this:

"This must be some sort of sick joke? How'd this guy get a job at Barstool?"

"So I see barstool is just hiring anyone these days..."

"This guy is totally not Barstool! How'd HE get a job at barstool?"

"How are you working at barstool"

I could go on with this list for days, but let's get to the point. A lot of people want to know how I got my job at Barstool and that is not a surprise to me.

I assume you think it was a pretty basic process right? You think that one day I woke up with a dm from Gaz saying something along the lines of "Hey I work for Barstool and wanted to know if you'd like to chat about your plans for the future?" and maybe I even got a dm from KB saying something like "Me and Nick recommended you for a job at Barstool and we think you'd be a great fit, Gaz is going to talk to you," and maybe after a month went by I got the job with a starting salary of $500,000 a year? Well if you thought that, I've got news for you. You are terribly wrong. (I make a LOT more than that) (and that's not how I got hired).

Barstool has easily the most crazy and unique hiring processes I have ever seen.Let me explain.

Before I tell this crazy story let me get something out of the way. When I was approximately 15 months old, just a wee little baby boy, both of my parents were killed in a car accident. I obviously don't remember much of it because I was 15 months old but it did happen. I have no parents and I currently live with my uncle Vermon, my aunt Petunia, and my cousin Dudley. I won't lie I don't like them that much, because they are all assholes. So when Barstool gave me the opportunity to relocate in New York City I was quite thrilled.

Anyways getting back to the story, It was the morning of April 13th, 2020. It was very early in the morning and I had just gotten out of bed and I saw that the mail had come. I didn't think much of it until I walked over to pick up the stack of letters and saw that the top letter was addressed to me, with a little Barstool logo stamp in the top right corner. 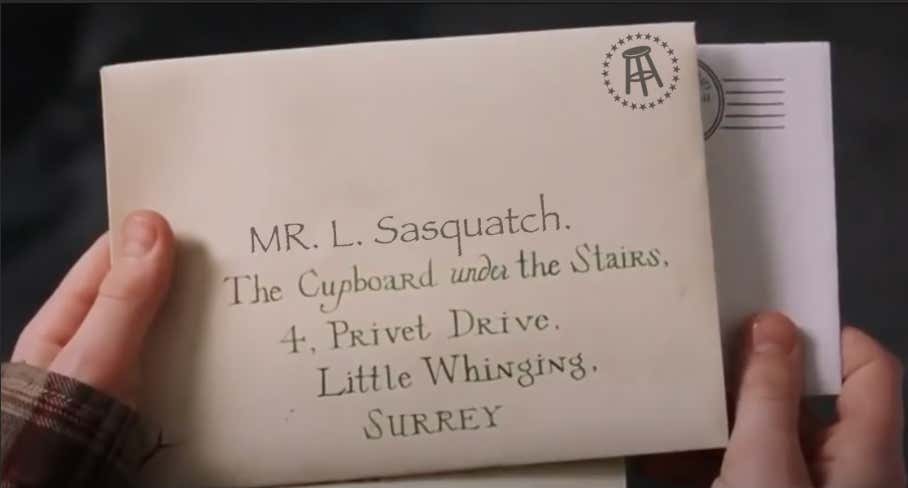 Just as I was breaking the seal of the envelope my cousin Dudley grabbed the letter out of my hands and ran away with it yelling "Look! Look! He's got a letter! He's got a letter!" My Uncle Vermon immediately snatched the letter away from Dudley and looked at it himself. I asked for it back multiple times but he refused and wouldn't give me an answer as to why I couldn't open a letter that was addressed to me.

This stuck with me the whole day. Why would he not let me open the letter? Why did he have a weird look in his eyes when he saw the Barstool stamp in the corner of the envelope? I didn't know but I couldn't stop thinking about it.

About two days later I remember hearing the sound of a drill over by our front door, I went to get a little peak and I saw my Uncle Vermon literally drilling the mail box shut while repeating the words "No more mail through this letter box!" in his deep British accent.

He seemed very passionate about making sure I did not get another letter from Barstool sports. This only made me more curious.

Over the next few days I received more and more letters from Barstool but my Uncle Vermon was on a mission to not let me read these letters. I remember one night walking into our living room and seeing him sitting there with a stack of letters tossing them into the fire one by one.

This went on for days. Until Sunday. We were sitting in the living room by the fireplace. It was Me, Dudley, Uncle Vermon, and Aunt Petunia. I remember my Uncle Vermon ranting to me about how Sunday was his favorite day of the week because on Sunday the post office is close. This meant I couldn't get any more letters...Or so we thought. Out of no where hundreds, maybe even thousands of letters start shooting down the chimney and into the house. It was like something out of a movie. Every single letter addressed to "Mr. L. Sasquatch" from Barstool Sports. The letters continued to fill the house as chaos broke out. My Uncle Vermon screamed and pinned me to the floor. I was so close to getting ahold of a letter but he held me down with a strong grip.

That night my Uncle Vermon and Aunt Petunia decided to move us out to a small old house in the middle of no where, temporarily until Barstool gave up and stopped sending us letters. They hoped if we relocated in the middle of no where Barstool wouldn't be able to find me or get in touch with me. Unfortunately Uncle Vermon and Aunt Petunia's plan worked. The letters stopped coming. I was quite upset because I figured that there was no hope and I would never know what Barstool sports wanted from me and why they were sending me literally thousands of letters.

Luckily I was wrong. It was a dark and stormy night, about two weeks after I received my first letter from Barstool. Everyone in the house was asleep until we were woken by a loud bang on the door. Not a normal knock, but a bang. A bang so loud it couldn't have been someone simply asking if we were home, it was someone who was coming into the house whether we welcomed them or not.

Uncle Vermon reached for his shotgun as we all watched the door bust off it's hinges and fell to the floor. We sat there frozen like deer in headlights. The stranger entered and said "Hello, my name is Gaz. Where can I find a Mr. L. Sasquatch?" I stepped forward nervous as ever and he handed me a letter. The exact same letter I kept seeing. The exact same letter my Uncle Vermon was stopping me from reading. I began to read the letter out loud.

We are pleased to inform you that you have been offered a position as a content creator at Barstool Sports located in New York City."

My uncle Vermon ran over and grabbed the letter yelling "He will not be going! We swore when we took him in we would put a stop to all this rubbish!"

This is where things got a little messy.

Gaz revealed to me that apparently when I was a baby my parents were murdered by a man Gaz referred to as "He who must not be named." They weren't actually killed in a car accident, like I've been told my whole life by my aunt and uncle. The man who killed my parents attempted to kill me as well. He was capable of killing any human in his reach but for some reason he couldn't get me to budge. Apparently this is where the scar on my forehead originates from. 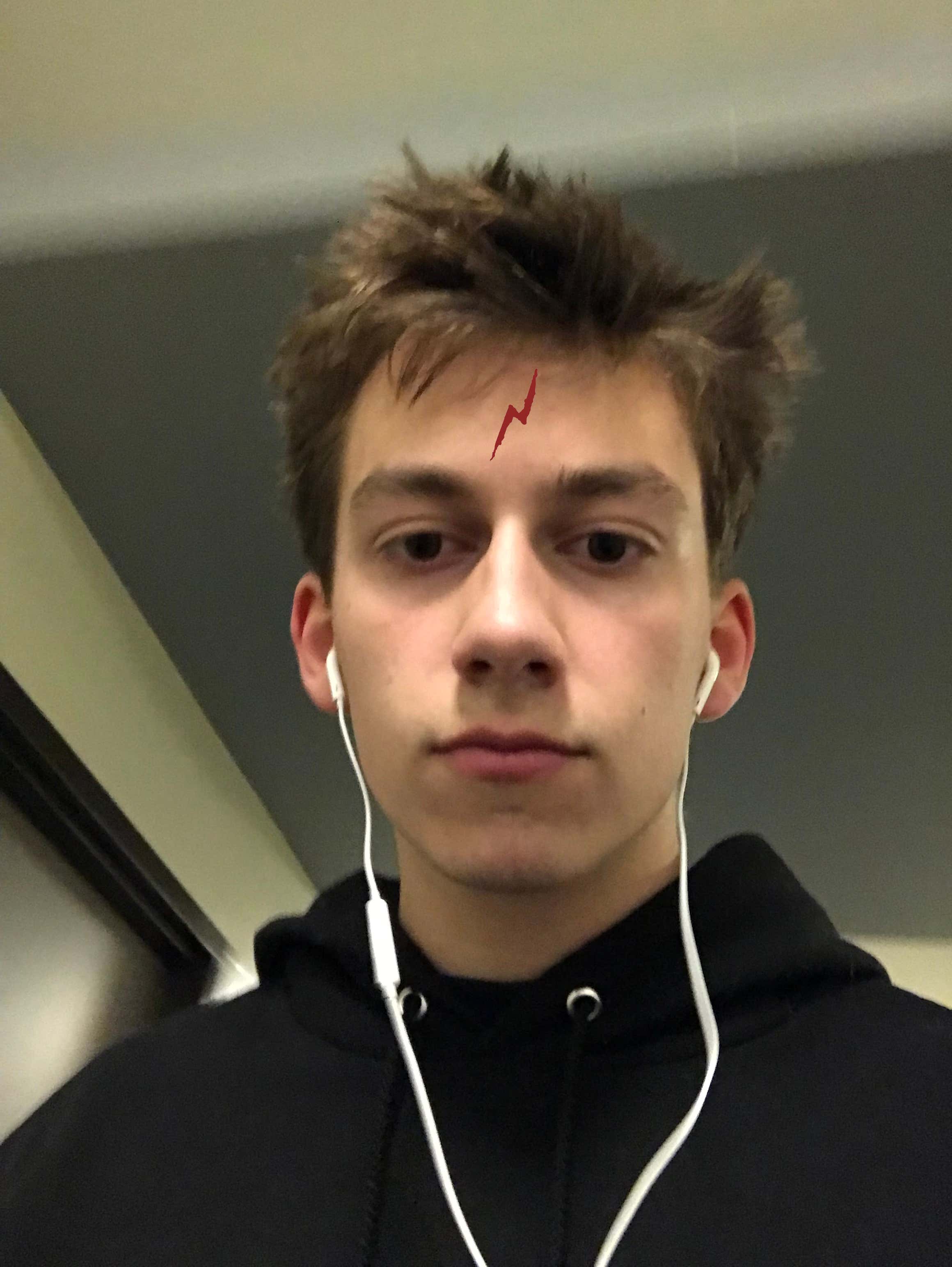 Gaz then went on to reveal that I am some sort of "chosen one" when it comes to content creation. My parents were two of the greatest content creators to ever walk the earth and were killed before they ever had a chance to reach their full potential. Gaz said it would be a shame if he had to watch my gift go to waste. Therefore I accepted Gaz's offer and now am officially working for Barstool sports and will be in New York City in August.

So, I know this is a lot, but I felt like you guys deserve to know the full story since you keep asking how I managed to get a job at Barstool sports. Trust me this is a lot for me just finding out all of this information within the last few weeks, so if you're surprised I am working at Barstool, imagine how surprised I am.