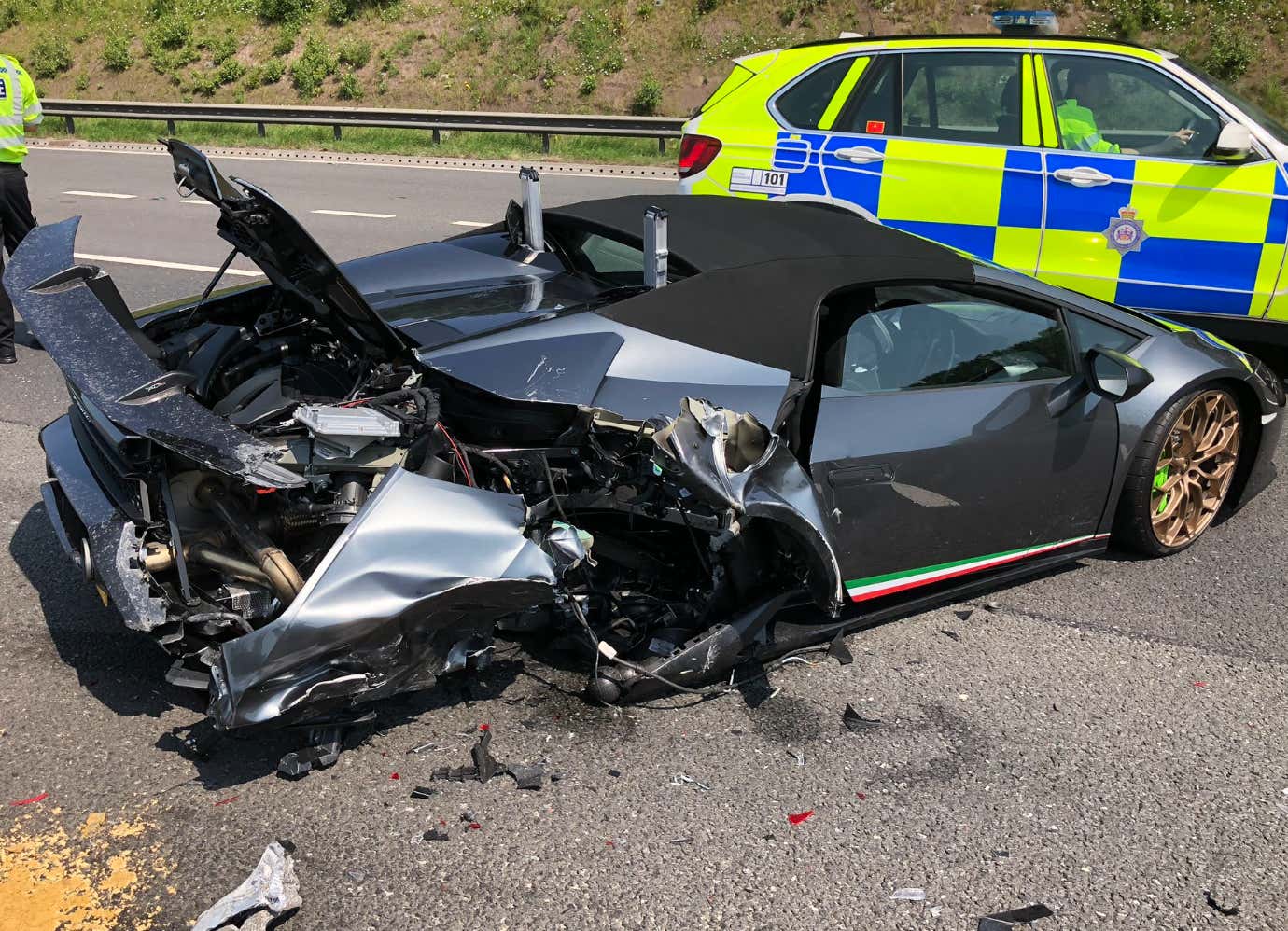 NYP - A “brand new” Lamborghini was totaled in a crash — just 20 minutes after being taken out of the showroom, UK police said.

The unlucky driver behind the wheel of a black Lamborghini Huracan Spyder — which reportedly start at just under $265,000 for 2020 models — stopped due to a mechanical failure Wednesday on the M1 in West Yorkshire when it was struck from behind by an “innocent motorist,” West Yorkshire police tweeted.

I've always said that if i was super rich, I'd be way, wayyyyy too anxious to drive one of these nice cars on the road because everyone and their mother sucks at driving. It doesn't matter who you are, where you're from, or what you did, there's a 99.9% chance you suck at driving. And what's wilder, you can actually be a good driver but one ill-timed sneeze, one baby turtle crossing the road, or one hand drum on the steering wheel gone awry and you're in a 4 car pile-up.

And in this case, apparently it wasn't even the Lamborghini driver's fault that he crashed...the fucking thing "stopped due to a mechanical failure". The hell????? You spend $265k for a new Lambo and the thing can't even drive for 20 minutes without breaking down? Incredibly poor ROI. Maybe the worst I've ever seen.

But there is some good news- I feel like if you can afford a brand new Lambo, you can just dial up another one. Maybe I'm painting with broad strokes here, but I feel Lambo owners aren't down to their last dime. They didn't go to the bank with rolls of quarters to put the down payment on the Huracan Spyder. So the spin zone is the driver gets a good story to tell at fancy cocktail parties, a piece of metal to hang on the wall, a very annoying conversation with the insurance company, and then ultimately, a new Lamborghini. Could be worse.