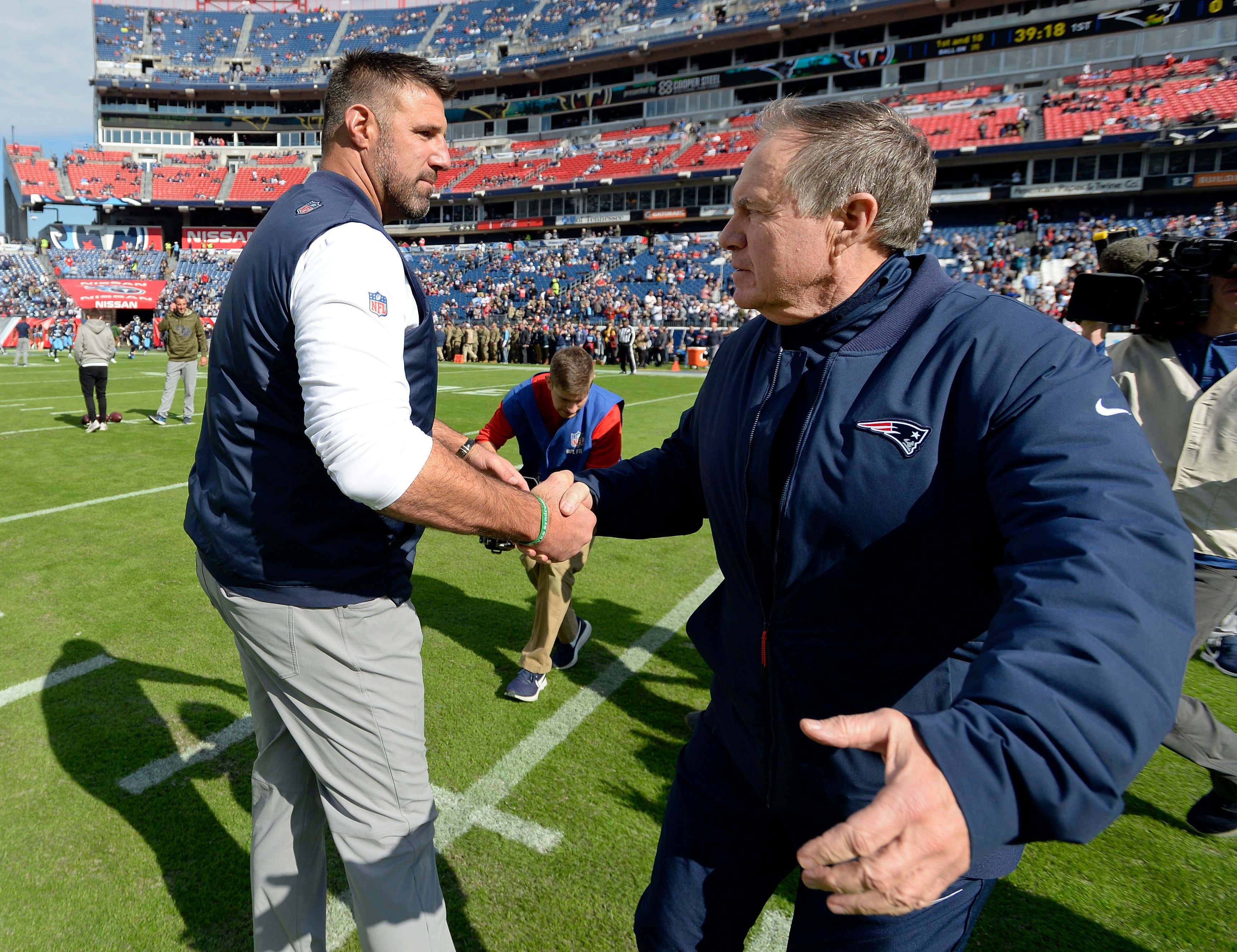 If you haven't totally succeeded in repressing the memory of 2020's very first swift cosmic kick to your groin with steel-toed boots, the dog's breakfast that was January 4th's Wild Card playoff between the Patriots and Titans, you might recall this sequence:

That was when Tennessee was clinging to a 14-13 lead, on the New England side of the field with around seven minutes to go, and started taking multiple intentional false start penalties just to bleed the clock. By the time they were done and punted it away,  the Pats had just 4:44 left. Here's what the sequence looks like on the Pro Football Reference boxscore:

So they ate up around 2:30 of game clock while running just one competitive play. It was diabolical. Brilliantly done by Mike Vrabel. And completely legal. In fact, Belichick pretty much invented it. He'd pulled it earlier in the year on the Jets. So it was another example of the Padawan learning from the Jedi Master.

Vrabel was asked about it by the NFL Network's Dan Hellie yesterday. And the tickle he was getting from assistant John Streicher up in the booth giving the play-by-play of Belichick's reaction:

Q: "You're bleeding the clock, taking the penalties, the loophole that Belichick kind of made famous. Did you glance across the field and see how pissed off he was?"

Vrabel: "Stretch did. Stretch was upstairs. He was like, 'You gotta see Bill. Bill's losing his mind. [Laughter] It’s all relative, you know what I mean? I was like, ‘Hey, we’ve got to finish this game off and we’ll see what happens.’ It was only done four times last year. It’s got to be the right situation."

Ahh, good times, good times. It's not often the GOAT of coaching, who's destroyed many more careers than he's created by an order of magnitude, gets to be laughed at. And the history of guys who rodeo-clowned him is not a happy one. Vengeance, ultimately, is his. Most men who have mocked him thus wind up broken, destitute, forced to wander the Earth as desiccated, empty husks of their former selves. Or worse, on ESPN panel shows.

So enjoy yourself, Vrabel. You deserve it. You were paying attention all those years ago when Belichick rescued you from the bottom of Dick LeBeau's depth chart and turned you into a three time champion and eventually, a head coach. So make the most of the moment while you can. But as Henry V said when he was taking shit from his French cousin The Dauphin, "Millions more will weep as did laugh at the jest."