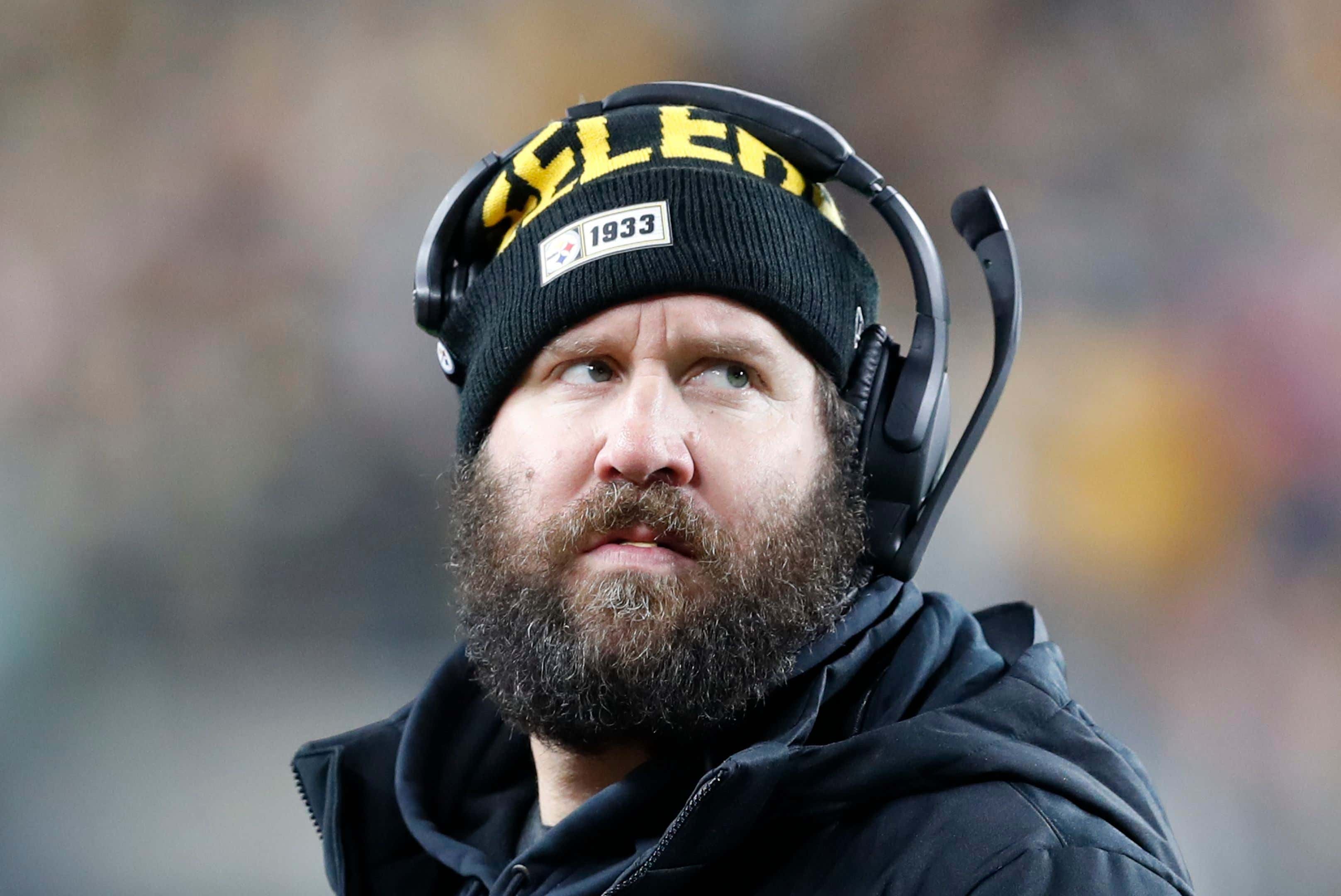 Daily Mail - Ben Roethlisberger opened up last weekend about his personal issues, admitting to past addictions to alcohol and pornography.

The Pittsburgh Steelers quarterback made the comments as part of a ManUp Pittsburgh virtual conference aimed at Christian men in Western, Pennsylvania. On Tuesday, multiple media outlets reported details of Roethlisberger's conversation with ex-Steelers player Tunch Ilkin, who served as one of the event's hosts.

He credited his 2011 marriage with bringing him back to his religion. ...

'I was baptized as a kid, my parents took me as a baby. But I didn't make that decision,' he said. 'So three years ago now, I made the decision to be baptized because I felt like I needed to do that. I wanted to have a closer walk, a better relationship with Jesus, with my wife, with my kids, with my family -- become a better person. So I think the person that brought me to Him was Jesus."

Is it possible we have had Ben Roethlisberger all wrong all this time? And by "we" I mean "I." Because few things in this world have given me so much joy over the years as ridiculing the man. From as far back as 2010 when he got charged with sexually assaulting an underage girl in the janitor's closet in a bar and I called him "Ben Rapelisberger," and it became the first Barstool t-shirt I ever inspired. Then there was the Sports Illustrated expose about him going around western Pennsylvania wreaking havoc with an entourage of sketchy hangers on who traveled in his wake like suckerfish swimming after a shark as he harassed pregnant waitresses and walked out on his tabs. Right up to the time America's Sweetheart circa 2018 Stormy Daniels said he creeped her right the hell out:

So while I'm happy if Ben got right with God, brah, and straightened his mess up, I'd be lying if I said I'm not a little disappointed that this might cost me someone to mock. Not that just getting baptized and dropping Jesus' name in conversation absolves you from criticism. It doesn't work like that. Religion isn't an Immunity Necklace you wear to life's Tribal Council. You've got to work at the whole redemption thing. At least that's what they used to tell me when we could still go to church in Massachusetts like we can buy liquor and scratch tickets. But it's not my or anyone else's place to question Roethlisberger's sincerity.

It sounds for all the world like he's a guy who hit some sort of spiritual rock bottom. What Samuel L. Jackson in "Pulp Fiction" called "a moment of clarity." A literal "come to Jesus" moment. And turned to his faith to find salvation and be a better person for his family. And when that happens, I think it's something we can all feel good about. Even those of us who've so much fun over the years belittling the man. It's a positive message about the power of religious faith to inspire people to be better. So I hope it's sincere and I hope it sticks.